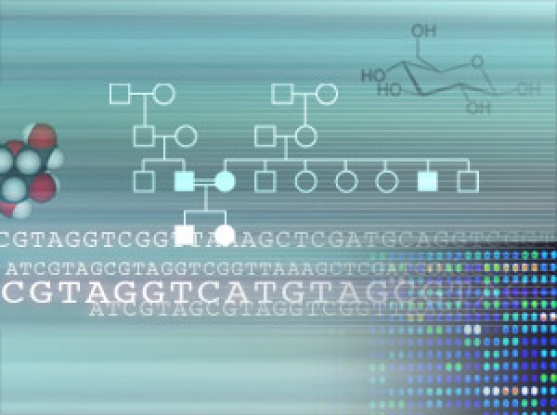 The Broad Institute, Lund University and Novartis today announced the completion of a genome-wide map of genetic differences in humans and their relationship to type 2 diabetes and other metabolic disorders. All results of the analysis are being made accessible, free of charge on the internet to scientists around the world. 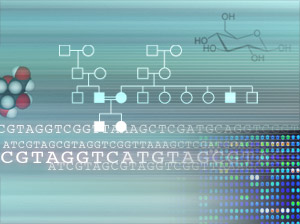 The Broad Institute, Lund University and Novartis today announced the completion of a genome-wide map of genetic differences in humans and their relationship to type 2 diabetes and other metabolic disorders. All results of the analysis are being made accessible, free of charge on the internet to scientists around the world.

The work is the result of a pioneering public-private collaboration known as the Diabetes Genetics Initiative (DGI), which was formed in 2004 and is aimed at deciphering the genetic causes of type 2 diabetes. The collaboration brings together diverse expertise in diabetes and metabolic disease, human genetics, genomics, statistical analysis, and drug development.

"These discoveries are but a first step. To translate this study’s provocative identification of diabetes-related genes into the invention of new medicines will require a global effort. We hope many will race to do so," said Mark Fishman, President of the Novartis Institutes for BioMedical Research. "We hope as well that others adopt this novel and effective mode of open collaboration between scientists and physicians, in business and academia, and dedicate work to our patients by making the data quickly and freely available to all."

Type 2 diabetes and related cardiovascular risk factors, including obesity, high blood pressure, and high cholesterol, are among the most common and significant public health challenges in the industrialized world. Their incidence continues to climb despite advances in biomedicine, highlighting the need for new insights into the disorders’ root causes and novel strategies for prevention and treatment. Although type 2 diabetes clearly runs in families, suggesting the importance of inherited factors, its genetic origins remain largely unclear.

In October 2004, the DGI announced a three-year plan to test a small fraction of all human genes for their possible roles in type 2 diabetes. Driven by recent advances in the knowledge of human genetic variation, high-throughput genomic technologies, and computational methods for data analysis, the partnership is now releasing the results of a systematic survey of every gene in the genome — roughly 20,000 genes in total. The data include detailed clinical information from more than 3,000 type 2 diabetes patients in Sweden and Finland, and analyses of 500,000 genetic differences encoded in each patient’s DNA.

"The Human Genome Project, HapMap database, and new genomic tools have made it possible for the first time to screen the genome for DNA variations that contribute to common diseases," said principal investigator David Altshuler, director of the Program in Medical and Population Genetics at the Broad Institute and an associate professor at Massachusetts General Hospital and Harvard Medical School. "Since diabetes and cardiovascular risk factors are influenced by many genes, environment, and behavior, these powerful new tools are required to pick up the effect of any one genetic risk factor."

Canvassing the entire genome, not just the genes already thought to influence type 2 diabetes, will allow scientists to gain novel insights into the disease's genetic underpinnings — information that could potentially lead to the development of new, more effective therapies.

As a so-called "complex" disease, type 2 diabetes is influenced by several genetic factors that when combined, can significantly increase a person’s risk of disease, but alone exert only small effects. Initial analyses of the data generated by the DGI reflect this complexity. Given the subtle nature of each genetic variation and the importance of subsequent scientific validation and replication, the partnership’s conclusions have yet to be released pending peer-review and publication. However, the public availability of the results enables scientists in academic and industry laboratories worldwide to access the data without delay, and to develop and test their own hypotheses about the genes that contribute to type 2 diabetes.

"We have seen a dramatic rise in the number of people who suffer from type 2 diabetes over the past decade, and new treatments are needed," said principal investigator Leif Groop, a professor in the Department of Endocrinology at Lund University. "Genetic contributors to disease can provide new clues that might, in the long run, point to new approaches to diagnosis, prevention, and therapy."

About the Diabetes Genetics Initiative

Formed in 2004, the Diabetes Genetics Initiative is an international collaboration of the Broad Institute of MIT and Harvard, Lund University, and Novartis. Collaborators include scientists from the Jackson Heart Study and the University of Southern California. The Broad Institute team includes scientists from its partner institutions, which include Harvard Medical School, Massachusetts General Hospital, and Children’s Hospital, Boston.

Results from the Diabetes Genetics Initiative are made publicly available at http://www.broad.mit.edu/diabetes/.