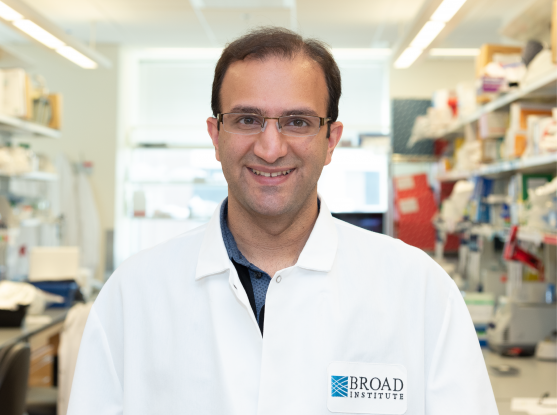 Credit : Allison Dougherty, Broad Communications
Sharif Tabebordbar led the team of researchers that developed MyoAAV, a new family of viral vectors that that could lead to safer gene therapies for genetic muscle disease
By Natalia Mesa

Genetic muscle diseases lead to progressive muscle wasting and often early death, with few treatment options and no cure. Some gene therapies that use a harmless virus to deliver a functioning copy of a disease-causing gene to cells have shown promise in clinical trials for a subset of muscular dystrophies, but have faced challenges. High doses of the gene-carrying virus are needed to reach the muscles throughout the body and the viruses used in these trials often end up in the liver more than in the muscle. This has led to high levels of the virus in the liver, severe adverse side effects, and even death in some trial participants.

Researchers at the Broad Institute of MIT and Harvard and Harvard University have developed a new family of adeno-associated viruses (AAVs) — the gene-delivering workhorse of gene therapy — that improve targeting of the muscle tissue, which could be safer and more effective for patients with muscle disease. This group of viral vectors, which the researchers call MyoAAV, is more than 10 times more efficient at reaching muscle than those currently used in clinical trials and largely avoids the liver. The team showed that, because of this increased efficiency, MyoAAV can be used to deliver therapeutic genes at around 100 to 250 times lower doses than other viral vectors used in other studies and trials, potentially reducing the risk of liver damage and other serious side effects.

In a study published in Cell, Sharif Tabebordbar, a research scientist at the Broad, and collaborators describe how they modified the outer protein shell of AAV, known as the capsid, to create MyoAAV. They did this using a method they developed called Directed Evolution of AAV capsids Leveraging In Vivo Expression of transgene RNA (DELIVER).

Using MyoAAV, the researchers delivered either therapeutic genes or the CRISPR-Cas9 gene-editing system specifically to muscle cells. They improved muscle function in mouse models of Duchenne muscular dystrophy, the most common form of genetic muscle disease, and of a rarer disease called X-linked myotubular myopathy. The researchers also found that MyoAAV can effectively deliver gene therapies to muscle in nonhuman primates and to human muscle cells.

“I watched my dad get worse and worse each day. It was a huge challenge to do things together as a family – genetic disease is a burden on not only patients but families. I thought: This is very unfair to patients and there's got to be a way to fix this. That’s been my motivation during the 10 years that I've been working in the field of gene therapy,” said Tabebordbar, who is in the lab of Pardis Sabeti, institute member at Broad and a professor at Harvard University.

“There have been many capsid engineering studies, which we’ve learned a lot from, but what we’ve done here is very comprehensive. We’ve evolved a family of capsids, found the mechanism by which it delivers genes, showed that this mechanism is conserved between species, and showed that we can provide a therapeutic benefit in animal models with an extremely low dose of the virus. Now we’re extremely excited about how this can be used to enable effective drug development for patients,” said Tabebordbar.

Homing in on muscle

The field of gene therapy has made significant advances in restoring functional copies of dysfunctional genes for a range of genetic diseases. Delivering functioning genes to muscle cells has shown promise for treating muscle diseases, but has been challenging.

“Scientists have been doing preclinical work for in vivo gene therapy for the last 15 years and have made tremendous progress. We know that if you get enough of the drug into the target tissue, it's going to be efficacious. It's all about delivering a safe dose of the virus,” said Tabebordbar.

Tabebordbar and his team started with AAV9, a commonly used gene-delivery vehicle in gene therapy, and used DELIVER to improve its ability to shuttle genes into muscle cells.

The researchers first generated millions of different AAV capsids by adding random strings of amino acids to the portion of the AAV capsid that is exposed on the surface of the virus and binds to cells. They then injected the capsids into mice and non-human primates and sampled and sequenced muscle tissue throughout the body to look for the capsids that had successfully delivered their genetic cargo. They found a family of capsid variants — MyoAAV — with a unique surface structure that specifically targets muscle cells and used MyoAAV for the next step: attempting to treat genetic muscle disease in animal models.

“Our method is unique because we screened a wide array of capsids and used very stringent selection criteria. We wanted to find capsids that could not only physically enter the cell, but also proceed through different steps of transduction and express their transgenes,” said Tabebordbar.

In the mouse model for Duchenne muscular dystrophy, MyoAAV carrying CRISPR-Cas9 led to more widespread repair of the dysfunctional gene, called dystrophin, in muscle tissue compared to the conventional AAV9 carrying the CRISPR components. The muscles of the MyoAAV-treated animals also showed greater strength and function.

In collaboration with Alan Beggs’ lab at Boston Children’s Hospital, the research team showed that MyoAAV was also effective at treating X-linked myotubular myopathy (XLMTM) in mice, a disease that is lethal after about 10 weeks in these animals. After receiving a 100 times lower amount of the virus that is currently used in clinical trials, all six mice treated with MyoAAV in the study lived as long as normal mice, while mice treated with AAV9 lived only up to 21 weeks of age.

“All of these results demonstrate the broad applicability of the MyoAAV vectors for delivery to muscle. These vectors work in different disease models and across different ages, strains and species, which demonstrates the robustness of this family of AAVs,” said Amy Wagers, a co-senior author of the study, and professor and co-chair of Harvard’s Department of Stem Cell and Regenerative Biology and senior investigator at the Joslin Diabetes Center. “We have an enormous amount of information about this class of vectors from which the field can launch many exciting new studies.”

The research team, which included graduate students Kim Lagerborg, Alexandra Stanton, and Simon Ye in the Sabeti lab at Broad, believes DELIVER has the potential to make highly specific viral capsids for any type of tissue, which could spur the development of gene therapies for genetic diseases affecting various organs with unmet medical need.

“We have developed a family of viral capsids that exquisitely targets skeletal muscle, that we’ve been able to test through multiple preclinical stages and in multiple disease models,” said Sabeti. “We went through many, many preclinical steps to find something that may potentially be ready for the clinic in the near future.”

Support for this research was provided in part by an anonymous philanthropic gift, the Howard Hughes Medical Institute, Sarepta Therapeutics, the Chemical Biology and Therapeutic Sciences program at the Broad Institute, the American Society of Gene & Cell Therapy, the National Institutes of Health, the Glenn Foundation, the Muscular Dystrophy Association USA, and the Anderson Family Foundation. 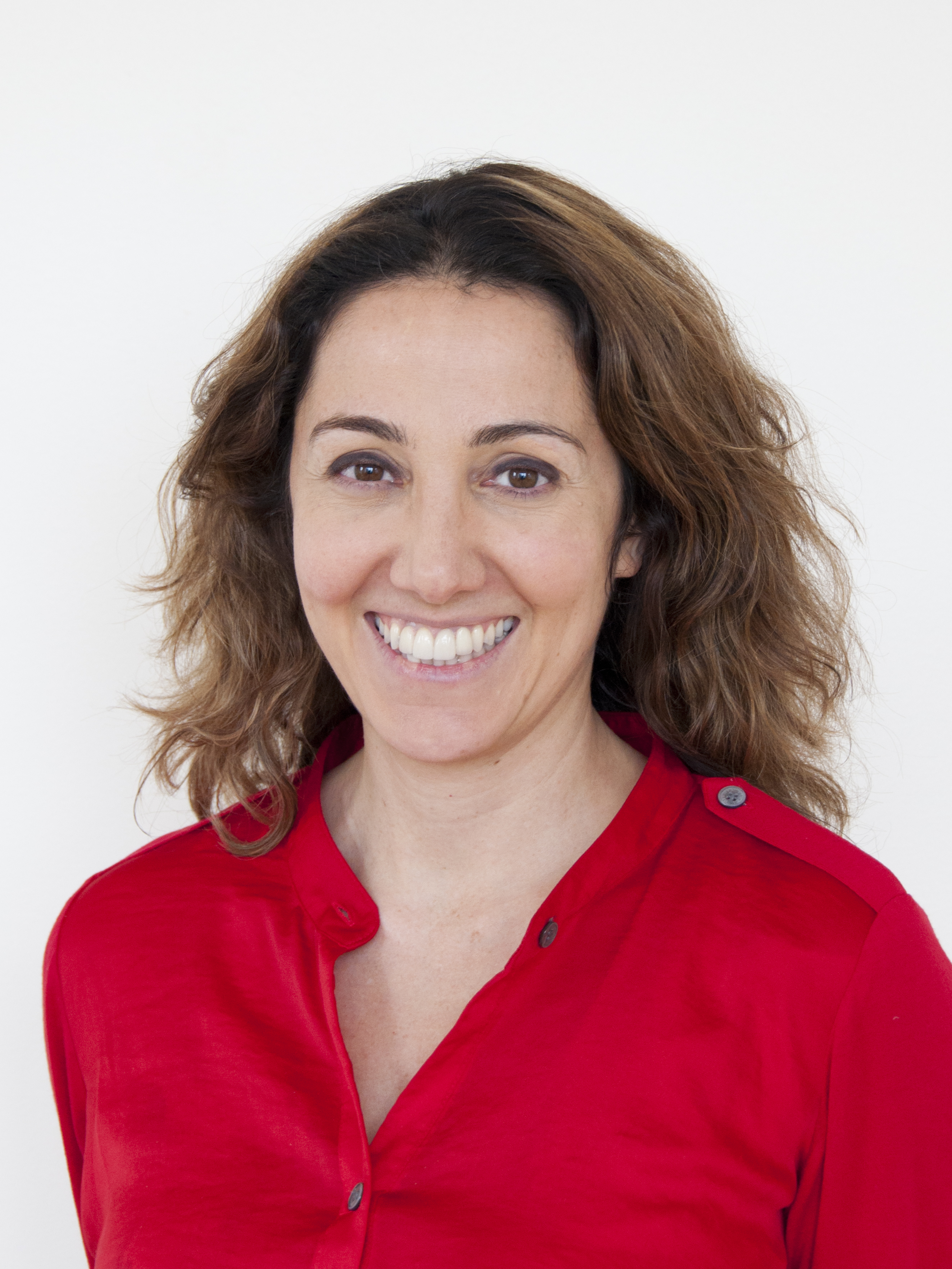