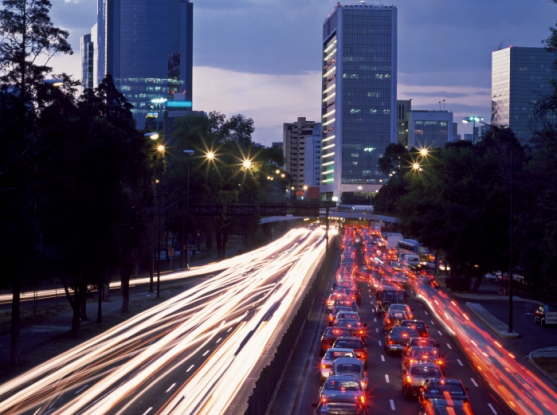 For almost a century, researchers have known that cancer cells have peculiar appetites, devouring glucose in ways that normal cells do not. But glucose uptake may tell only part of cancer’s metabolic story. Researchers from the Broad Institute and Massachusetts General Hospital looked across 60 well-studied cancer cell lines, analyzing which of more than 200 metabolites were consumed or released by the fastest dividing cells. Their research yields the first large-scale atlas of cancer metabolism and points to a key role for the smallest amino acid, glycine, in cancer cell proliferation. Their results appear in the May 25 issue of the journal Science.

“There’s growing interest in the role of metabolism in cancer, but studies to date have focused on one or two very specific pathways,” said senior author Vamsi Mootha, co-director of the Broad Institute’s Metabolism Program and a professor at Harvard Medical School and Massachusetts General Hospital. “We took an unbiased approach, looking at all of metabolism, and the glycine pathway emerged.”

Mootha and his colleagues developed a technique known as CORE (COnsumption and RElease) profiling, which allowed them to measure the flux of metabolites – the precursors and products of chemical reactions taking place in the body. Most of the time, when researchers measure metabolites, they are taking a snapshot of metabolite levels at a certain point in time. But, just as taking a photo of a highway will not reveal how fast traffic is moving, such measurements do not show which metabolites cells are rapidly consuming or expelling.

“Using CORE, we can quantitatively determine exactly how much of every metabolite is being consumed or released on a per-cell, per-hour basis,” said co-first author Mohit Jain, a postdoctoral fellow in the Mootha laboratory. “We can now start to derive flux or transport of nutrients into or out of the cell.”

The team applied CORE profiling to the NCI-60, a collection of 60 cancer cell lines that have been studied by the scientific community for many decades. Data about drug sensitivity, the activity of genes and proteins, rates of cell division, and much more are publicly available for these cell lines, which represent nine tumor types. The team’s compendium of information about metabolites has also been made publicly available.

One of the most striking results of the new data is how the pattern of glycine consumption relates to the speed of cancer-cell division. In the slowest dividing cells, small amounts of glyine are released into the culture media. But in cancer cells that are rapidly dividing, glycine is rapaciously consumed. The researchers note that very few metabolites have this unusual pattern of “crossing the zero line,” meaning that rapidly dividing cancer cells consume the metabolite while slowly dividing cells actually release it.

“The metabolic activities that enable cancer cells to proliferate quickly or slowly are poorly understood,” said Jain. “But across these 60 cell lines, we clearly see this association between how fast cells are dividing and how much glycine they are taking up.”

“The CORE method is a kind of screening effort,” said co-first author Roland Nilsson, who completed his postdoctoral work in the Mootha laboratory and is now at the Karolinska Institute. “It’s a way of searching for metabolic activities that might be interesting. You can take those and proceed to other experiments to validate.”

In addition to looking for metabolites that correlated with rates of cell division, the team also looked at the expression of almost 1,500 metabolic enzymes. Enzymes required for biosynthesis of glycine within the mitochondria were among the most highly correlated.

“We have two independent methods – metabolite profiling as well as gene expression profiling – both of which point to glycine metabolism as being important for rate of proliferation,” said Mootha.

To further validate and understand these results, the team observed what happened when the cancer cells were deprived of glycine, both by removing it from the media and by blocking the enzymes involved in glycine metabolism. In both cases, the fast dividing cancer cells slowed down, but the slower growing cancer cells were unaffected.

A limitation of observing such effects in cancer cells grown in the laboratory is that such cells may behave differently in the human body. One way the researchers followed up this work was to look at data available from studies of breast cancer patients over the last 25 years, searching for potential patterns between survival and the levels of enzymes involved in glycine metabolism. They found that higher levels of these enzymes predicted poorer outcomes for patients.

The researchers envision many future directions for this work, including applying CORE profiling more broadly.

“This method offers a way of getting a quick overview of a particular cell type or tissue, allowing you to see what a cell requires to survive or grow,” said Nilsson. “We’re interested in applying this in other settings, to liver cells and muscle tissue and to study conditions such as diabetes. There are lots of potential applications.”

Funding for this work came from the National Institutes of Health and the Nestle Research Center. Other researchers who contributed to this work include Sonia Sharma, Nikhil Madhusudhan, Toshimori Kitami, Amanda Souza, Ran Kafri, Marc Kirschner, and Clary Clish.