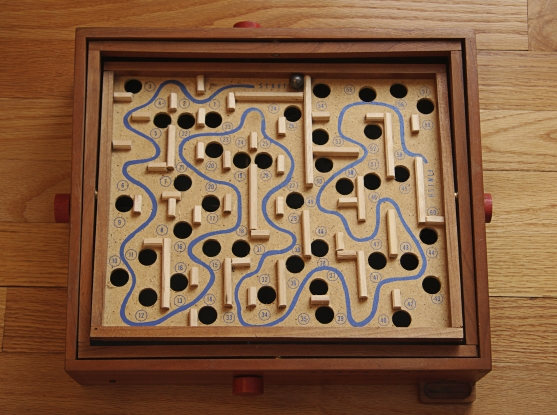 When Cory Johannessen was a graduate student at Harvard Medical School, he started getting very exciting results. The anti-cancer drug he and his colleagues were testing in mice was working well, and was on the path toward clinical trials in people. But Johannessen’s excitement gave way to frustration. As he finished up graduate school, the cancer came back in the mice. The clinical trial hadn’t even started, and already Johannessen could see what might happen in patients: some would get better at first, but eventually their cancer would find a way to mutate and become resistant.

“You feel like you’ve accomplished something, and then this inevitable phenomenon of resistance occurs,” said Johannessen. After experiencing this disappointment firsthand, Johannessen’s scientific interests shifted toward understanding and combating drug resistance in cancer. He joined Levi Garraway’s lab at the Broad Institute and, together with cancer researchers from the Boston area, set out to determine how cancer escapes from treatment and to predict how other drugs can be used to either block its egresses or hit it at more vulnerable points. Their results appear in the November 25 issue of the journal Nature.

Just as bacteria can become antibiotic resistant and viruses like HIV can develop ways to evade medications, cancer can evolve resistance even against the latest generation of highly specific and effective targeted therapies. Cancer mutates quickly, evolving rapidly in response to whatever pressures are placed upon it. It is only a matter of time before it develops new ways to thrive in the presence of even the most promising anti-cancer drug.

“Unfortunately, even in the most successful cases we confront the ultimate problem of drug resistance,” said Jesse Boehm, assistant director for the Cancer Program. “As smart as we think we are in developing new therapies, tumor cells are much smarter.” Mapping the paths by which tumors might escape from therapeutic treatment required the development of new genetic tools. In part to meet this challenge, Boehm and his colleagues at both the Broad Institute and the Center for Cancer Systems Biology at the Dana-Farber Cancer Institute have been working to develop a new resource known as an Open Reading Frame (ORF) collection – a library of pieces of genetic material that can turn on individual genes.

Boehm, Johannessen, and their colleagues teamed up to use a subset of the ORF collection to turn on 600 genes one at a time to model cancer’s escape routes. This systematic approach could be used to investigate any instance of drug resistance, but the researchers decided to pilot the concept by looking at the case of resistance to a newly developed drug for treating malignant melanoma. Known as a RAF inhibitor, this drug targets a gene that is mutated in about half of malignant melanoma cases and produces a key signal leading to cancer growth. Blocking B-RAF can have dramatic results – patients too sick to get out of bed can get better and tumors can begin shrinking after only a couple of weeks of treatment. But after months on the drug, cancer can return just as swiftly. The drug entered clinical trials earlier this year and patients are now beginning to relapse.

“In melanoma as well as several other cancers, there is a critical need to understand resistance mechanisms, which will enable us to be smarter up front in designing drugs that can yield more lasting clinical responses,” said senior author Levi Garraway, a medical oncologist, an Assistant Professor at Dana-Farber Cancer Institute and Harvard Medical School, and a Senior Associate Member of the Broad Institute. “Our work provides an unbiased method for approaching this problem not only for melanoma, but for any tumor type.”

Usually, researchers must wait to study how resistance occurs until patients have gotten cancer again and can provide tumor tissue samples to analyze. But using this new approach, the Garraway lab could begin work long before patients relapsed. The researchers began with a cancer cell line – cultured cells readily available in the lab – that responded to the anti-melanoma drug. They turned on each of the 600 genes – which control a critical class of proteins called kinases – and looked to see which ones conferred resistance. They narrowed in on nine candidate genes. As clinical samples from resistant tumors began coming in, the researchers looked to see if any of these candidates were amplified, or turned on at higher levels in the tumor samples. They homed in on a culprit called COT, which had never been functionally implicated in human cancer before. COT seems to be capable of signaling the same pathway B-RAF does – if a mutation turns COT on, cancer can find its escape. Johannessen describes the ability of two proteins to activate the same pathway toward cancer as the “perfect storm” for drug resistance.

The next step might be to hit these malignant melanoma tumors with both the RAF inhibitor and a drug that targets COT – if such a compound existed. No such drug is currently available, but there are drugs that target different places in the same pathway and with B-RAF inhibited, it might be possible to combine these drugs that on their own were not effective. This scenario has unfolded in the battle against HIV, where scientists have found that using a combination approach is the best way to corner the virus. However, this hypothesis has not yet been tested in malignant melanoma.

“It’s early days,” said Johannessen. “But we’re making steps in the right direction and are parsing things out.”

The ORF collection now spans over 16,000 human genes, which means that in future studies, researchers could look genome-wide for activated genes that lead to drug resistance. And these studies could be done before a drug makes it to the clinic. “We now have a method to catalog the mechanism of drug resistance prospectively, even before a drug goes into a patient,” said Boehm.

From the Broad Institute: Researchers shine light on how some melanoma tumors evade drug treatment

From the Broad blog: What is an ORF?