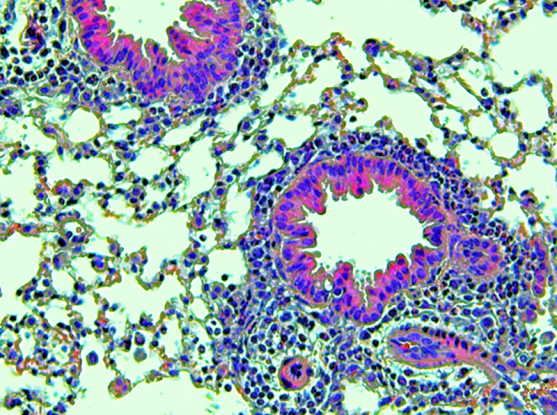 Study reveals a way in which the nervous system communicates with the immune system and allergic inflammation gets amplified.

Exactly how asthma begins and progresses remain a mystery, but a team led by researchers at Brigham and Women’s Hospital and the Broad Institute of MIT and Harvard has uncovered a fundamental molecular cue that the nervous system uses to communicate with the immune system, and that may potentially trigger allergic lung inflammation leading to asthma. Their insights into this neuro-immune crosstalk are published in Nature.

“Our findings help us understand how the nervous system is communicating with the immune system, and the consequences of it,” said co-senior author Vijay Kuchroo, PhD, Samuel L. Wasserstrom Professor of Neurology at Harvard Medical School, a senior scientist at BWH, and an associate member of the Broad Institute. Kuchroo is also the founding director of the Evergrande Center for Immunologic Diseases of Harvard Medical School and Brigham and Women’s Hospital. “What we’re seeing is that neurons in the lungs become activated and produce molecules that convert immune cells from being protective to being inflammatory, promoting allergic reactions.”

The research team — led by Patrick Burkett, MD, PhD, a pulmonologist and researcher at the Brigham, Antonia Wallrapp of the Evergrande Center, Samantha Riesenfeld, PhD, of the Klarman Cell Observatory (KCO) at the Broad Institute, Monika Kowalczyk of the KCO, Broad core institute member and KCO director Aviv Regev, PhD, and Kuchroo — closely examined lung-resident innate lymphoid cells (ILCs), a type of immune cell that can play a role in maintaining a stable environment and barrier in the lungs, but can also promote the development of allergic inflammation. Using a technique known as single-cell RNA sequencing, the team explored more than 65,000 individual cells that exist under normal or inflammatory conditions, looking for genes that were more active in one state or subpopulation versus another.

“By surveying thousands of individual cells, we were able to define the transcriptional landscape of lung-resident ILCs, observing changes in discrete subpopulations,” said Kowalczyk.

“To really understand the puzzle that is allergy and asthma, we need to closely examine each of the pieces individually and understand how they fit together into an ecosystem of cells,” said Regev. “That’s what single-cell analysis lets you do. And when you look this closely, you find that pieces that you thought were quite similar are subtly but profoundly different. Then you start to see where each piece really goes.”

Among many distinguishing genes they found, one in particular stood out: Nmur1, a receptor for the neuropeptide NMU.

“Nmur1 is expressed by ILCs and not other immune cell types, suggesting that neurons produce NMU to specifically activate ILCs,” said Wallrapp.

In laboratory and animal model experiments, the team confirmed that NMU signaling can significantly amplify allergic inflammation when high levels of alarmins – molecules known to trigger immune responses – are present.

The team also observed that ILCs co-located with nerve fibers in the lung. Neurons in the lung can induce smooth muscle contractions that manifest themselves as coughing and wheezing, two central symptoms of asthma.

“Coughing is something regulated and controlled by the nervous system so it’s intriguing that our findings point to a role for NMU, which can induce both smooth muscle contraction and inflammation,” said Burkett.

Interestingly, two additional Nature papers released simultaneously with the Regev and Kuchroo team’s study revealed that ILC2 cells in the gut also express Nmur1, take on an inflammatory state when exposed to NMU, and live in close proximity to NMU-producing nerve cells.

“We anticipate that the NMU-NMUR1 pathway will also play a critical role in amplifying allergic reactions in the gut and promote development of food allergies,” said Kuchroo.

In addition to uncovering a novel neuro-immune pathway that leads to inflammation, the team also hopes their findings will lead to new therapeutic insights for how to potentially prevent or treat allergic asthma.

“We may have identified a way of blocking allergic lung inflammation by controlling neuropeptide receptors,” said Riesenfeld. “This work represents a mechanistic insight that could lead to the development of a new therapeutic approach for preventing asthma.”

“All forms of allergy and inflammation involve complex interactions between many cells and tissues,” Regev added. “Working collaboratively to identify and catalog all these various players and listening to what they say to each other can teach us surprising things about how allergies work and show us new opportunities to intervene.”

Support for this study was provided by the Food Allergy Science Initiative (FASI); the Klarman Family Foundation; the National Institute of Allergy and Infectious Diseases; the National Heart, Lung, and Blood Institute; the Howard Hughes Medical Institute; and other sources.

This story was produced jointly with Brigham and Women's Hospital. 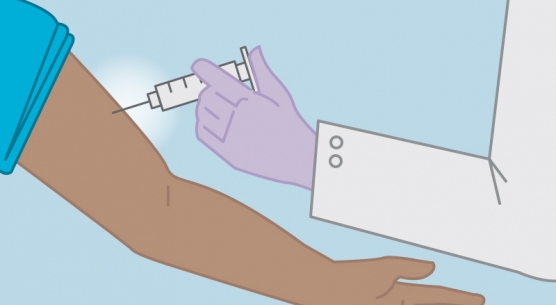 In a #WhyIScience Q&A, a postdoctoral researcher talks about conne...
Read more 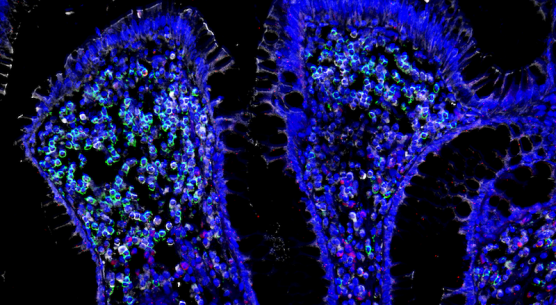