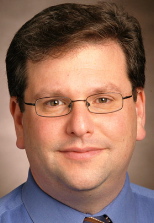 Biomedical research has increasingly required the integration of experimental and computational approaches. The area of cancer biology is no different. Now the National Cancer Institute (NCI) has awarded $12.6 million over five years to a group of investigators at the Broad Institute of MIT and Harvard and Dana-Farber Cancer Institute (DFCI) to encourage the emergence of integrative cancer biology as a distinct field of research.

The grant went to principal investigator Todd Golub, M.D., to establish an Integrative Cancer Biology (ICB) program at the Broad Institute and DFCI.

The researchers have a single focus, which entails determining the molecular signatures of each kinase (a class of proteins) in the human genome.

Kinases play a central role in the pathogenesis for most, if not all cancers, and represent excellent therapeutic targets, said Golub, director of Broad's Cancer Program.

The researchers will use these molecular signatures to measure gene expression results, and then develop computational models predictive of kinase activation and its essentiality in cancer cells, said the scientists.

In addition to its scientific goal, the program will focus on community outreach and the training of biologists, computationalists, and undergraduate students about the interface of computation and cancer biology.

"This program will represent a vehicle to unite a great team of scientists interested in working together toward a single goal. It will also serve to further our efforts to work at the interface of cancer biology and computational biology," said Golub, who is also a Charles A. Dana Investigator at DFCI.

"The key aspect that sets the ICB program effort apart from others is the focus on building predictive cancer models, and not just analyzing data," said Daniel Gallahan, Ph.D., associate director, Division of Cancer Biology, NCI.