Natural selection in the time of cholera 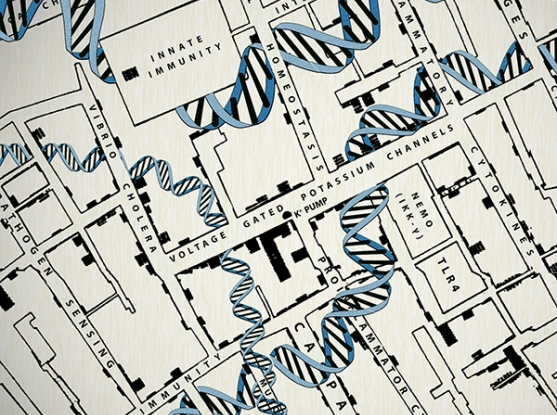 Using a recently developed computational method, researchers have detected patterns of strong natural selection left behind in the genomes of a population that has been contending with cholera for generations

Cholera is a brutal and deadly disease that has dogged humanity since the beginning of recorded history. One of the earliest basic biomedical texts, written in Sanskrit, describes a disease that sounds eerily similar to modern day cholera, which today afflicts 3 to 5 million people every year, resulting in more than 100,000 deaths.

Evidence of the battle against this disease has been recorded not only in medical texts, but also in the “text” of human genomes. In a multinational collaboration, Broad and Harvard researchers in Pardis Sabeti’s group worked with Regina LaRocque’s team at Massachusetts General Hospital (MGH) and Firdausi Qadri’s group at the International Centre for Diarrhoeal Disease Research in Dhaka, Bangladesh (icddr,b), to look for this genetic evidence. Using a recently developed computational method, the researchers have been able to detect patterns of strong natural selection left behind in the genomes of a population that has been contending with cholera for generations. These patterns have revealed genes that may help protect a host from cholera infection and could ultimately help researchers develop better treatments and prevention against the disease. The results of their work appear in Science Translational Medicine.

Over the course of human history, certain genetic changes may have given some people a degree of protection against cholera, a survival benefit so advantageous that those variants became increasingly common in the genome. “When a disease has been in a population for thousands of years, it leaves behind a very powerful signal in the genome that tells us where adaptive traits may have emerged,” said first author Elinor Karlsson, a postdoctoral scientist in the Broad’s Infectious Disease Program and at Harvard University. “When we’re looking for signals of natural selection, we’re looking for something that was imposing selective pressure on a population long ago.” 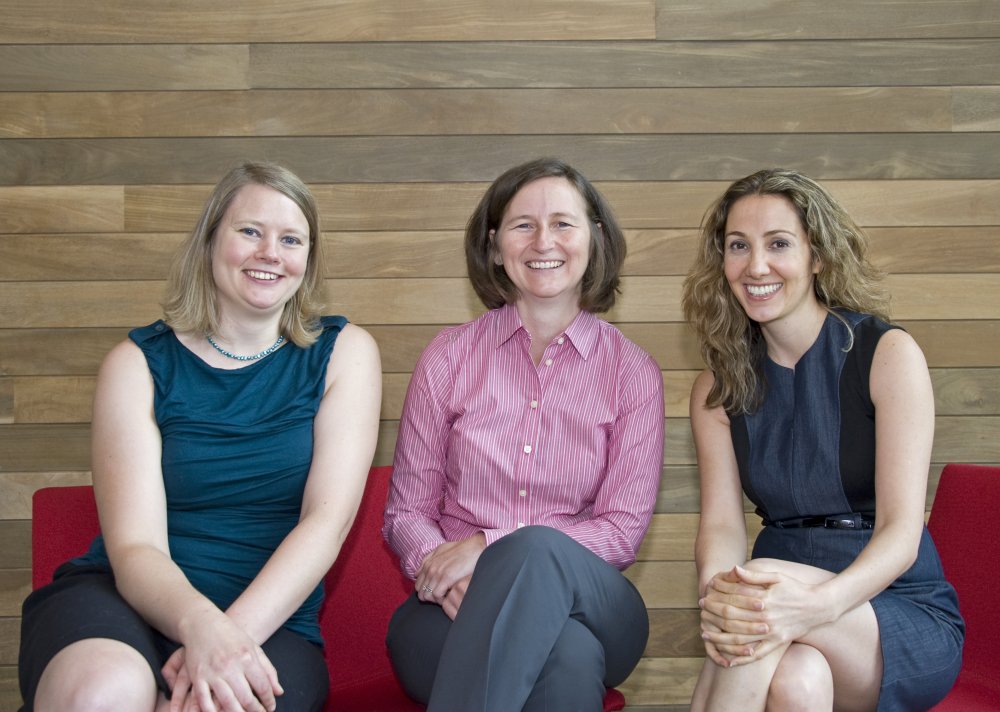 Cholera remains a global problem today and has caused multiple pandemics in the last 200 years that have swept across Africa, Australia, Europe, and the Americas, but the disease has a foothold and long history in Bangladesh, which lies in the heart of the Ganges River Delta. A historical center for cholera, the Ganges River Delta is home to millions of people. By age 15, half of the Bangladeshi population has been exposed to the disease.

Cholera is caused by the bacterium Vibrio cholerae, which lives in water. The bacteria enter the body through contaminated drinking water and take up residence in the gut, where they replicate and release cholera toxin. This toxin binds to intestinal cells and leads to massive fluid loss, causing diarrhea and allowing the bacteria to be carried out into the world, leaving the host severely dehydrated. Unless water and electrolytes can be replaced as fast as they are lost, a cholera patient’s life is at risk.

Patients who survive a bout of cholera have long-lasting immunity. For years, scientists have worked to develop a vaccine that can offer this kind of immunity, but today the only vaccines available are not fully protective and wear off after a couple of years.

LaRocque and her group at MGH have been working closely with Firdausi Qadri’s group at the icddr,b for the last decade to study cholera, focusing on the immune response to the disease.

“Our goal is to better understand the interaction between the human immune system and the organism that causes cholera,” said LaRocque, co-senior author of the study and an assistant professor of medicine at MGH. “These insights could teach us a lot of important lessons about how to develop better vaccines, and maybe even better therapies, for cholera.”

Over the last several years, Sabeti’s team has developed a computational method known as CMS (Composite of Multiple Signals) for detecting regions of the genome under strong selective pressure in particular populations. Over time, beneficial changes in the genome rise in frequency, but it can take thousands of years to see this pattern emerge. Mutations that offer a strong survival advantage – such as those that protect against cholera – will rise in frequency fast, often bringing genetic material nearby along for the ride. CMS looks for large blocks of DNA that rise in frequency in a short period of time, in addition to other signals of selection, such as versions of these DNA blocks that are rare in most populations but common in a population contending with a disease or blocks of DNA not seen in chimpanzees. Each one of these metrics could help point to regions of DNA under strong selection. Together, they provide the power needed to identify emerging patterns.

“What we are excited about when it comes to CMS is greater resolution than ever before. We’re not only able to detect the footprint of natural selection in the genome, but also pinpoint its source, where the forces of natural section are exerting their effects,” said co-senior author Sabeti, a senior associate member of the Broad Institute and an associate professor at Harvard University. “This disease is ancient, widespread, and applies high selective pressure. We should also be able to apply CMS to other diseases with these characteristics – including malaria and tuberculosis, and perhaps Lassa fever and Ebola as well.”

Working with Qadri, the researchers were able to get genetic samples from 42 Bangladeshi families and complete whole genome genotyping. Using CMS, they found 305 genetic regions that showed evidence of having been acted upon by a selective force. Some of the top hits generated by CMS included components of the innate immune system – the body’s first line of defense against infection – as well as potassium channel genes.

“At first, this category of potassium channel genes confused us,” said Karlsson. “But it turns out that these genes are part of a set that is expressed in the lining of the intestine and control water loss. That’s exactly the kind of gene you would expect to be under selection if you are selecting against cholera.”

The researchers then tested these hits in humans by comparing the DNA of Bangladeshis sick with cholera to the DNA of those exposed to the disease who had remained healthy. They found that the top region detected by CMS as a signal of selection also showed the greatest differences between the two groups.

The team also found an overlap between the regions under selective pressure and regions of the genome that have been associated with inflammatory bowel disease (IBD). Previous studies have shown a similar link between regions under selection due to leprosy and genes implicated in IBD.

The potential connections between autoimmune diseases and ancient infectious diseases are intriguing, but much work lies ahead in order to understand the biological underpinnings of the immune system, and what happens when it goes awry.

“The first stage is for us to figure out the biology governing disease response,” said Karlsson. “This gives us a place to start looking.”

This project was made possible through support from the Howard Hughes Medical Institute, Massachusetts General Hospital, the National Institutes of Health, the American Cancer Society, and the Packard Foundation.