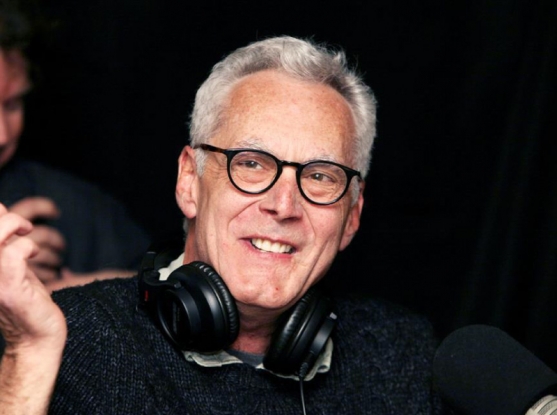 After living with angiosarcoma for decades, Jim Chapdelaine found support in an online community of patients and contributed to research that’s now shedding light on the roots of his own illness

As a young guitarist studying at Berklee College of Music in Boston in 1976, Jim Chapdelaine noticed a lump inside his lip that didn’t heal. His doctors eventually diagnosed him with angiosarcoma, an exceedingly rare malignancy of blood vessel walls that has a nasty habit of popping up elsewhere in the body, even after years of dormancy.

“My doctors said, ‘You’re going to die’,” he remembered. “I decided, I’m not going back to school, I’m going to go on the road.”

After being told he had a year to live, Chapdelaine quit Berklee to follow his passion, going on tour with a rock band as their guitarist. After the removal of the tumor on his lip, he underwent a grueling year of chemotherapy. He credits his first oncologist, Jerry Younger, a physician at Massachusetts General Hospital, with helping him stay calm after the diagnosis. “He helped me manage my fears and expectations, and he helped save my life,” said Chapdelaine.

He outlived that initial prognosis, but the next year he developed a new tumor in his nose that required him to drive up to Boston daily from his home in Hartford, Connecticut, for radiation treatment, and later, to undergo nose reconstruction surgery. In 1979, his angiosarcoma emerged again, with a tumor on his tongue that had to be surgically removed.

Unlike many patients with angiosarcoma, however, Chapdelaine went on to beat the odds. But he did so without knowing anyone else with the same disease, because there are so few people diagnosed with the cancer — only one in a million each year in the United States — and even fewer who survive more than a few years.

“It felt like I was just wandering out in the desert alone, like a medical freak,” he said.

Then, in 2012, Chapdelaine’s neighbor told him about a patient advocacy organization, Angiosarcoma Awareness, which has an active Facebook group. For the first time, he was able to talk to people around the globe with the same rare illness he had.

“It was great to finally find a group of people who could relate to what I’d gone through, but also terrifying to see the prognosis I’d originally been given borne out in others’ stories on a consistent basis.” 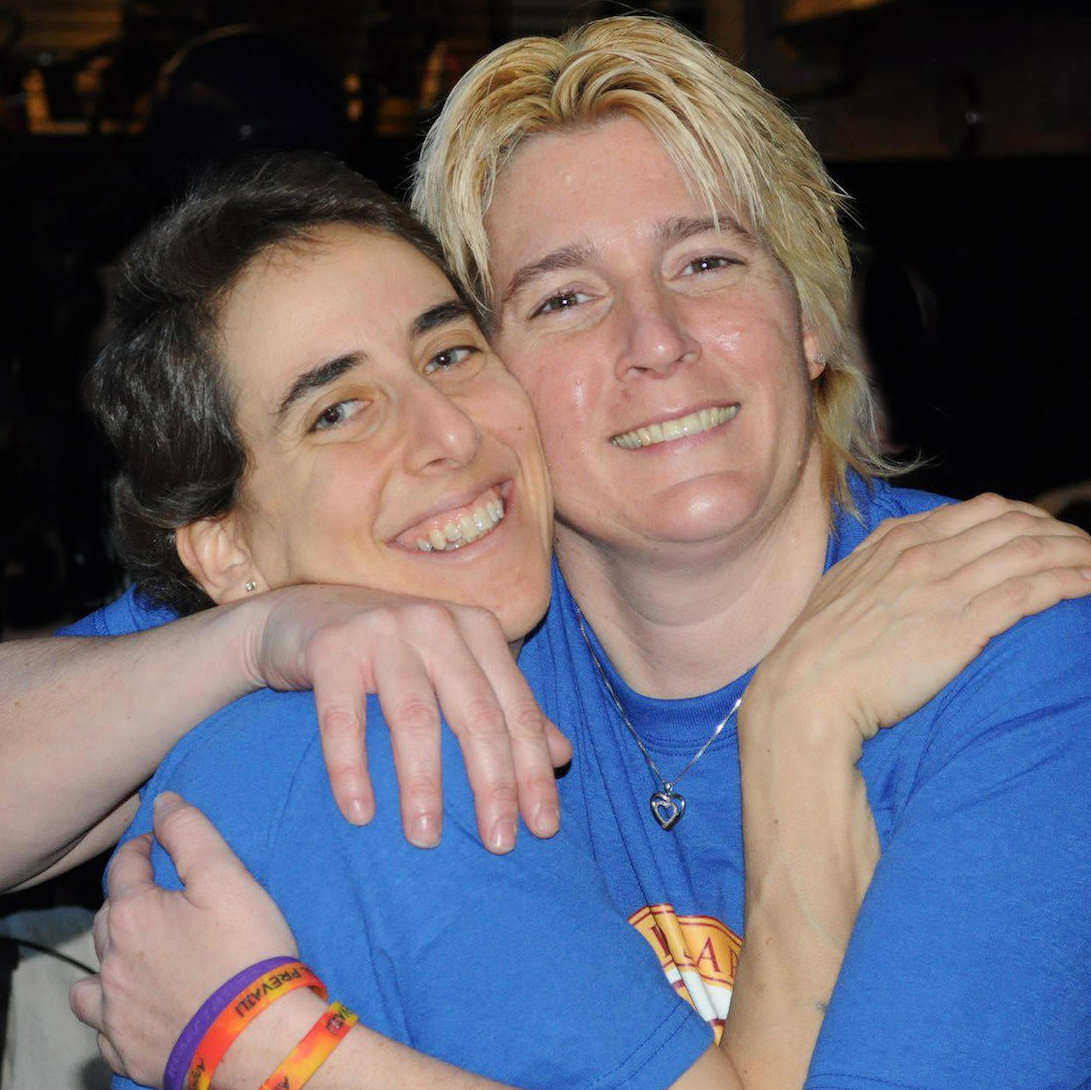 Chapdelaine wanted to get involved and soon had his first face-to-face meeting with other patients, including the founders of Angiosarcoma Awareness: Corrie Painter, a cancer researcher who’d been diagnosed with angiosarcoma in 2010, and Lauren Ryan, a dedicated patient advocate who passed away from the disease in 2014. Chapdelaine joined the community at a time when Painter, Ryan, and hundreds of patients and loved ones in the group were hoping to ignite new research into the causes of angiosarcoma and hopefully find new treatments.

In 2014, Painter joined the Broad Institute of MIT and Harvard to help run its Cancer Program and later, with institute member Nikhil Wagle, helped launch the Count Me In initiative. Count Me In aims to catalyze research on several cancer types by directly engaging cancer patients online to enroll in biomedical studies, no matter where they live in the United States or Canada. Count Me In’s initial effort, the Metastatic Breast Cancer (MBC) Project, has resulted in numerous discoveries. In 2017, the researchers launched a new effort, the Angiosarcoma Project (ASCproject), to assess this model of patient partnership in the context of a rare disease, where research is greatly needed to improve patient outcomes.

The awareness group began a grassroots effort on social media to encourage patients and the loved ones of those who’ve passed away to join the ASCproject and consent to share their tissue samples, medical records, and saliva samples for DNA analysis. The project has just published its first research results, which point to new causes of the disease and even possible treatment options for some angiosarcoma patients.

Chapdelaine, who is a renowned recording musician with 13 Emmy Awards under his belt, said he enrolled in the study in the hopes that his experience as an exceptionally long-lived survivor might help benefit other patients. “I’m really good at getting angiosarcoma,” he quipped, “and somehow I’m really good at getting rid of it. Maybe there’s something in my genome that explains why.” 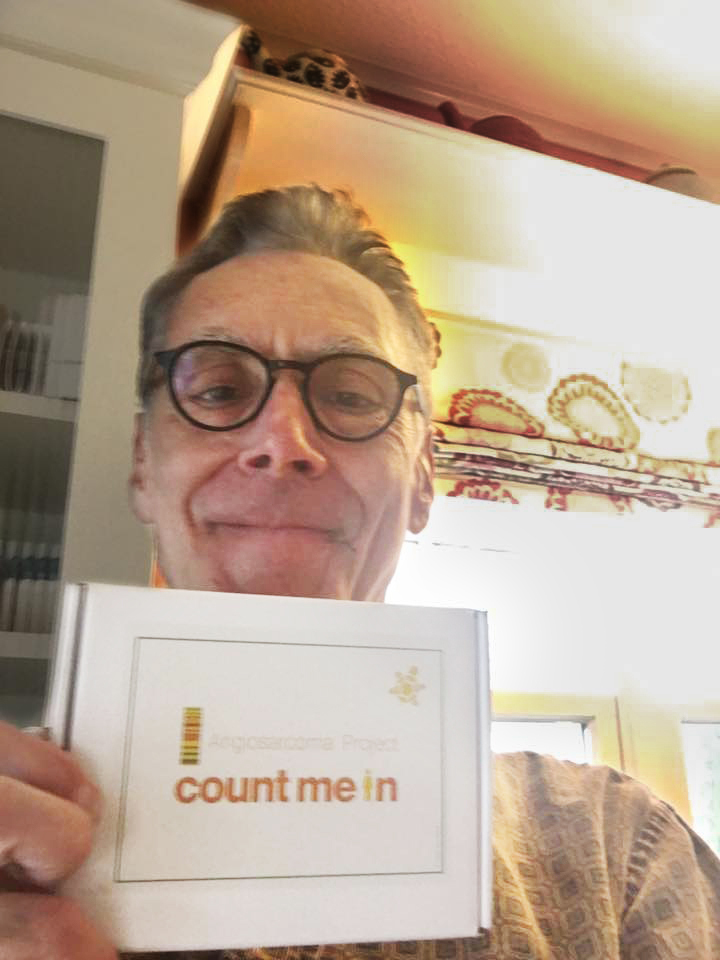 Soon after the launch of the ASCproject, he shared a photo of himself holding his Count Me In saliva collection kit with the Facebook group, urging others to join the study. “I give a spit, and you do too,” he wrote. “Let's all do this and maybe we help the next person in line. Count me in!”

Commenting on the new study, Chapdelaine said, “It feels amazing to know that I and others in the patient community helped fuel these new discoveries,” he said. “For the families who signed up on behalf of their loved ones who’ve passed, it’s amazing. I hope for a cure one day, but this study helps open scientific doors and we hope that people will now walk through them.”

In the meantime, he credits the online community with already changing outcomes for patients who are now able to connect and share information, advice, doctor recommendations, and experiences with medications. “It’s getting people to treatment sooner, because of the way information is shared so freely,” he said.

As the longest-surviving person with this disease (at least that he knows of), Chapdelaine is a source of inspiration and knowledge for the patient community. He befriends new group members and goes out of his way to try and meet with fellow patients whenever he travels for work.

The new findings have renewed interest in angiosarcoma among researchers, and at least three clinical trials now include patients with angiosarcoma thanks to the study’s scientific insights.

Chapdelaine said it’s uplifting to see new interest in the disease he fought alone for so long. “The study itself was a real milestone and victory for those of us in the group who’ve advocated for it, because who else is going to pay attention?” he said. “The idea that you’re being noticed by this amazing organization is incredibly encouraging to people.” 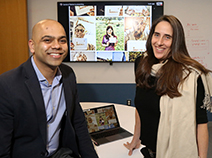 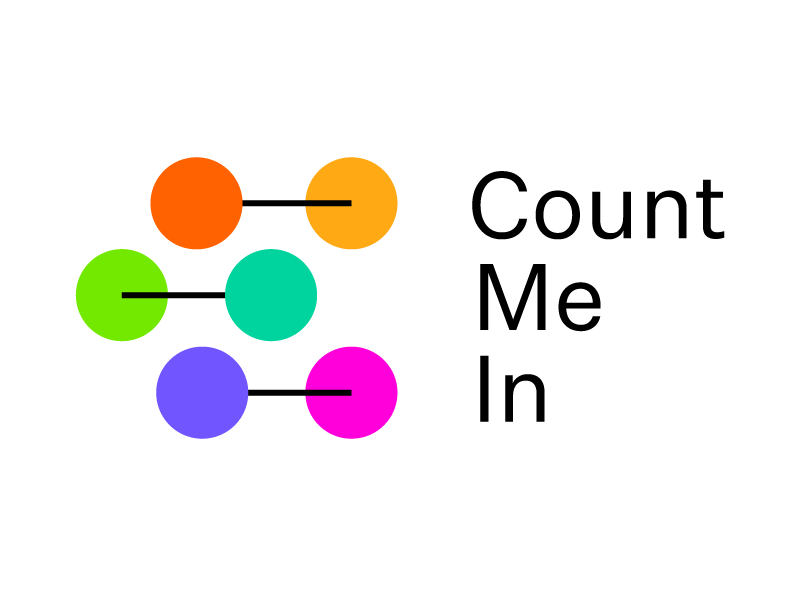