Morgan Sheng joins the faculty of Broad Institute and MIT 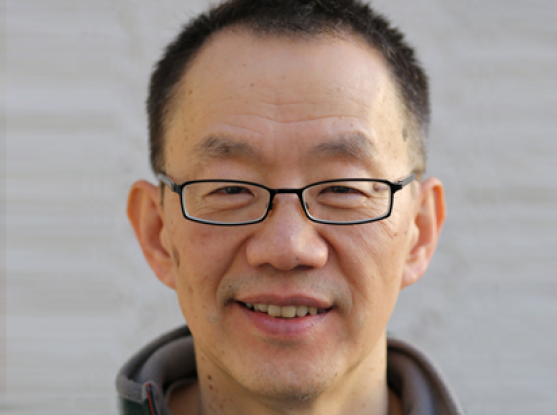 Morgan Sheng, a neurobiologist and physician-scientist with deep experience in both basic research and drug discovery, has joined the Broad Institute of MIT and Harvard as its newest Core Member and as Co-Director of the institute’s Stanley Center for Psychiatric Research. He will also return to MIT, after a decade in industry, as a professor of neuroscience in the Department of Brain and Cognitive Sciences, where he will be an affiliate of both the McGovern Institute for Brain Research and the Picower Institute for Learning and Memory.

As Co-Director of the Stanley Center, Sheng will work with Stanley Center Director Steven Hyman to shape the center’s scientific vision and direction, in addition to overseeing the center’s therapeutic efforts, in conjunction with the Broad’s Center for the Development of Therapeutics.

Sheng started his academic career, centered on molecular and cellular neuroscience, in 1994 at Massachusetts General Hospital and Harvard Medical School, and later moved to MIT as the Menicon Professor of Neuroscience. At MIT from 2001 to 2008, he served as professor in the Department of Brain and Cognitive Sciences and the Department of Biology, was a member of the Picower Institute for Learning and Memory, and was a Howard Hughes Medical Institute investigator.

“Morgan’s groundbreaking research has accelerated the understanding of brain synapses in health and disease,” said Eric Lander. “We are thrilled to have him join the Broad, where his expertise as a physician-scientist and drug-discoverer will help us make strides toward the understanding and treatment of psychiatric diseases.”

Sheng spent the past 10 years at Genentech, a preeminent biotech company, as Vice-President of Neuroscience. There he built and led a world-class neuroscience department and research program focused on elucidating pathologic mechanisms and developing new treatments for neurodegenerative diseases and pain, and illuminating pathways that are of basic scientific interest as well as therapeutic relevance. Sheng and coworkers made important discoveries regarding the molecular mechanisms of synapse weakening and loss, the contributions of microglia and innate immunity in neurodegenerative diseases, and the roles of genetic risk factors in the pathogenesis of Alzheimer’s disease, Parkinson’s disease, and frontotemporal dementia.

Sheng’s molecular studies of the structure and function of synapses (the communication junctions between brain cells) while at MGH and MIT have enhanced our understanding of the neural basis of cognitive function and dysfunction, including learning and memory, neurodevelopmental disorders, and dementia. His work has uncovered the form and complexity of protein complexes in the postsynaptic membrane that regulate the remarkable plasticity of neuronal connections.

“I am excited to return to academia and establish a research lab at the Broad,” said Sheng. “We are at a critical point where genetic and biological insights are emerging that can transform the way we study, diagnose, and treat mental illness. I am looking forward to joining this community of innovative researchers and applying my expertise to discover novel therapies and improve the lives of people with mental illness.”

“Morgan’s unique perspective as a physician and scientist, along with his powerful commitment to translational neuroscience, will catalyze the Stanley Center’s capacities for turning biological insights into new treatments for psychiatric illness,” said Hyman.

Sheng completed his medical training and a residency in general medicine in London, UK. In 1990, he earned his Ph.D. in molecular genetics from Harvard University and completed his postdoctoral fellowship at the University of California, San Francisco.

Sheng is an elected Fellow of the Royal Society (UK), the Academy of Medical Sciences (UK), and the AAAS. The impact of Sheng’s research has been recognized by several prizes including the Fondation IPSEN Prize for Neuronal Plasticity and the Society for Neuroscience’s Young Investigator Award.