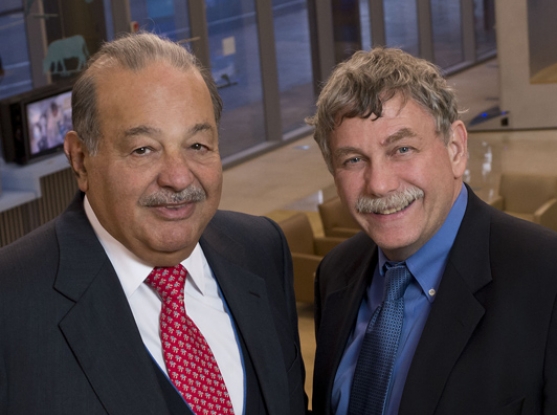 Building on the enormous success of the first phase of SIGMA launched in 2010 with the support of the Carlos Slim Foundation to find disease-causing genes through genomic research, the Broad Institute of Harvard and MIT today announced that the Carlos Slim Foundation has made an additional contribution of $74M to launch the second phase (SIGMA 2) of this major biomedical partnership aimed at harnessing genomic medicine for the benefit of Latin America and the world.

Building on the enormous success of the first phase of SIGMA launched in 2010 with the support of the Carlos Slim Foundation to find disease-causing genes through genomic research, the Broad Institute of Harvard and MIT today announced that the Carlos Slim Foundation has made an additional contribution of $74M to launch the second phase (SIGMA 2) of this major biomedical partnership aimed at harnessing genomic medicine for the benefit of Latin America and the world.

SIGMA is an unprecedented partnership that aims to ensure that Latin Americans benefit from the genomic revolution by:

Carlos Slim Hélu, together with Broad Institute President and Director Eric Lander, announced SIGMA 2 during a special event on Monday at the Broad Institute.

“Most genomic research has focused on European or European-derived populations. It’s like doing science with one eye closed. There are many discoveries that can only be made by studying non-European populations,” said Dr. Lander. “In addition to the scientific importance of studies in Latin America, it is essential that the benefits of the genomic revolution be accessible to people throughout the Americas and the world.”

“I am incredibly grateful to Carlos Slim for his extraordinary commitment to improving public health,” added Dr. Lander.

SIGMA 2 aims to develop new biomedical approaches to some of the most crucial problems in public health, including cancer, type 2 diabetes, and kidney disease. It builds upon an initial effort launched in 2010 with the Carlos Slim Health Institute.

“The Broad Institute is a world leader in genomic medicine and shares our own vision for overcoming some of the greatest challenges and solutions in public health,” said Carlos Slim Hélu. “I am convinced that the discoveries we make together will strongly impact the population in Mexico and worldwide.”

With an initial donation of $65M by the Carlos Slim Foundation, in the first phase of SIGMA Broad scientists worked closely with Mexican colleagues and with researchers from across the Broad’s partner institutions to systematically identify genes underlying cancer, diabetes and kidney disease. The project yielded deep biomedical insights in each of its three core areas. These include:

The SIGMA 2 project, while continuing its early discovery efforts, will focus on translating these discoveries into clinical impact, including the development of diagnostic tools for breast cancer and diabetes, completing the genetic analysis of these diseases, creating therapeutic “roadmaps” to guide the development of new treatments, and the launching of a full-scale effort to target MCKD1.

In addition, SIGMA 2 will continue to work on building scientific capacity in the US and Mexico. In the initial phase, the project engaged scientists across 125 institutions in both countries. Going forward, the project will aim to substantially increase its collaborative scope.

“In just a few years, our work together with our colleagues in Mexico has been enormously productive and enriching to the scientific community,” said Dr. Lander. “It’s now time to expand this international partnership so that it truly benefits our children — both in Mexico and in the United States.”

The Eli and Edythe L. Broad Institute of MIT and Harvard was founded in 2003 to empower this generation of creative scientists to transform medicine with new genome-based knowledge. The Broad Institute seeks to describe all the molecular components of life and their connections; discover the molecular basis of major human diseases; develop effective new approaches to diagnostics and therapeutics; and disseminate discoveries, tools, methods, and data openly to the entire scientific community.

Founded by MIT, Harvard and its affiliated hospitals, and the visionary Los Angeles philanthropists Eli and Edythe L. Broad, the Broad Institute includes faculty, professional staff, and students from throughout the MIT and Harvard biomedical research communities and beyond, with collaborations spanning over a hundred private and public institutions in more than 40 countries worldwide. For further information about the Broad Institute, go to www.broadinstitute.org.

About the Carlos Slim Foundation

Created in 1986, through social programs of strong impact for the most vulnerable population, the Carlos Slim Foundation has directly benefited more than 35.9 million people. With a marked sense of social responsibility, efficiency, and proven results, the Foundation has programs on various fields, such as education, health, nutrition, social justice, culture, human development, support on natural disasters, protection and conservation of the environment, and economic development that contribute to improve the quality of life of population of all ages, fostering the development of human capital and generating opportunities for people, their communities, and therefore, their countries. 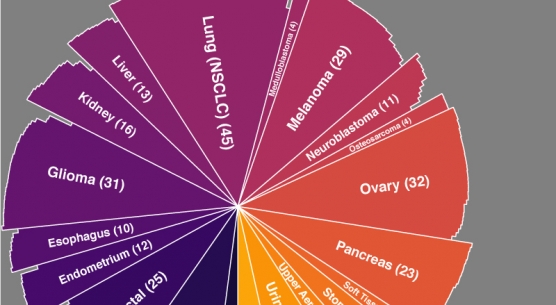