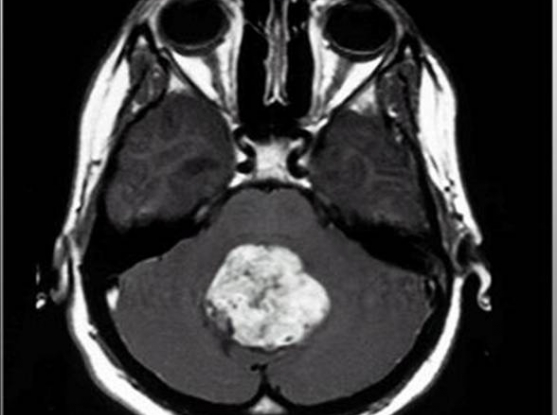 Medulloblastoma is the most common type of malignant pediatric brain tumor. Though more than 50-60% of children diagnosed with the disease are cured, relapse risk remains a lifelong threat. Unfortunately, a reliable method of predicting which patients are at high-risk of relapse versus low-risk has been unavailable. Clinical methods for predicting relapse are notoriously poor. The result is that far more children receive toxic treatment than appear to require it based on relapse rates.

To begin to address this problem, researchers at the Broad Institute of MIT and Harvard, along with collaborators at Children’s Hospital Boston, and Dana Farber Cancer Institute have developed a predictive model that predicts the risk of relapse following medulloblastoma based on genomic information found in the original tumor. The hope is that this information can be used to provide tailored treatment based on a patient’s own tumor.

The team has been collaborating on describing the molecular differences of medulloblastoma tumors since 1998. In 2002, they published a seminal paper in Nature showing there is wide diversity between tumor samples when studied with genomic-based methods. That paper was one of the early cancer genomics papers published by Broad researchers.

Working from a large set of nearly 200 tumors, the team determined that medulloblastoma includes at least six different subtypes. “We have known for some time that there are several molecular subtypes of medulloblastoma, but detailing them has been difficult,” says Yoon Jae Cho, a neurologist at Children’s Hospital and first author of the November 2010 paper. “Our analysis gives us better resolution of the molecular substructure of this disease and expands the number of tumors subtypes previously suggested.” Specifically, Cho and his colleagues noted unique molecular and genomic differences between the six subtypes, making basic conclusions about the underlying biology of each type. “That information is important because each subtype has a distinct biology and clinical behavior and in the end will be treated differently,” adds Cho.

The team then used this information about tumor subtypes to develop a highly predictive model for the probability of medulloblastoma recurrence. Results from this analysis were published in the February 28 paper.

“We knew from our earlier work that patient outcomes varied widely across various tumor subtypes,” explains Jill Mesirov, director of Computational Biology and Bioinformatics at the Broad Institute and a co-author on both papers. Her group developed the mathematical model used to predict relapse risk. In this analysis the team tested the model on an independent set of 78 patient samples. They made a prediction of outcome by tumor subtype then checked it against the actual outcome.

Generally, cancers can be categorized by observations a pathologist makes looking under a microscope. “But a molecular subtyping can be much more sensitive,” adds Mesirov. In this model, researchers go beyond looking for individual genes. “Instead we use biological pathways and signatures or sets of genes that we know something about,” explains Pablo Tamayo, senior computational biologist at the Broad Institute, and first author of the February 28 paper. “This approach tells you how it is making the decision for relapse or not in terms of understandable biological factors.”

“We were able to build a generalizable model that predicts patient prognosis strictly from an analysis of the patient’s tumor type,” adds Mesirov. This model correctly predicted the outcomes in over 80% of the samples, giving the researchers confidence that the proof-of-principle model is ready for the next phase — development into a practical tool that can be used in the clinic.

Based on these early successes, the team is working on developing a real-time clinical test for predicting medulloblastoma relapse risk. In addition, this method may be useful for other diseases, not just cancer. “It gives us a nice paradigm for clinical prediction in general,” says Tamayo. “This model has certain properties that make it attractive to the clinician. It is easy to understand. It explains why a patient is more likely to relapse. It just doesn’t give you a probability number but gives you a genomic risk factor profile.”

“These two papers represent a big step forward in the field of medulloblastoma,” says Scott Pomeroy, Neurologist-in Chief at Children’s Hospital Boston and a co-author on both papers. Without having an idea of what tumors are more likely to relapse, all children with medulloblastoma currently receive high doses of radiation and chemotherapy which wreaks havoc on developing brains and bodies. Adds Pomeroy, “The goal is to be able to accurately diagnosis tumors by subtype so we can dial back on any unnecessary or overly-intensive treatments to maximize survival, minimze long-term side effects, and then begin to substitute much more targeted therapies.”