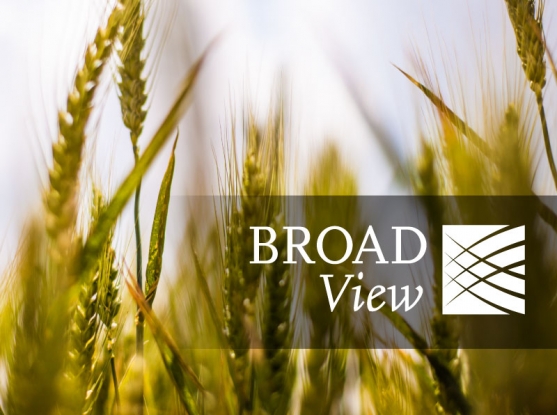 Broad Chief Business Officer Issi Rozen outlines the ethical and safety concerns involved with the use of CRISPR-Cas9 genome editing technology in agriculture.

Broad researchers and their collaborators have pioneered the development and sharing of new genome editing tools, such as CRISPR-Cas9, which are revolutionizing and accelerating nearly every aspect of disease research and drug discovery around the world.

In addition to making these genome editing tools and techniques freely available to the academic and non-profit communities, the Broad Institute has since 2013 issued more than a dozen licenses for commercial research, such as in human biomedicine.

Broad has also been approached by agriculture companies seeking to license CRISPR technology for commercial use.

There are many potential benefits of using CRISPR in agriculture that could benefit human health. Responsible use of CRISPR gene editing technology in agriculture has the potential to help reduce world hunger, reduce our reliance on pesticides, help society adapt to the effects of climate change, reduce the diversion of water from drinking supplies to farms, and increase nutrition and raise the efficiency of crop yields.

However, just as in biomedicine, the use of genome editing in agriculture raises important ethical and safety concerns.

After consulting with external experts and careful internal consideration, the Broad Institute has decided to make available non-exclusive research and commercial licenses for the use of CRISPR technology in agriculture -- but with important restrictions. These include:

Many of these issues already fall under the oversight of federal agencies in the United States, including the USDA, FDA, and EPA.

Still, the Broad feels it is important to include explicit restrictions in the technology licenses as well. We wanted to share our thinking with others who may be considering licensing of related technologies.