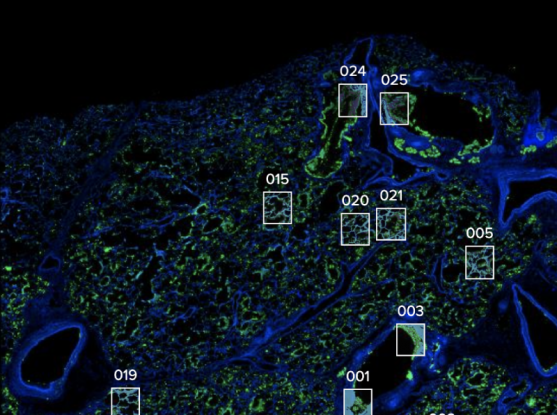 Single-cell analysis of autopsy samples from COVID-19 patients shows how the lungs repeatedly tried, and failed, to repair themselves.

Scientists from several hospitals and research centers have shown what happens in individual cells of patients who died of COVID-19. In a study published in Nature, the researchers describe how infected cells from multiple organs exhibited a range of molecular and genomic changes. They also saw signs of multiple, unsuccessful attempts by the lungs to repair themselves in response to respiratory failure, which is the leading cause of death in COVID-19 patients.

“You really feel the tragedy of the disease when you see that result,” said Aviv Regev, co-senior author of the study and a core institute member at the Broad Institute of MIT and Harvard when the study began. “The lung tries everything at its disposal, and it still can't fix itself. This was a very emotional study. We are grateful to the patients and families who agreed to donate tissue for COVID-19 research to help advance understanding of this devastating disease.”

The researchers studied tissue obtained at autopsies of 17 individuals who succumbed to COVID-19 and were cared for at Beth Israel Deaconess Medical Center, Brigham and Women’s Hospital, and Massachusetts General Hospital.

The team investigated how the SARS-CoV-2 virus interferes with the function of cells and their genetic programs. They used single-cell RNA sequencing data from tissue samples taken from 11 organ systems—including the lungs, heart, liver, and kidneys—to build a comprehensive “cell atlas” of hundreds of thousands of individual cells showing how COVID-19 can lead to organ failure and death.

“We knew people were passing away from COVID-related pneumonia and extrapulmonary complications,” said Alexandra-Chloé Villani, an associate member of the Broad, a principal investigator at Mass General, an assistant professor of medicine at Harvard Medical School, and co-senior author on the study. “Before this study, we had limited knowledge of the cellular and molecular mechanisms that were involved in driving a patient’s demise.”

The study details the results of a collaboration of researchers from the Broad Institute, Mass General, the Ragon Institute of MGH, MIT and Harvard, MIT, Beth Israel Deaconess Medical Center, Brigham and Women’s Hospital, Columbia University Irving Medical Center, and other institutions. A team led by the Columbia collaborators co-authored a companion study that is also published in Nature.

The team’s cell atlas is freely and openly available for other scientists to explore. They also created a 420-specimen biobank from the autopsy samples that can be used for other COVID-19 studies. “We created a foundational resource for other researchers to use in the future to ask specific questions,” said Orit Rozenblatt-Rosen, co-senior author and an institute scientist and the scientific director of the Klarman Cell Observatory at the Broad when the study began. “Hopefully our findings will allow people to find better therapeutics for COVID-19.”

Novel techniques for a novel virus

To learn about cellular mechanisms underlying organ failure caused by COVID-19, the researchers knew they needed to study the organs themselves. For that, they would need samples from autopsies.

Working with autopsy samples is challenging under normal circumstances. To deal with samples that might carry a novel, highly contagious pathogen, the researchers developed new tissue collection and processing protocols compatible with requirements for a Biosafety Level 3 lab.

“We wanted to ensure we could learn and share as much as humanly possible to help prevent future deaths, while prioritizing the safety and well-being of all involved. This was no small feat, given COVID-related restrictions and all the surrounding uncertainties. It was amazing to see dozens of scientists and medical professionals from several institutes come together as a collaborative partnership to carefully design and coordinate our experimental and computational efforts,” said institute member and co-senior author Alex K. Shalek, who is also a member of the Ragon Institute, and an associate professor of chemistry, a core member of the Institute for Medical Engineering and Science, and an extramural member of the Koch Institute for Integrative Cancer Research at MIT.

The team then profiled RNA from the individual cells and developed new methods to analyze and annotate the large amounts of sequence data. They compared gene expression signatures from different cells: COVID-19-damaged cells and uninfected cells from the COVID-19 patients, as well as cells from patients with other diseases and from healthy individuals.

Havoc in the lungs

The most extensive suite of findings were from the lungs. The scientists were astounded by the extent of the changes in genetic programs they found there. “The virus wreaks havoc in the lungs and we see it in the cells,” Regev said.

One main cause of lung damage in COVID-19 is the destruction of AT1 cells, which enable breathing and gas transfer. The scientists found that as AT1 cells died, related lung cells called AT2 attempted to convert themselves into AT1 cells through a process called transdifferentiation. But this attempt halted mid-way through, leaving the cells in an intermediary state that is often seen in patients with other lung diseases such as pulmonary fibrosis.

In a last-ditch attempt at self-repair, the lungs tried to turn cells from higher up in the airways, known as intrapulmonary basal-like progenitor cells, into AT1 cells. This attempt at transdifferentiation had only previously been seen in mouse models.

The findings suggest that the lung failure in patients was caused by the inability of lung cells to outpace the damage caused by the virus as the cells tried to regenerate.

The paper also describes how the virus impacts other tissues outside of the lungs. One surprising finding was that while the heart sustained significant damage and showed evidence of altered genetic programs in many different cell types, there was very little viral RNA in the heart tissue itself. “Whether that means the virus had already been cleared, or that the heart was collateral damage is an area for further research,” said Regev.

The researchers also looked at 27 different genes that previous genome-wide association studies have linked to severe COVID-19. They zeroed in on a handful that were highly expressed in key cell types in the new study, particularly those in infected lungs. This finding helps narrow down the list of potential genetic factors for severe disease and highlights the cell types that may be most relevant in severe COVID-19.

The team now plans to finish analyzing the other autopsied tissues, such as brain, spleen and trachea, to paint a more complete picture of COVID-19 pathology and provide a resource for future studies.

Orit Rozenblatt-Rosen is now Executive Director and Head of Cellular and Tissue Genomics at Genentech.

Support for this research was provided in part by the Manton Foundation, Klarman Family Foundation, Howard Hughes Medical Institute, the Chan Zuckerberg Initiative, and the Human Tumor Atlas Network trans-network projects SARDANA (Shared Repositories, Data, Analysis and Access), DARPA, and the US Food and Drug Administration. 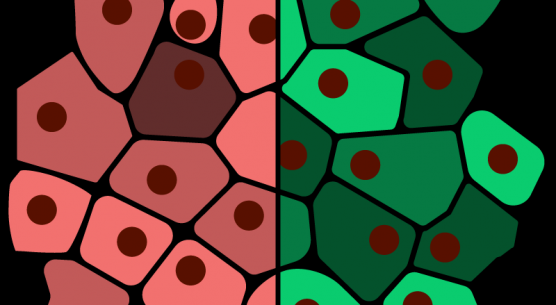