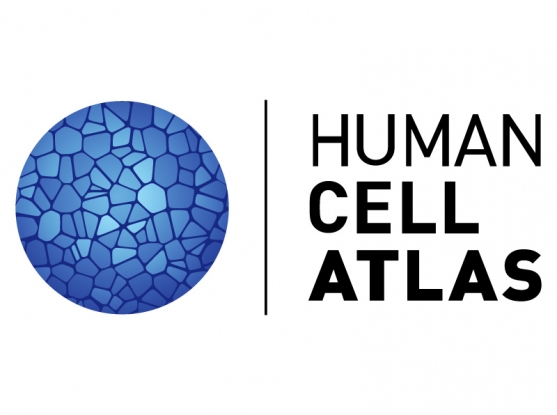 Blueprint describes path forward for cataloging every cell in the human body; cell data release to be available to research community.

The Human Cell Atlas (HCA) Consortium has released a blueprint for the international initiative’s efforts to create a comprehensive reference map of all human cells, a project that will form the basis for a deeper understanding of human health and for diagnosing, monitoring, and treating disease.

The blueprint’s release — posted as a white paper to the HCA website — coincides with the publication of a Nature commentary by the HCA organizing committee summarizing the consortium’s vision and mission.

In addition, the consortium today also announced the impending release of gene expression profiles from the first one million immune cells collected under the HCA, toward an initial milestone of collecting at least 30 million cells representing several tissues and organs for the atlas’ first draft. These data, to be posted on an online repository by early November, will be freely available for researchers’ use.*

The blueprint and data release were presented at the second HCA General Meeting, hosted by the Weizmann Institute of Science in Rehovot, Israel. The meeting celebrates the consortium’s one-year anniversary and marks its official transition from its planning to its operational phase. (Videos of the meeting’s plenary sessions can be found on the HCA YouTube channel.)

“Over the past year, the international scientific community, from physicians to computer scientists, has engaged in an open process to plan how to go about making this revolutionary atlas,” said Aviv Regev, a core member, chair of faculty, and director of the Klarman Cell Observatory and Cell Circuits Program at the Broad Institute of MIT and Harvard; an HHMI Investigator; professor of biology at Massachusetts Institute of Technology; and co-chair, with Sarah Teichmann of the Wellcome Trust Sanger Institute, of the HCA Organizing Committee. “Together, we’ve drawn the blueprint. Now it’s time to start building the house.”

“The data that will be collected for the atlas, when complete, will provide an entry point for deeper study of cells’ functions and interactions, both within their home tissues and more broadly throughout the body,” said Teichmann, head of cellular genetics at the Sanger Institute, a director of research in the Physics Department at the University of Cambridge, and a senior research fellow of Churchill College, Cambridge. “Such knowledge will, over time, have a transformative effect on the scientific understanding of human biology and on human health.”

The HCA launched in 2016 with a goal as ambitious in scope as the Human Genome Project: to create a reference catalog of all human cells, their proportions, their locations, and the interactions between them. The white paper states that for the first draft of the atlas, the consortium will study and map between 30 and 100 million cells from select organs and tissues, using massively-parallel single-cell RNA sequencing (a suite of genomic techniques capable of identifying gene expression profiles in thousands of individual cells at a time), related technologies to characterize other molecules, and spatial methods to map cells’ locations and interactions.

The consortium’s long-term goal is to profile at least 10 billion cells covering all tissues, organs, and systems, representing healthy tissues as well as those affected by particular diseases and conditions. The full atlas will be as diverse as possible, capturing a range of diseases, geographic locations, environments, and age groups.

In addition to setting the goals and scope of the atlas’s first draft, the white paper outlines the consortium’s organizational and governance structures, with significant emphasis on scientific diversity and inclusiveness. It also provides a set of guiding principles grounded in ethics, equity, and openness, reflecting the consortium’s scientific grass-roots origins.

The HCA is steered and governed by an Organizing Committee (OC), the decision-making body of the HCA. The OC comprises 27 scientists from 10 countries and is currently co-chaired by Aviv Regev (Broad Institute) and Sarah Teichmann (Wellcome Trust Sanger Institute). View the full list of HCA leadership here.

“HCA was conceived and initiated by scientists, and it is being governed and run by scientists from 19 institutions across 10 countries,” said Piero Carninci, director of the division of genomic technologies at RIKEN (The Institute of Physical and Chemical Research) in Japan and deputy director of the RIKEN Center for Life Science Technologies. “Already dozens of scientists from around the world, including various Asian countries, have expressed their interest in participating in and contributing their expertise to HCA studies.”

Data from the first one million cells, and the path to ten billion

The immune cell expression data announced today will be available in a public online resource by early November, and include single-cell RNA expression profiles of approximately one million cells collected from bone marrow and cord blood from healthy human donors.

This expression data will be freely available, allowing members of the scientific community to use the information in research. A commitment to open access is one of the core values of the HCA, along with key ethical considerations.

Various government and philanthropic organizations around the world have supported HCA and HCA-related scientific activities. Since 2015, the U.S. National Institutes of Health has supported more than $200 million in HCA-related activities, including pilot and foundational projects. Additional supporters include: the Chan-Zuckerberg Initiative, which has provided key support for the HCA’s Data Coordination Platform; The Wellcome Trust, The Manton Foundation, The Kavli Foundation, and others.

About the Human Cell Atlas

The Human Cell Atlas (HCA) is an international collaborative consortium, which aims to create comprehensive reference maps of all human cells—the fundamental units of life—as a basis for both understanding human health and diagnosing, monitoring, and treating disease. The HCA is a foundational, open resource charting cells, tissues, organs and systems throughout the body. The HCA will impact every aspect of biology and medicine, propelling translational discoveries and applications and ultimately leading to a new era of precision medicine.

The HCA is steered and governed by an Organizing Committee, spanning 27 scientists from 10 countries and diverse areas of expertise. The HCA Organizing Committee is currently co-chaired by Dr. Aviv Regev of the Broad Institute of MIT and Harvard (USA) and Dr. Sarah Teichmann of the Wellcome Trust Sanger Institute (UK).

For more information about The Human Cell Atlas, visit https://www.humancellatlas.org.

*March 3, 2018: The Human Cell Atlas Consortium is fully committed to open access of data. The initial release of data from one million immune cells has been delayed due to a longer than anticipated process for raw data release approval, but all information will be posted in a public online resource as soon as possible. Thank you for your patience.