IBM Watson Health and the Broad Institute of MIT and Harvard are launching a research partnership aimed at developing powerful predictive models that will enable clinicians to identify patients at serious risk for cardiovascular disease. This three-year project will incorporate population- and hospital-based biobank data, genomic information, and electronic health records to build upon and expand the predictive power of polygenic scoring. The project will also plan to make insights and tools widely available to the research community, including methods to calculate an individual’s risk of developing common diseases based on millions of variants in the genome.

“I’m excited to build upon the advances we’ve made in polygenic risk scoring utilizing vast amount of genomic data,” said Sekar Kathiresan, director of the Center for Genomic Medicine at Massachusetts General Hospital (MGH) and institute member and director of the Cardiovascular Disease Initiative at the Broad Institute. “By coupling clinical data with genomic data, there is an exceptional opportunity to make polygenic risk scoring more robust and powerful, and ultimately transformative for patient care. Such transformation could never happen without these kinds of partnerships.”

Kathiresan will direct this new initiative along with Anthony Philippakis, chief data officer of the Broad Institute who trained as a cardiologist at Brigham and Women’s Hospital.

“We’re working directly with the physician-scientists at the Broad Institute to evolve how AI can help unlock undiscovered clues about human health,” said John Kelly, senior vice president, IBM Watson Health. “We’ve built a deep expertise in applying AI to understand the complexities and meaning of immense amounts of data, such as genomics and health records. Our latest collaboration will combine these capabilities with clinical insights, and refine how technology can provide explainable and valuable insights to clinicians as they study and treat serious conditions such as cardiovascular disease.”

In recent years, scientists at the Broad Institute, MGH, and Harvard Medical School have advanced a new kind of genome analysis, called polygenic risk scores, that can identify subsets of the population who have a significantly higher risk of developing serious common diseases, including coronary artery disease, atrial fibrillation, or breast cancer.

These tests, which use information from more than six million sites of variation in the human genome to ascertain risk for disease, can flag greater likelihood of developing serious conditions well before symptoms appear. Research suggests that up to 25 million people in the US may be at more than triple the normal risk for coronary artery disease, and millions more may be at similar elevated risk for the other conditions, based on genetic variation alone. Such genomic information could allow physicians to find these individuals and intervene to prevent disease.

But more work needs to be done before this research is incorporated into clinical care, and that is the role of this new three-year partnership.

IBM and Broad Institute will expand the power of polygenic scoring by building AI-based models for cardiac disease risk based on genomic information combined with patients' medical records and biomarkers. This project will also incorporate direct feedback from doctors and caregivers, all with the ultimate goal of assimilating such power into the medical system.

“With this new partnership, we have the opportunity to develop new approaches for the understanding and prediction of disease,” said Eric S. Lander, president and founding director of the Broad Institute. “I’m hopeful this will help advance precision medicine for patients.” 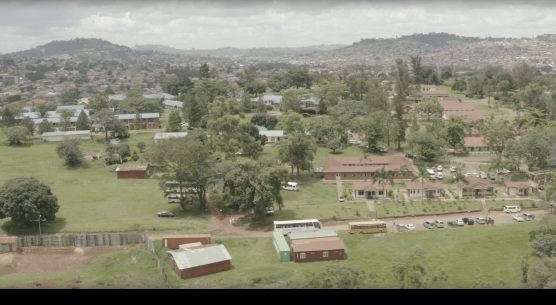 A Schizophrenia Study in Africa is Boosting Equity in Global Genetics...
Read more