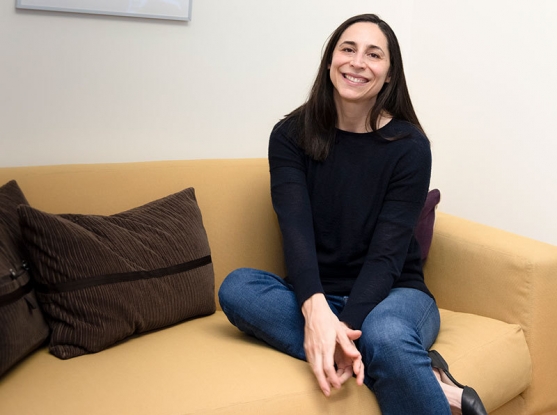 When Anna Greka, an institute member at the Broad Institute of MIT and Harvard and a physician at Brigham and Women’s Hospital, volunteered to help care for patients with COVID-19 at the peak of Boston’s springtime surge, she saw first-hand the severity of lung damage in seriously ill patients — and how limited treatment options were.

Greka shared her clinical experience with members of her lab at Broad, which drove them to ask: was it possible to find an FDA-approved drug that could reduce lung damage? By scouring the scientific literature, the team learned that a protein called MUC1, which normally generates mucus in the lungs and other organs, plays a role in lung injury, and high levels of the protein were linked to excess mucus in the lungs of severely ill COVID-19 patients. Luckily, the Greka lab was already well acquainted with MUC1.

The team had already screened a large collection of FDA-approved drugs for compounds that block MUC1. This was part of the lab’s yearslong work in studying the cellular and molecular mechanisms underlying genetic diseases, including a rare disorder called MUC1 kidney disease (MKD), which is caused by a mutated form of the MUC1 protein. The lab thought that the data they had collected when studying MKD might provide valuable clues into how to treat MUC1-associated lung injury.

“We realized that we were probably the only lab that had already completed a screen for MUC-1-reducing drugs,” said Greka, who is also an associate professor at Harvard Medical School. “We were in possession of this unique data set that could be extremely informative.” 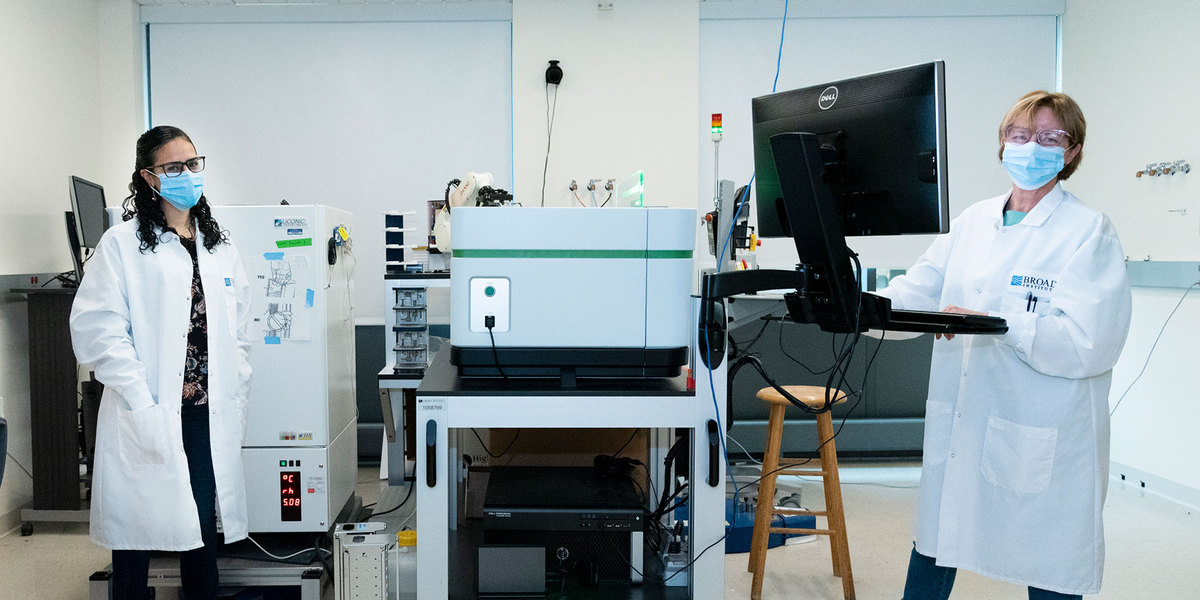 The team began reanalyzing their data from the previous drug screen and within days, they identified fostamatinib — an FDA-approved drug for an autoimmune disease — which, at least according to their data, could lower MUC1 levels in cells. A few weeks later, the lab showed that the drug could reduce MUC1 not only in human cells, but also in the lungs of mice suffering from acute lung injury. The findings, published today in Cell Reports Medicine, help provide data to support two clinical trials that are now testing the drug in critically ill COVID-19 patients.

“This study is a wonderful testament to scientific teams around the world coming together in a time of need to solve a critical problem,” said Greka.

MUC1 is important for the health of several organs and, when mutated or misregulated, can lead to disease. In the lungs, it normally generates mucus that lines and protects the airways, but excess amounts can contribute to lung damage and even lung failure. In people with MUC1 kidney disease, a mutation in the MUC1 gene causes cells to produce a misfolded version of the MUC1 protein, which accumulates over time and kills kidney cells.

To search for drugs that clear the mutant form of MUC1 in MKD, Greka and her colleagues turned to the Broad’s Drug Repurposing Hub—a collection of nearly 7,000 drugs, including many that have already been approved by the FDA or are currently in clinical trials. Greka’s team screened more than 3,700 of the compounds in the hub, and in 2019, they identified, in a study published in Cell, a drug from the hub that targets mutant MUC1. As part of the study, the team had also collected data on drugs that block normal MUC1, but had set them aside, not expecting that they would need to turn back to these data a year later.

In March, however, Eriene Sidhom, a graduate student in the Greka lab, and Maria Alimova and her colleagues in Broad’s Center for the Development of Therapeutics, went back to that data to look for a compound that could effectively remove MUC1 — this time with the lungs in mind. They and the team hypothesized that such a drug might lower mucus production in the lungs and hopefully help treat COVID-19 patients with lung injury.

“We’d never worked with the lungs before, so it required some serious reading to understand how MUC1 is working in lung cells,” said Greka. “It was really a crash course in lung biology, but the more we read, the more we realized we might really have something to offer.”

Thanks to regular Zoom meetings between lab members, and eager collaborators in Europe and the US who jumped at the opportunity to help in providing mouse models of lung injury, it took the team only eight weeks to show that fostamatinib, which has already been proven safe in humans, could potentially be repurposed for COVID-19 patients with lung injury.

From lab to clinic

Greka’s team posted their initial results as a preprint on the bioRxiv server in June. It caught the attention of researchers in the United Kingdom, who had already been mulling over the possibility of testing fostamatinib in COVID-19 patients.

“Once our preprint hit, that gave them a mechanistic rationale for something they’d already been wondering about,” said Greka.

In July, a team at Imperial College London announced a phase 2 clinical trial to study the efficacy of fostamatinib in treating hospitalized COVID-19 patients with severe lung injury. In October, the National Institutes of Health and Inova Health System in the United States began a similar phase 2 trial.

Greka’s lab has wrapped up their work on the lung—at least for now—and refocused on the research they were doing before the pandemic. But what they learned about MUC1 in the lungs could hold lessons about how the protein functions elsewhere in the body.

“Our team tries to understand basic mechanisms of disease, and the lessons we learn in one cell type can often be revealing about the inner workings of other cell types — that’s the beauty of science,” said Greka.

The research was funded by the National Institutes of Health and by the Slim Initiative for Genomic Medicine in the Americas (SIGMA), a collaboration of the Broad Institute and the Carlos Slim Foundation.