Two Broad researchers have won awards from the Howard Hughes Medical Institute that aim to nurture the groundbreaking work of the nation’s brightest young scientists. Broad Institute core member Aviv Regev and Bradley Bernstein, a Broad associate member and assistant professor at Massachusetts General Hospital, are among 50 researchers nationwide to receive the honor, which includes a prestigious six-year appointment to HHMI and $1.5 million in research funds. 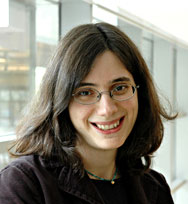 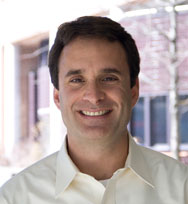 The HHMI Early Career Scientist awards, given this year for the first time, recognize scientists who have shown great promise in pursuing revolutionary ideas and have led their own laboratories for just a few years. This early career stage is widely considered to be the most challenging and is often a vulnerable juncture in an academic researcher’s career; funding needs can take center stage, which means grant-writing often assumes precedence over other important duties, such as laboratory work and mentoring young scientists.

“We saw a tremendous opportunity for HHMI to impact the research community by freeing promising scientists to pursue their best ideas during this early stage of their careers,” said HHMI President Thomas R. Cech. The HHMI awards are designed to free early-career scientists from these constraints, thereby enabling them to focus their creative energies on science.

Regev, who is also an assistant professor at MIT, combines computational and experimental methods to understand molecular networks, specifically how they function and adapt to genetic and environmental changes. Her research has already uncovered deep evolutionary insights in yeast and has been applied in novel ways to study the single-celled malaria parasite, Plasmodium falciparum. Bernstein’s work focuses on chromatin, the DNA-protein scaffolding that contains important biological cues. By taking a genomic approach, he and his colleagues have identified key chromatin signals that guide cells’ normal development and may also play roles in human disease.

Read more about the 2009 Early Career Scientist Awards at the HHMI website.