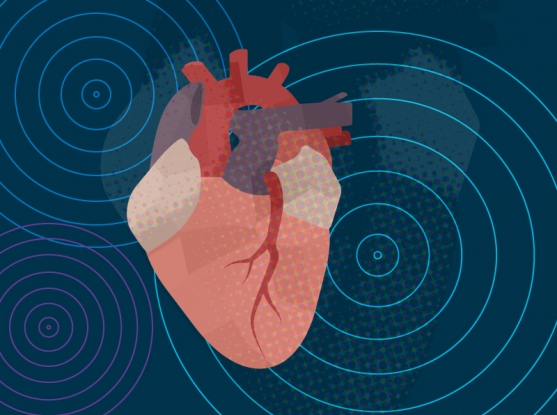 Massive study sheds light on the genetic roots of a dangerous, yet common, heart arrhythmia

Patients with atrial fibrillation (AF), a condition causing a rapid, irregular heart rate that can increase the risk of stroke, could use some new treatment options. Despite how common the condition is, the current treatment options don’t always work.

The roots of atrial fibrillation are now less mysterious, thanks to a new study.

Led by scientists at the Broad Institute of MIT and Harvard, Massachusetts General Hospital, and Boston University School of Public Health, the largest genetic study of AF to date involving more than a half-million people has revealed dozens of new genetic risk factors for the disorder and identified genes associated with several aspects of cardiac health.

The findings, which the researchers hope will support efforts to develop new drugs to treat AF, are described today in Nature Genetics.

“In atrial fibrillation, the upper chamber of the heart beats irregularly,” said Patrick Ellinor, a cardiologist at Massachusetts General Hospital, a professor of medicine at Harvard Medical School, and an associate member of the Broad Institute of MIT and Harvard who helped lead the new study. “The electrical chaos in this chamber is similar to what happens after you throw a handful of pebbles into a pond and waves crash into each other randomly.”

To get the heart pumping normally again, cardiologists may try to shock the heart back into a normal rhythm, but that doesn’t work for all patients. In some cases, more invasive procedures are done to attempt to control the heart’s rhythm. Most who are diagnosed with AF will take blood thinners for their entire lives to reduce the risk for stroke, a treatment that addresses a potential complication of the disease rather than its cause and increases the risk of dangerous bleeding.

With the goal of opening the door to new AF treatments, Ellinor and fellow researchers at the Broad several years ago set out to uncover AF’s genetic roots via the institute's partnership with Bayer aimed at leveraging insights from human genetics to help create new cardiovascular therapies. While AF is more common in the elderly, inherited genetic risk factors that lead even some young people to develop the condition could be the key to novel therapies. Working with colleagues around the globe to gather existing genetic data and generate new data from more than half a million people representing four ethnic groups, including more than 65,000 with AF, the team identified dozens of new genetic risk factors for the condition. Of the nearly 100 genetic regions associated with risk of developing AF, 67 were never before linked to the disease.

Further analyses of the samples revealed that many of these genes exhibit different levels of expression between healthy patients and those with AF; some of these genes are associated with the development of cardiac tissue, its electrophysiological capabilities, and the structural and contractile properties of cardiac muscle.

“Our results provide a more complete picture of the genomic basis of atrial fibrillation,” said Carolina Roselli, a computational biologist in the Broad’s Cardiovascular Disease Initiative who led the study’s data analysis. “I am very excited for our team to take these findings into the lab to learn more about the molecular mechanisms responsible for the disease.”

While insights from this study may help to generate new AF treatments, Ellinor stressed that they have much work to do before patients see new drugs in the clinic. “The findings give us a really good foundation for what we ought to be studying in the lab,” he said. “It’s a much broader portfolio of genes and pathways to focus on that we just haven’t had in the past, and we’re excited about the future possibilities.”

This study was funded in part by Bayer's partnership investment.