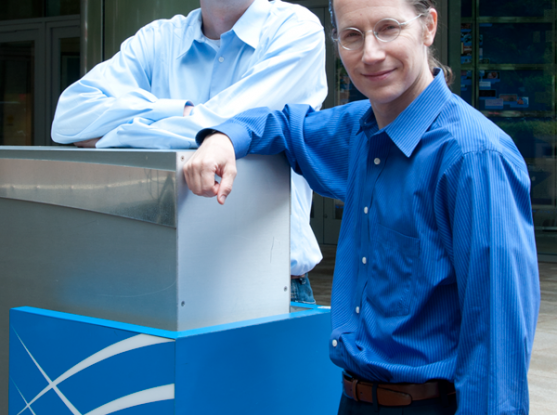 Attention deficit hyperactivity disorder, or ADHD, is one of the most common disorders in children, often disrupting not only the early years but also adulthood. Yet, the genes that underlie it remain unknown. To accelerate understanding the genetics of this disorder, Louis V. Gerstner, Jr. has pledged $4.6 million through the Gerstner Family Foundation to launch a bold new program focused on genomic studies of ADHD.

The effort, which will be called the ADHD Initiative, marks a scientific collaboration between the Broad Institute and Massachusetts General Hospital (MGH) — two organizations that have already partnered to unearth new genetic insights into many other common disorders, including inflammatory bowel disease, autism and type 2 diabetes. The ADHD Initiative will be led by Mark Daly, Ph.D. and Benjamin Neale, Ph.D., two of the chief architects behind these recent discoveries who are associated with both the Broad and MGH.

“Progress in nearly every major disease depends upon the support of a few visionary leaders, who are willing to fund research at the earliest, most critical stages,” said Broad Institute Director Eric Lander. “Lou is one of these remarkable visionaries — he is laying a critical foundation that will ultimately give rise to an entire field of research.”

ADHD affects nearly 5% of school-aged children and its consequences can be serious: the disorder affects school behavior and impacts not only a child’s learning but also the future prospects of higher education and even employment. Studies of identical and fraternal twins suggest there is a strong genetic component to ADHD and that it is about 70 – 80% heritable — a statistical measurement that indicates to what extent the disorder is influenced by variations in genes. In addition, a recent study examined the genomes of more than 350 children with ADHD, revealing a significantly higher rate of missing or duplicated regions compared to children without the disorder. Some of these abnormal genomic regions — known as copy number variants or CNVs — overlap areas that are affected in schizophrenia and autism patients, suggesting some shared genetic origins among these conditions.

“It’s clear that ADHD is influenced by inherited factors, but our ability to identify them has been limited by the paucity of large sample collections,” said Dr. Neale, an assistant in genetics at MGH, a research affiliate at the Broad Institute and one of the leaders of the new ADHD effort. “The Gerstner gift will enable us to drive progress in this critical area.”

Patient samples are the critical backbone of genomic studies. For example, the recent successes of Broad and MGH researchers, and others, in identifying the genetic factors that influence inflammatory bowel disease and type 2 diabetes harnessed samples in excess of 10,000 patients for each disease. With such large repositories of patient samples, researchers have so far been able to identify more than 100 genes involved in inflammatory bowel disease and roughly 40 genes involved in type 2 diabetes. Yet in ADHD, such rigorous studies of similarly large collections of patient samples have not yet been possible.

Now, the Gerstner family will provide the crucial support to enable the creation of this vital resource. As part of the first phase of a comprehensive genomic program aimed at identifying the genetic risk factors that influence ADHD, Daly, Neale and their colleagues will draw upon collaborations with basic scientists and clinicians across the globe to collect roughly 15,000 patient samples. That resource will lay the foundation for a flagship project that applies cutting-edge tools to evaluate genetic variation across the human genome and identify the variants associated with ADHD.

“I’m deeply grateful to Lou for his generosity and vision in supporting this groundbreaking project,” said Dr. Daly, a senior associate member of the Broad Institute and co-director of its Program in Medical and Population Genetics, and chief of the Analytic and Translational Genetics Unit at MGH. “This will enable the first critical steps in a long-term strategy to make a substantive impact on the understanding, treatment and clinical care of ADHD.”