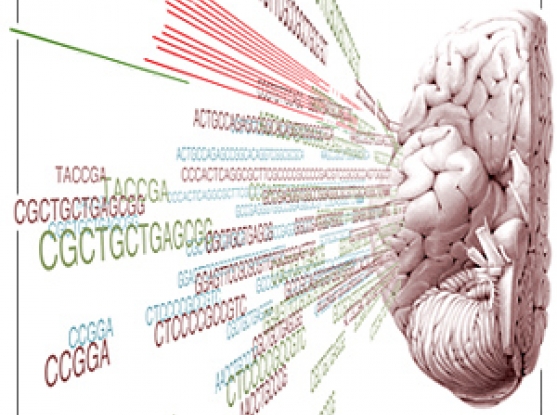 Schizophrenia and bipolar disorder run in families. Up to 80 percent of cases can be traced to inheritance, but determining exactly which genetic variants among millions of possibilities that might be responsible has proved challenging.

Two studies combining thousands of patient samples – more than 10,000 people with schizophrenia and more than 7,000 people with bipolar disorder, plus larger numbers of unaffected people – have allowed differences in DNA associated with the diseases to rise above a vast sea of statistical noise.

Looking at such large samples, an international consortium that included deep involvement by scientists at the Broad Institute and Massachusetts General Hospital has identified 10 genetic risk factors that contribute to either schizophrenia or bipolar disorder and discovered strong evidence for three genes being implicated in both diseases. The results appear in two papers published online September 18 in Nature Genetics.

“There are hundreds of genes involved in susceptibility to schizophrenia and bipolar disorder. This study is able for the first time to articulate 10 conclusive genetic components to the disease, half of which are completely novel,” said Mark J. Daly, Ph.D., a senior associate member of the Broad Institute and co-director of its Program in Medical and Population Genetics, and chief of the Analytic and Translational Genetics Unit at MGH. He is the chair and coordinator of statistical analyses for the Psychiatric Genome-Wide Association Study Consortium (PGC) and senior author of the schizophrenia paper and a co-author of the bipolar paper. “It’s still a small bit of the overall picture, but each time we find additional genes, we get more specific insight into the biological processes at the heart of the disease.”

"Harnessing the information in the human genome is providing a systematic approach to uncover insights into the biology of disease," said Broad Institute Director Eric Lander. "This approach is especially important in psychiatric disease, because we've had no way until now to discover the underlying molecular mechanisms of these devastating conditions."

One newly discovered genetic variant found in people with schizophrenia affects MIR137, which regulates the way brain cells, or neurons, grow. Another research group independently found that this microRNA plays a role in neuronal development and maturation. MicroRNAs are small RNA molecules that control the levels of proteins made from transcribed genes.

“This is a new connection between the biology of the neuron and schizophrenia,” said Stephan Ripke, M.D.,  a visiting scientist at the Stanley Center for Psychiatric Research at the Broad, a research scientist at MGH, and the schizophrenia paper’s first author.

In bipolar disorder, the study revealed more about a genetic variant related to calcium channels, which govern how signals travel between brain cells.

“This gives some potentially strong targets for future studies as we think about how genes come together to lead to a complex disease like bipolar disorder,” said Shaun M. Purcell, Ph.D., a senior associate member of the Stanley Center at the Broad, a faculty member at MGH, and senior author of the bipolar paper.

Having specific biological targets focuses future research into schizophrenia, bipolar disorder, and other psychiatric disease, the scientists said. The PGC effort also analyzed samples from genome-wide association studies of major depression, autism, and attention deficit hyperactivity disorder (ADHD). The consortium will publish results on the entire dataset, looking at effects both within and across disorders, at a later date.

“We need to find all the other variation, common and rare, that is influencing risk of psychiatric disorders,” said Steven McCarroll, Ph.D., director of genetics for the Stanley Center. “These results are important because they tell us not only that that’s possible, but that the work will lead us to specific and actionable areas of human biology. They are not just random hits on the dartboard of the genome.”