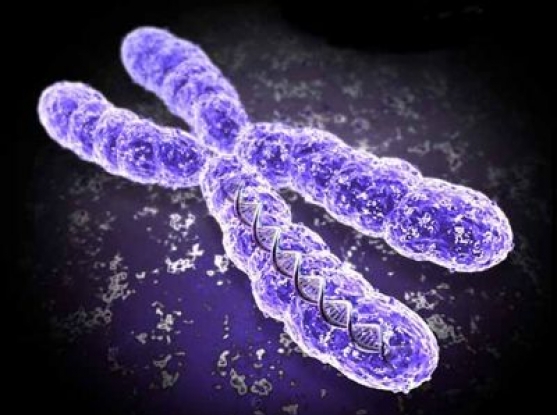 Ranking as one of the leading types of cancer, claiming nearly 50,000 lives each year in the United States alone, colorectal cancer represents a huge clinical burden. For this reason, researchers have long pursued a deeper understanding of how this cancer type develops and grows. Recent advances in the technology of whole genome sequencing, in which a tumor’s complete genetic sequence is determined and compared with that of normal tissue, are yielding surprising new findings underlying the genetics of colorectal cancer.

A team led by the Dana-Farber Cancer Institute and the Broad Institute of MIT and Harvard used whole genome sequencing of nine patients with colorectal cancer, the largest number of whole genomes analyzed to date in a single study of colorectal cancer. Sequencing the genomes of each person’s tumor, along with companion samples of normal, non-cancerous colon tissue, revealed multiple areas within the cancer genomes where different genes are abnormally attached to each other. Known as fusion genes, these products are highly unusual in normal tissue, but are found at higher frequency in cancer tissue. Writing in Nature Genetics, the team reported finding 11 fusion genes in the samples studied. One fusion gene, a combination of the VTI1A and TCF7L2 genes, stands out. TCF7L2 is known to have a significant role in colorectal cancer because it collaborates with another molecule, beta-catenin, whose activity is critical to initiating these tumors. The team selected VTI1A-TCF7L2 for further investigation and found that it plays a key functional role in colorectal cancer growth.

Looking for genetic alterations in colorectal cancer is not new. But only in the last few years has the capacity existed for doing a deeper analysis of the entire genomes of colorectal cancer tumors. “Because colon cancer had been a fairly well-studied tumor, we needed to go beyond what was already well established,” says Adam Bass co-first author of the paper who completed this work while in the laboratory of Broad senior associate member, Matthew Meyerson. By doing whole genome sequencing, the DFCI/Broad team was able to find many genetic flaws previously undescribed in colorectal cancer. “We found the kind of alterations, like this fusion gene, that we have been blind to in the past because we did not have an effective way to find them,” Bass says. Meyerson adds,“Today, with whole genome sequencing, we now have the opportunity to find the many causative fusion genes in common human cancers, many of them potentially leading to new treatment modalities.”

Cancer genomes are chaotic. Each cancer tumor harbors thousands of genetic alterations. “The problem is that most of them are not pathologically important, but others are really driving the cancer. Finding those mutations that really matter is a huge challenge,” Bass explains. Working with the Broad’s genome sequencing and analysis team, especially Gad Getz and co-first author Michael Lawrence, the team could conduct the extensive analysis of the newly identified genetic abnormalities that included an average of 15,330 genetic mutations in each person’s cancerous tissue. Because they could apply WGS, they also found 75 structural changes where one piece of a chromosome was attached to the wrong place. And they identified 11 cases where two genes were inappropriately fused together. “As the tumor genome gets aberrantly mixed and matched, fusion genes will be created so seeing individual fusion genes is not a surprise,” says Bass, who explains that if any of these genetic rearrangements occurs in multiple cancers, that fusion event is much more likely to play an important role in tumor growth. Looking for this fusion in more tumors, they found that the VTI1A-TCF7L2 fusion gene was found in three of 97 total colorectal cancer samples studied making this the first recurrent fusion gene described in this disease. None of the other ten fusion genes appeared in more than one tumor.

To prove that VTI1A-TCF7L2 has an important functional role in colorectal cancer, they looked to Broad colleagues Levi Garraway and Jordi Barretina. Working together, the team located a cancer cell line containing the same fusion gene. “That led us very quickly from a finding in the cancer’s genome to having a model we could work with in the laboratory to find out its function,” explains Bass. By experimentally reducing the level of this fusion gene in the cancer cell line, they reduced the ability of the cancer cell to grow properly thus confirming that the fusion gene has a substantial role in the cancer’s survival. Going forward, the team will continue to investigate the precise role of the VTI1A-TCF7L2 fused gene.