Fei Chen named as a core member of Broad Institute 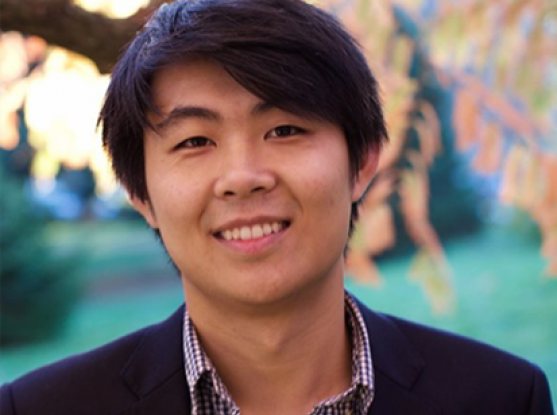 The Broad Institute has named Fei Chen as a core institute member. In this role, Chen will continue the scientific work he has undertaken as a Schmidt Fellow at the Broad since 2017, aimed at using microscopy and spatial genomics to learn about cells in their native habitat.

He also joins the Department of Stem Cell and Regenerative Biology at Harvard University as an assistant professor.

“Fei is a tremendously creative and passionate scientist and inventor,” said Eric Lander, president and founding director of the Broad Institute. “We are delighted that he will continue to expand his scientific horizons here at the Broad.”

While earning his Ph.D. at MIT in the lab of Broad associate member Ed Boyden, Chen helped develop Expansion Microscopy, a technique in which cellular components are enlarged so they can be distinguished by ordinary light microscopes. He next joined the Broad as a Schmidt Fellow and collaborated with Broad associate member Evan Macosko to develop Slide-seq, a technology that uses genetic sequencing to draw detailed, two-dimensional maps of tissues. The approach reveals not only what cell types are present, but where they are located and the genes that they activate. Chen has used the approach to study brain development, neurological diseases, and other biological processes, and he is collaborating with scientists across the institute to study diverse cell types and tissues in health and disease. His lab also creates tools to track and analyze what happens to individual cells over time, by encoding a record of cellular events as changes in DNA or RNA.

“It has been a great joy to be a part of the Broad for the past three years as a fellow. I am excited to join the faculty of the Broad Institute, where I can continue tackling the high-risk projects that have made my time at the institute so thrilling,” said Chen.

His work has earned multiple honors, including a National Institutes of Health Director’s Early Independence Award, an Allen Distinguished Investigator Award, a Burroughs Wellcome Fund Career Award at the Scientific Interface, and a place on the 2019 Forbes 30 Under 30 Healthcare list.