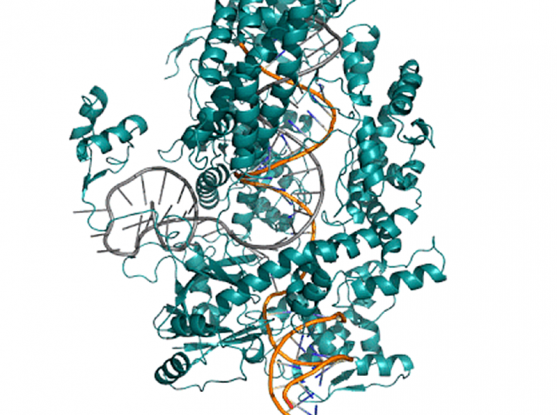 The European Patent Office (EPO) has announced it intends to grant its first CRISPR-Cpf1 patent to the Broad Institute, MIT, and Harvard University, based on a patent application filed in June 2015.

The European Patent Office (EPO) has announced it intends to grant its first CRISPR-Cpf1 patent to the Broad Institute, MIT, and Harvard University, based on a patent application filed in June 2015.

CRISPR-Cpf1 holds the potential for simpler and more precise genome engineering than has been available with CRISPR-Cas9. Feng Zhang and collaborators elucidated the mechanism and harnessed the Cpf1 system for gene editing in human cells in a paper published in Cell in September 2015.

"We are committed to continue making the CRISPR-Cpf1 technology widely accessible," Zhang said. "We are excited to further explore the expansive natural diversity of CRISPR systems and develop new tools to accelerate research and improve human health."

The natural CRISPR-Cpf1 system is an RNA-guided system that has important differences from the Cas9 system, including the fact that it is a simpler system that does not require a tracrRNA component. The EPO has allowed the inventors' claims to an engineered Cpf1 system, including methods for use in genome editing in eukaryotic cells.

Zhang, a core institute member of the Broad Institute, an investigator at the McGovern Institute for Brain Research at MIT, and the James and Patricia Poitras Professor of Neuroscience and Associate Professor in Brain and Cognitive Sciences and Biological Engineering at MIT, is listed as an inventor, along with students Omar Abudayyeh (Harvard Health Sciences and Technology), Jonathan Gootenberg (Harvard), Ian Slaymaker (MIT), and Bernd Zetsche (MIT/Bonn Medical School).

Several Cpf1 patent applications are pending in the United States, each describing various methods that rely on the system first published by Zhang and collaborators in Cell in September 2015. These include applications from the Broad Institute as well as from other organizations.

These patents add to a growing international landscape of intellectual property around CRISPR. The EPO has previously granted eight of Broad's CRISPR-related patent applications. In the United States, the US Patent and Trademark Office has issued 50 patents with claims to CRISPR and/or Cas9, including a robust portfolio of 13 CRISPR patents to the Broad Institute, MIT and affiliated groups for inventions from Zhang and the Zhang lab. The USPTO has also issued ten CRISPR patents to Harvard University relating to inventions of Broad Senior Associate member George Church and the Church lab, and of Broad Institute core member David Liu and the Liu lab; three CRISPR patents to DuPont; one to Agilent Technologies; one to University of Georgia Research Foundation; one to Institut Pasteur; and one to Caribou Biosciences. In addition, the USPTO is considering other applications. 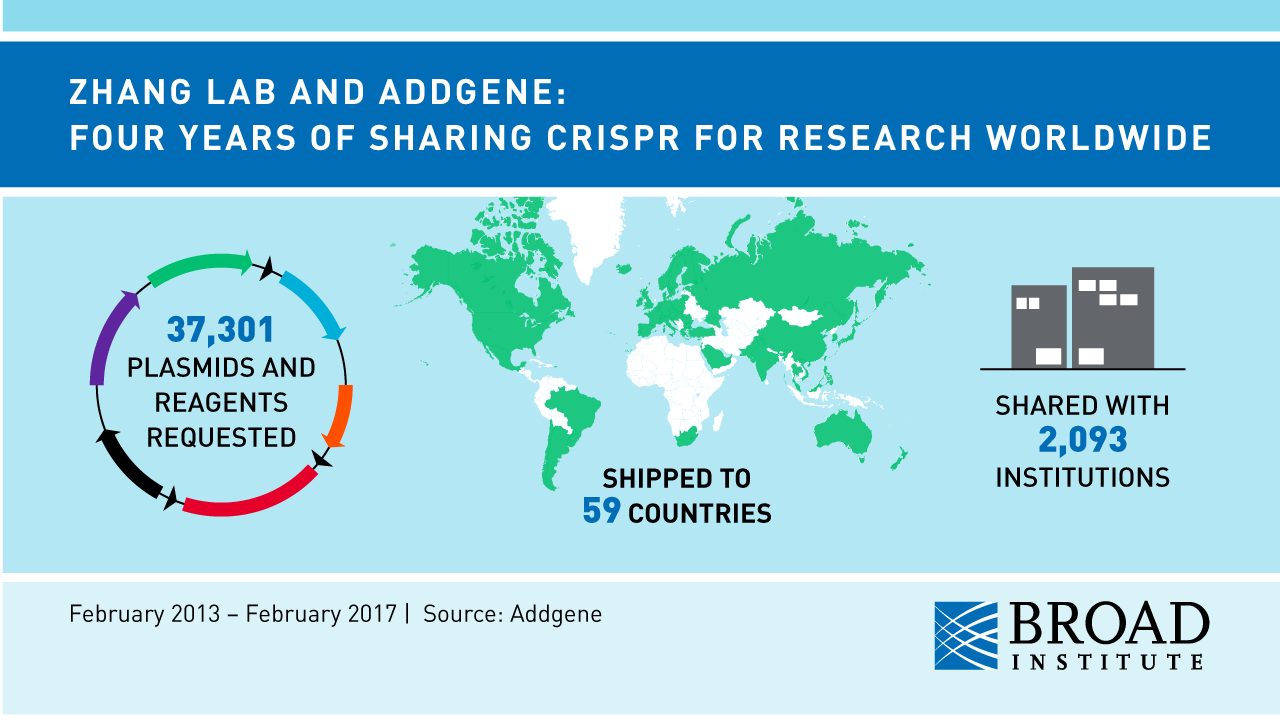 For more than four years Zhang and collaborators have worked with the nonprofit Addgene to openly share CRISPR reagents more than 37,000 times with researchers at nearly 2,100 institutions in 59 countries.

"Researchers at many institutions have contributed to the understanding and use of CRISPR systems, and it is encouraging that the worldwide intellectual property landscape reflects this diversity," said Issi Rozen, Chief Business Officer at the Broad Institute. "It is vital that these institutions pledge to treat these technologies as a public good, and share them in ways that maximize the benefit to patients. This includes open sharing with the academic and nonprofit community, non-exclusive licenses for research purposes, and limits on exclusivity so there is always a path for promising medical innovations to be explored."