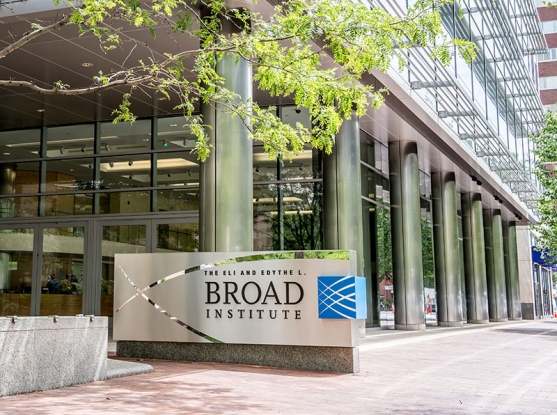 The Broad Institute of MIT and Harvard announced today that renowned technologist, entrepreneur and philanthropist Eric Schmidt will become the next Chair of the Board of Directors, succeeding Louis V. Gerstner, Jr., who has served as Chair of the Board since 2013.

Schmidt joined the Broad Institute Board in 2012 and has worked closely with Gerstner and other fellow Board members to steward the institution in its mission of improving human health by advancing the understanding and treatment of disease.

“The Broad Institute is truly an exceptional place,” said Eric Schmidt, co-founder of Schmidt Futures and former CEO and chair of Google. “I’ve seen firsthand the extraordinary talent that the partnership of Harvard, MIT, and its network of teaching and research hospitals attract. By bringing together the brightest minds in biomedical and data science research from around the world, Broad advances unparalleled research that will no doubt have an impact on human health for decades to come. I am both humbled and inspired to be part of this institution, which was made possible by the vision of Eli and Edye Broad and has long benefited from Lou Gerstner’s exceptional leadership. I look forward to all the promising work that’s to come.”

Schmidt will assume the board leadership following Gerstner’s successful eight-year tenure, overseeing the Broad Institute's substantial growth and its contributions to advancing scientific knowledge and enabling new global research collaborations. Under his leadership as Chair, the Broad Institute has expanded its focus and impact around mental illness, genome editing, cancer diagnostics, therapeutics and drug discovery, developing software tools to drive the intersection of biology and machine learning, COVID-19 testing and research to serve public health needs, and more.

Gerstner served as chief executive officer and chairman of the board of IBM Corporation from April 1993 to March 2002 and chairman until his retirement in December 2002. Following IBM, Mr. Gerstner joined The Carlyle Group, a global private equity firm located in Washington, D.C. He served as chairman from January 2003 until October 2008 and upon retiring from that position, he continued as a senior advisor to Carlyle through September 2016.

“At this pivotal time in the Broad Institute’s history, we look back with great pride on more than fifteen years of extraordinary accomplishments and look forward to transformative advances in our understanding of human health,” said Rafael Reif, president of MIT and member of the Broad Institute Board of Directors. “Eric Schmidt’s deep insight into the convergence of biology and machine learning, his bold vision and his inquisitive mind make him the ideal choice to steward the Broad and guide its impact into the future.”

“Eric Schmidt is an extraordinary leader. His creativity and insight—a boon to the board these past nine years—will be put to their best use in his new role as Chair. We are deeply grateful for his willingness to serve,” said Lawrence Bacow, president of Harvard University and member of the Broad Institute Board of Directors. “We are indebted to Lou Gerstner. His many years of leadership enabled an enormously productive and generative period for the Broad and put the Institute on sound footing for a promising future.”

The Broad Institute’s 17-member Board of Directors brings together world-class leaders from science, education and business, and includes representatives from Broad Institute partner institutions. These distinguished members serve as stewards of the institute, helping to drive the transformation of medicine that lies at the heart of the institute’s mission.

“Over its first 15 years, the Broad Institute has exceeded Eli and Edye’s expectations, consistently delivering on their ambitious founding vision to better understand human disease and pioneer a new way of conducting science,” said Gerun Riley, president of The Eli and Edythe Broad Foundation. “That progress is due in large part to Lou Gerstner’s steady, wise and committed leadership. Among other accomplishments, during his term as board Chair Lou helped strengthen key partnerships in support of our scientific strategy, bringing us closer to delivering meaningful therapeutic impact. We are fortunate to have a Board comprised of insightful and brilliant leaders across multiple fields, just as the Broad Institute itself is home to world-class scientists from many disciplines, all working together toward the common purpose of understanding human health and transforming the detection, treatment, and prevention of disease.”

“Over the last eight years, Lou’s leadership and wise counsel have been integral to the Broad’s continuing success and we are deeply grateful for his time, counsel, and visionary leadership,” said Todd Golub, director of the Broad Institute. “Eric’s astounding impact in technology, plus his commitment to philanthropy and supporting the next generation of scientists, are unrivaled. I’ve seen his deepened commitment across the institute throughout the years, including his recent partnership with Wendy to the Schmidt Center at Broad, and I can’t imagine anyone better suited to follow in Lou’s footsteps.”

Eric Schmidt is the co-founder of Schmidt Futures, a philanthropic initiative that bets early on exceptional people making the world better. Together with his wife Wendy Schmidt, he is also co-founder of the Schmidt Family Foundation and Schmidt Ocean Institute.

Schmidt served as Google’s chief executive officer and chair from 2001 to 2011, executive chair from 2011 to 2018 and most recently as technical advisor from 2018 until 2020. Under his leadership, Google scaled its infrastructure and diversified its product offerings while maintaining a strong culture of innovation. Prior to his career at Google, Schmidt held leadership roles at Novell and Sun Microsystems, Inc. He was a member of the President’s Council of Advisors on Science and Technology during the Obama administration and served on the Prime Minister’s Advisory Council in the U.K.

Throughout his tenure on the board, Schmidt has made significant contributions to the work of Broad Institute and has been instrumental to its success. The Institute recently launched the Eric and Wendy Schmidt Center, an initiative funded by an endowment gift from the Schmidts that will catalyze a new scientific discipline at the intersection of biology and machine learning.

Eric Schmidt will begin his term as Chair of the Board on June 8, 2021.