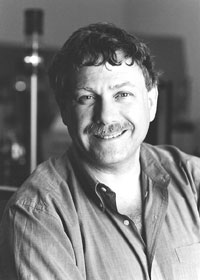 Lander, founding director of the newly created Broad Institute of MIT and Harvard, "has helped to tell the stories of genomics research to a broad cross-section of the general public in a consistently compelling and meaningful way," said Shirley Malcom, director of Education and Human Resources at AAAS. "In this way, he has shown his commitment to educating the public about a new and complex science with profound implications for the quality of human life."

During a special Millennium Lecture at the U.S. White House in October 1999, for example, Lander explained that all humans are 99.9 percent similar from the genetics standpoint. Former U.S. President Bill Clinton incorporated this fact into more than 100 speeches, including a State of the Union Address.

A leader of the Human Genome Project, Lander worked closely with U.S. and international reporters to explain genomics in understandable terms, AAAS noted. In 2001, he was featured in a NOVA special on the human genome, which educated the television audience on the complexities of the project. Lander was cited by AAAS "for his excellence in communicating complex scientific ideas, and their implications for society, to the general public and policymakers, while actively engaged in a demanding and aggressive research program."

Lander's honors and awards include the MacArthur Foundation Prize Fellowship in 1987, the Chiron Prize for Biotechnology from the American Society for Microbiology in 1998, the City of Medicine Award in 2001, the Gairdner Foundation International Award of Canada in 2002 and many more. He has also won the Baker Memorial Award for Undergraduate Teaching at MIT in 1992 and the Woodrow Wilson Prize for Public Service from Princeton University in 1998. Lander was elected a Member of the U.S. National Academy of Sciences in 1997 and the U.S. Institute of Medicine in 1999.

The American Association for the Advancement of Science (AAAS) is the world's largest general scientific society, and publisher of the journal, Science (www.sciencemag.org). AAAS was founded in 1848, and serves some 262 affiliated societies and academies of science, including 10 million individuals. Science has the largest paid circulation of any peer-reviewed general science journal in the world, with an estimated total readership of one million. The non-profit AAAS (www.aaas.org) is open to all and fulfills its mission to "advance science and serve society" through initiatives in science policy; international programs; science education; and more. For the latest research news, log onto EurekAlert!, www.eurekalert.org, the premier science-news Web site, a service of AAAS.

For more information on AAAS awards, see http://www.aaas.org/aboutaaas/awards/winners.shtml. Awards will be bestowed at the 2005 AAAS Annual Meeting in Washington, D.C., on 19 February.

Ginger Pinholster
gpinhols@aaas.org
202-326-6421
American Association for the Advancement of Science