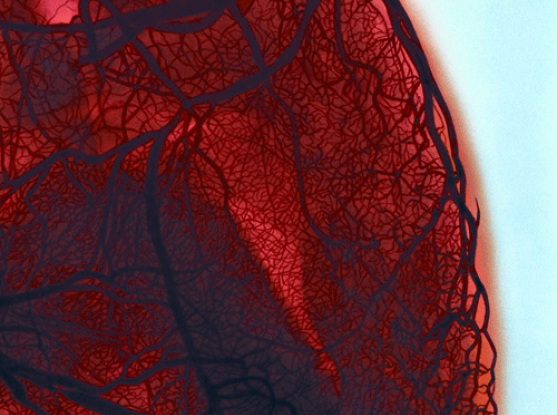 To find genes that underlie traits or diseases, which can reveal the biological pathways involved and potentially new therapeutic targets, scientists can use a variety of methods. One method, known as a genome-wide association study or GWAS, scans the entire genome for common genetic variants to highlight areas likely to harbor influential genes. But GWAS can highlight dozens of variants, each with small effects on the trait, making it difficult for researchers to identify the most important ones. Another approach is to look for rare changes in DNA that underlie rare diseases and cause extreme variation in a trait. These rare variants are more likely to have large effects, making them easier to implicate and revealing critical genes more readily.

Scientists at the Broad Institute of MIT and Harvard have been searching for the genes underlying lipid levels in the blood — low-density lipoprotein cholesterol, high-density lipoprotein cholesterol, and triglycerides. They’ve had success by approaching the problem from both ends of the spectrum of variation, from common to rare. A recent GWAS of more than 100,000 people identified 95 gene regions linked to lipid levels. The scientists, led by Broad associate member and clinical cardiologist Sekar Kathiresan, have now added a major player to that list by studying a rare disease that causes extremely low levels of LDL cholesterol, the so-called “bad” cholesterol, in a single family. The gene represents a potential new target for drug development and offers a new angle for studying the biology of lipid metabolism. The work appears in the October 13 online edition of the New England Journal of Medicine.

Three years ago, co-senior author Kathiresan was scanning an online catalog of genetic diseases for interesting cases of very high or low blood lipid levels. He read about a disorder called familial hypobetalipoproteinemia, an inherited disorder marked by extremely low LDL cholesterol. Some cases had been linked to mutations in a gene called apolipoprotein B (APOB), but other cases were clearly due to mutations in other genes. People with the APOB mutation also experienced an unhealthy buildup of lipids in the liver, known as “fatty liver.” Pharmaceutical attempts to lower LDL cholesterol by targeting APOB have produced fatty liver in trials, making it a less attractive drug target.

Kathiresan wondered if studying the other cases could reveal another route for reducing cholesterol. He contacted Gustav Schonfeld, at Washington University in St. Louis School of Medicine, who a decade ago had identified a family in which several members had low LDL cholesterol levels, some extremely low, but did not appear to be at risk for fatty liver. Schonfeld knew that these family members did not have APOB mutations, and he narrowed in on a large region of chromosome one containing dozens of genes. His team sequenced some suspected genes in the region but came up empty-handed. The cost of sequencing at the time had precluded covering all the genes, but Kathiresan thought it was time to revisit the rare disease with today’s technology.

The Broad Institute had been gearing up to use so-called “next-generation” sequencing technology to sequence only the protein-coding portions of the genome, known as the exome. Compared to whole-genome sequencing, which determines the series of all “letters” of DNA in the genome, exome sequencing focuses on the roughly one percent of the genome that encodes protein. “In the early stages in the adoption of exome sequencing, we chose to focus on investigations where a small sample size might be adequate to reveal mutations of large effect,” said Stacey Gabriel, co-senior author on the paper and director of the Broad’s Genetic Analysis Platform. “This project was ideal because it involved a family with a clear pattern of transmission of the trait.”

Although the researchers highly suspected that the mutation was on chromosome one, they chose to sequence all exomes across the genome. “It’s like shooting a mosquito with a gun, because we already knew where the gene was likely to be,” explained co-first author Kiran Musunuru, a clinical and research fellow at Massachusetts General Hospital and research affiliate at the Broad Institute. “The technology is set up in such a nice way that for a relatively cost-effective means, you can hit all the protein-coding areas of the genome at once, all 30 million bases.”

The researchers chose to study four members of the family with extremely low levels of LDL cholesterol (roughly 30 mg/dL, compared to the U.S. average of 130 mg/dL). After sequencing the exomes of two of the family members, the team identified dozens of novel mutations that possibly conferred the LDL-lowering effect. An important clue came from the other lipids, HDL cholesterol and triglycerides. Other members of the family, including the preceding and following generations, had lower than normal lipid levels, but none as low as the four in the second generation. “That’s when we noticed there’s something weird,” said Musunuru. Levels of HDL cholesterol were markedly lower in the four family members than others, suggesting a recessive pattern of inheritance, where two broken versions of the gene were required to achieve extremely low lipids.

This meant that the family likely harbored two mutations in the same gene. “That realization made our lives far easier,” added Musunuru. With a dominantly inherited disorder, they would have had difficulty identifying the one responsible mutation out of the dozens of candidates from exome sequencing. But now they simply scanned the list for a gene listed twice. Luckily, only one gene fulfilled that criterion: ANGPTL3, a gene known to regulate lipids, though it was recognized for its role in triglyceride levels more than cholesterol. One member of the first generation who carried a mutation in ANGPTL3 had ten children with someone who carried another mutation in the gene, resulting in four children with two mutated copies of ANGPTL3. The mutations resulted in broken fragments of the ANGPTL3 protein, meaning these people had none of the working protein in their bodies.

The gene’s location provided further evidence that it was the culprit in this rare disorder. “Our gene was smack dab in the middle of chromosome one,” as predicted by Schonfeld’s team, said Musunuru.

Previous work on ANGPTL3 suggested its main role was in triglyceride regulation, but the scientists began to suspect it was involved in cholesterol regulation as well. Previous studies linking the gene to triglycerides had been performed in mice, which don’t naturally make much LDL cholesterol and are poor models for studying human LDL metabolism. So the gene’s role in LDL cholesterol had not been fully explored. The researchers also revisited the data from their recent GWAS and discovered that ANGPTL3 was in one of the 95 regions implicated in lipid regulation. In the GWAS, it was mainly linked to triglycerides, but there was also a strong association with LDL cholesterol, with a modest effect size on the trait.

All this evidence verified ANGPTL3 as a novel gene with a role in cholesterol regulation. “No one had thought of this gene as a target for lowering LDL cholesterol,” said Musunuru. “And LDL is really where the action is at, when it comes to lowering lipids and reducing the risk of heart attack.” Though some pharmaceutical companies had pursued ANGPTL3 as a target for lowering triglycerides, the work had fizzled. The scientists now think those research pipelines may be revisited in light of ANGPTL3’s new connection to LDL cholesterol, especially since targeting the gene may avoid the fatty liver seen with drugs targeting APOB. The statin class of drugs is hugely successful and efficient in lowering cholesterol, but statins don’t completely eliminate risk for heart attack, the main danger of high lipid levels. A new class of lipid-lowering medication, presumably working by a different mechanism, could provide an alternative and complementary method to lower lipids.

The result, one of the first successes to come from exome sequencing, is distinctive because although it uncovers the gene underlying a rare disorder, it sheds light on a trait that is broadly important to the population: lipid regulation. “Now we know that complete loss of ANGPLT3 function leads to extremely low LDL cholesterol in humans, without apparently adverse consequences,” said Kathiresan. Although the finding does not explain much of the heritability in lipid levels, it sheds light on the biology of lipid metabolism and reveals a potential new therapeutic target, much more important goals for this type of research, he added.

Musunuru added that the success of this study involved some luck, both in finding a family that harbored two mutations in the gene and that those mutations effectively eliminated the protein’s function. “If you had to come up with a thought experiment of what would be the ideal scenario for doing a study like this on a family, this one fits the bill exactly,” he said. “It couldn’t have worked out better.”

From the Broad Institute: 95 gene regions linked to plasma cholesterol and triglyceride levels