In divergence from wolves, doggie diet made a difference 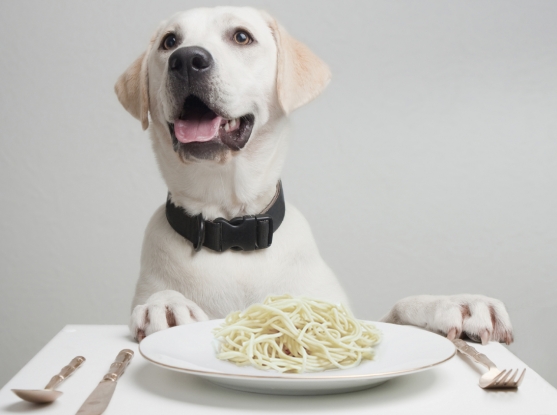 Dogs and wolves are closely related, but their differences define them. Unlike its wild relations, a dog can read a person’s face and tone of voice, and it is curious, social, and unafraid around humans. New genetic research highlights the importance of another crucial but subtler distinction between the two species: while wolves are exclusively carnivores, dogs can digest starches. This evolutionary change may be one of the critical steps that brought dogs out of the wilderness and into our homes.

“I think it’s intuitive, cool, and exciting: what you eat is very different if you are a domesticated dog rather than a wolf, and that could have a lot to do with domestication,” said Kerstin Lindblad-Toh, a professor in comparative genomics at Uppsala University, the director of Science for Life Laboratory Uppsala, and the scientific director of vertebrate genome biology at the Broad Institute. “While it certainly doesn’t prove how dog domestication happened, these signatures of selection strongly suggest that food source was a key driver in the domestication of dogs. One could speculate that dogs may very well have domesticated themselves, drawn to the scrap heaps left by human beings as people’s diets began to change when agriculture emerged.”

In a paper published this week in Nature, Lindblad-Toh and her colleagues describe the results of looking across the full genomes of dogs and wolves to pinpoint regions that separate the two species. The researchers used two, unbiased approaches to find telltale signs of evolution, narrowing in on 36 regions that likely represent targets of selection during dog domestication.

Half of these regions harbor genes tied to brain development or signal processing that occurs in the brain. The researchers also identified ten genes in other genetic regions that play key roles in the digestion and metabolism of starches and fats. Lindblad-Toh and her colleagues are continuing to follow up on the genes tied to the brain, especially nervous system development. Meanwhile, they have put the genes tied to digestion to the test, determining that all three genes governing the three major steps of the breakdown of complex starches are used more effectively in dogs.

“While many processes in our body are complicated, sugar metabolism, although not simple, can be broken down into three, clear steps: the body uses amylase, then maltase, to break down food, and then absorbs sugar in the gut,” said Lindblad-Toh. “Here, we’ve demonstrated really strong signatures of selection at each of those steps. It’s clear that making the entire process of sugar uptake better had a major effect during dog domestication.”

In the Nature paper, the authors discuss how this important adaptation – the ability to thrive on a starch-rich diet – may have helped dogs fill a new niche. As human beings transitioned from a nomadic lifestyle to one based around agriculture and settlements, dogs may have been drawn to scrap heaps where humans threw out their garbage. Animals that could scavenge these piles may have had a unique advantage over others – an advantage that would have drawn them into close contact with people.

“We see this striking path of parallel evolution,” said Lindblad-Toh. “The agricultural revolution may very well have elicited a similar adaptive response in dogs and humans.”

In addition to giving us a deeper understanding of our intertwined history with canines, the new work also has important implications for studying human disease. Many dog breeds get the same kinds of diseases that humans do, including diabetes. Dog breeds also tend to spring from small populations under strong selective pressures, which makes it easier to spot culprit genes that may be at play in both of our species. In addition, the new information revealed in this study may help researchers sort basic genetic changes that arose during domestication from breed-specific genetic alterations that may underpin unique diseases.

“This work tells us something about pet dogs and their history, which is fun, but it also has importance for human health,” said Lindblad-Toh. “In dog breeds, genetic changes are magnified – they stand out crisp and clear. As we begin to understand the genetic basis of certain traits in dogs, we may get closer to deciphering the genetics of disease in humans as well.” 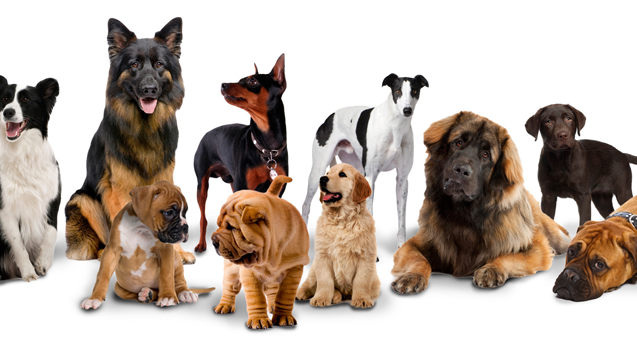