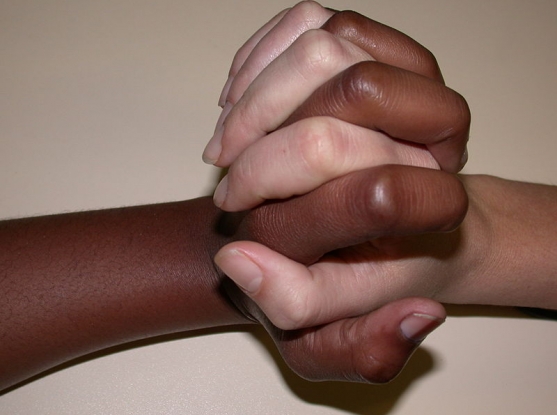 Scientists have created the world’s most detailed genetic map, culminating years of research into the DNA of African Americans and how genetic changes contribute to the risk of disease.

David Reich, an associate member of the Broad Institute of MIT and Harvard, and colleagues developed the map after analyzing the DNA of 30,000 African Americans. Reich, who is also an assistant professor at Harvard Medical School’s Department of Genetics, collaborated with Simon Myers, a former postdoctoral fellow at the Broad and now a lecturer at Oxford University.

Together, the researchers analyzed the DNA of unrelated African Americans of Western African and European ancestry in order to map how specific spots in the genome changed across population groups. These changes can provide a roadmap for deeper research on human genetic variation, evolution, and disease. Their results are published in a paper in Nature this week.

The Reich/Myers team found that on average, the African-American genome is about 80% African ancestry and 20% European ancestry. Using a computational technique called HapMix like a sieve, they sifted through the genome looking for locations where chromosomes from different ancestors – either from an African individual or a European - switched places.

The team found that these switchpoints – known as recombination hotspots - occur in particular places on chromosomes and can be identified as of European and African ancestry. Mapping on this finely tuned scale, the researchers identified about 2,500 recombination hotspots that are active in people of West African ancestry but nearly inactive in Europeans.

“What we’ve done is identify with very precise inference where the switches occurred as very sharp transitions,” says Reich. The team found that the genome of each African-American person in the study had about 70 recombination events. Altogether, about 2 million genetic crossovers were evaluated.

In this analysis, Myers, Reich and their colleagues identified a novel 17-base DNA motif in West Africans not found in any other studies of non-Africans. That finding signals recombination hotspots in people of West African ancestry. Though recombination usually occurs without incident, occasionally something goes wrong at crossover hotspots. When combining the two parental strands, a portion of DNA may be clipped or an added section of a gene may be inserted. Known as deletions and indels, these genetic recombination events can lead to devastating childhood syndromes.

To date, the diseases associated with errant 17-base pair hotspots remain uncharacterized. “This analysis opens the door to understanding some of the childhood syndromes found in African-Americans,” says Reich. “It is of great importance to figure out why these syndromes differ across populations because that leads to genetic cause and perhaps to intervention at some point.”

Other members of the Broad community who contributed to this work include Arti Tandon, Nick Patterson, and Nadin Rohland.

From the BroadMinded blog: HapMix: A tool for finding genetic diversity