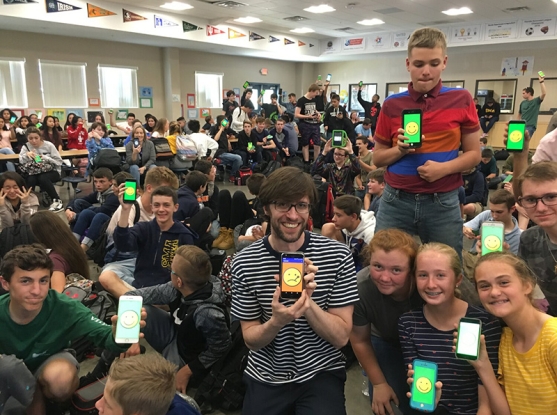 Students participate in an Operation Outbreak simulation and display the app on their phones.
By Allessandra DiCorato

Researchers talk about how their Operation Outbreak app can help colleges respond to outbreaks.

In 2016, a group of middle school students in Florida took part in an interactive lesson about infectious disease outbreaks, exchanging stickers to simulate viral spread. The exercise, designed by their teacher, Todd Brown, in collaboration with Pardis Sabeti, a computational geneticist and an institute member at the Broad Institute of MIT and Harvard, has since evolved into a fully immersive experience called Operation Outbreak that uses a Bluetooth-based mobile app to simulate pathogen spread across individual participant phones. More than 50 schools across the country have used the app, along with accompanying lesson plans and a textbook, to run campus-wide outbreak simulations and teach students the science of outbreaks.

“Mobile applications have a vast potential in both education and research,” said Andrés Colubri, who developed the app as a computational researcher in the Sabeti lab and is now a professor at the University of Massachusetts Medical School. “Simulation games can be highly immersive, interactive, and realistic, as well as able to generate rich datasets to study complex dynamical systems, such as a population during an infectious disease outbreak.”

The app has evolved over the years to include many realistic features. Users can scan QR codes to use interventions such as vaccines, diagnostic tests, masks, or hazmat suits. The app then records data, including case numbers and the time, distance, and duration of interactions between participants, which researchers can use to map how a virus spreads. The app also keeps track of the people an infected person interacts with, both the direct contacts (first-degree contacts) and then their contacts (second-degree contacts).

Colubri and the team continue to develop new versions of the app that are more realistic and generate more information for scientists, such as the duration of each contact between users and distance between them, or the evolving genome sequence of the pathogen as it spreads from person to person.

“We can quite realistically simulate so many aspects of pathogen spread and our tools to mitigate it, and we are continually striving to enhance the immersive and realistic nature of the experience,” Sabeti said. “Students should not need to wait until a real outbreak to understand how they can unfold.”

In a study recently published in Patterns, the team describes the results of Operation Outbreak simulations at Colorado Mesa University (CMU) and Brigham and Young University (BYU). They found that participants on both campuses had significantly more exposure to infected students than their first-degree contacts alone revealed. They also built an epidemiological model from the data and found that increasing testing and vaccination during periods of increased social activity dramatically decreased case counts.

“In these simulations, we strive to comprehensively model key technical and socio-behavioral aspects of real-world outbreaks, and encourage participants to think creatively and strategically about how to allocate resources,” said Kian Sani, program manager of Operation Outbreak. “We learn a great deal from watching students wrestle with mitigating and containing these simulated public health emergencies.”

We sat down with Bryn Loftness, a visiting graduate student researcher in the Sabeti lab who helped deploy Operation Outbreak as a CMU undergraduate, and Ivan Specht, a Harvard University undergraduate researcher in the Sabeti lab and first author of the study, to learn more about how college students have used the app and what the team has learned from the campus deployments. The following interview has been edited for length and clarity.

What was the biggest thing you learned from the Operation Outbreak deployments at CMU and BYU? 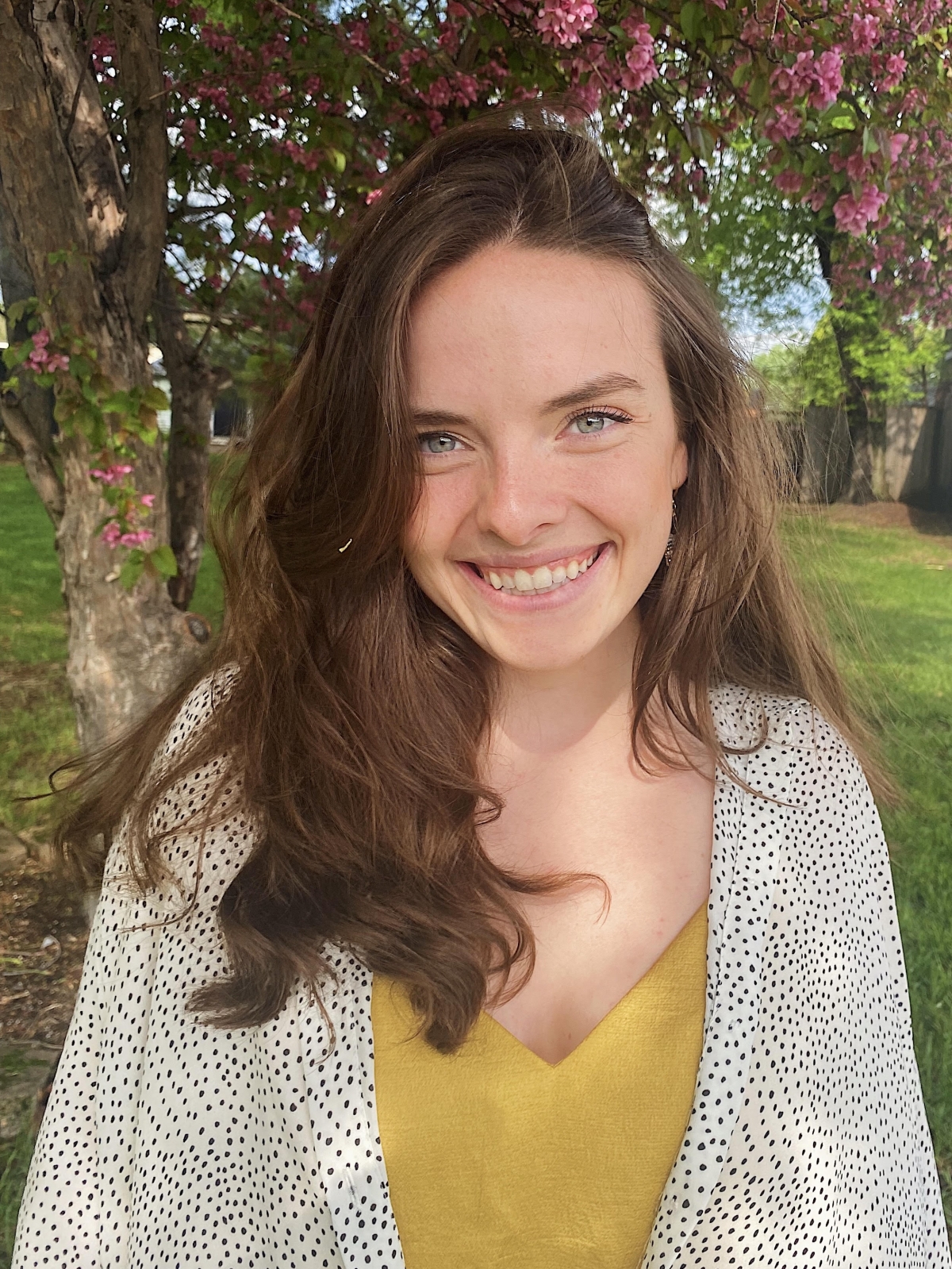 What makes the app a good way to collect data?

BL: The app is accessible and scalable because it can be used by essentially anyone and is anonymous, thus allowing us to recruit participants and track their movements without taking any private data from them, such as their actual location or who they are.

IS: One of the things that really makes this different from other contact tracing apps is that it's educational. I think people are a lot less hesitant to use an app if they're actually getting something out of it, rather than just having something running in the background on their phones all the time.

How have students responded to using Operation Outbreak?

BL: Overall it’s been very positive. The app is flexible in that a student can interact with it in different ways based on how much they want to get involved. The students that were really motivated were able to utilize more of the program's features, such as interactive quizzes and QR code interventions, while others just downloaded it and had it running in the background. 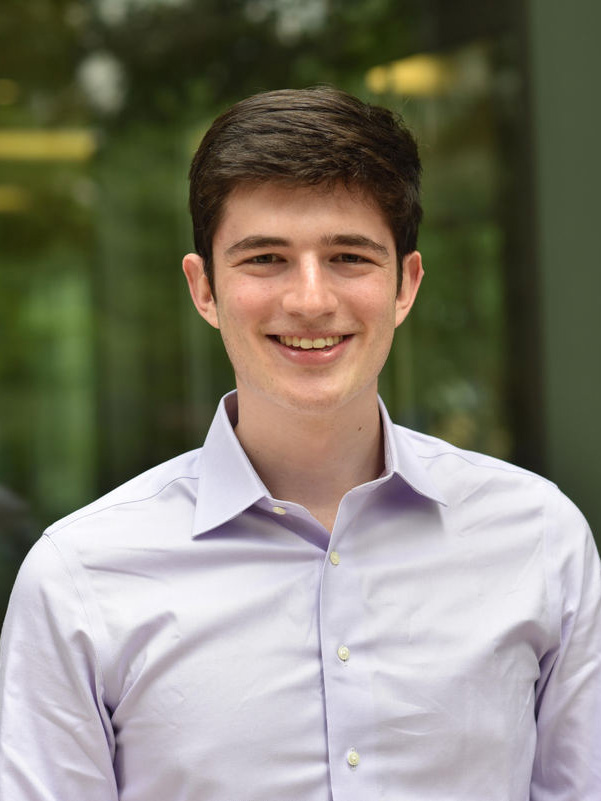 IS: At BYU, it was inspiring to see the extent to which this simulation encouraged students to get involved with outbreak science projects. Students formed an Operation Outbreak club and set up a website to help facilitate the simulation. After we collected the data from the simulation, some of the people on that team helped us with some of the analyses and I was very excited to see how eager they were to participate in this way of learning.

How can campuses use what they learn from the app?

What would you like to include in future iterations of the app?

BL: After each simulation we do with Operation Outbreak, we receive feedback and make changes. For example, between the CMU and BYU simulations, there was a complete iteration that made it a better app. It’s been really fascinating to see how many people are dedicating time to the system, which is really what makes Operation Outbreak so dynamic.

IS: Right now, Operation Outbreak assumes that there's one pathogen that doesn’t mutate and has a certain level of infectiousness. I’d really like to include a highly detailed mutation model so that Operation Outbreak could produce data that looks identical to real outbreak data. We're working now to include things that could further affect people's behaviors, like a full economic model that determines who has access to things like vaccines and diagnostic tests.

Our ultimate goal is to create a simulation software that anyone can easily use to coordinate a simulation whenever they want. We envision a world where Operation Outbreak is deployed at least once in every school, because we think that children everywhere should get access to at least some level of outbreak science education.

What has it been like to work on Operation Outbreak?

BL: I got involved with the Sabeti lab through this project. Since then, I've worked on a variety of digital epidemiology projects. It’s been a really great opportunity to be involved with OO not only from the administrative side, but also in inspiring people to get more involved, helping assess the results of the simulations, watching passionate students form clubs and groups, and doing more research into what transmission of a virus in a congregate setting looks like.

From a data science perspective, it also showed me firsthand what an outbreak actually looks like on paper, and how one can use that to model outbreaks. There really aren't any platforms that pick up the ground truth of an outbreak in the way that Operation Outbreak does — you actually know who infects whom, and that provides us with this way of understanding outbreaks that you're not going to get by looking at a big dataset of people who tested positive for a real virus at different times. That framework is something that absolutely informs my work with outbreak science and epidemiology day-to-day.

This research is funded by the Gordon and Betty Moore Foundation.