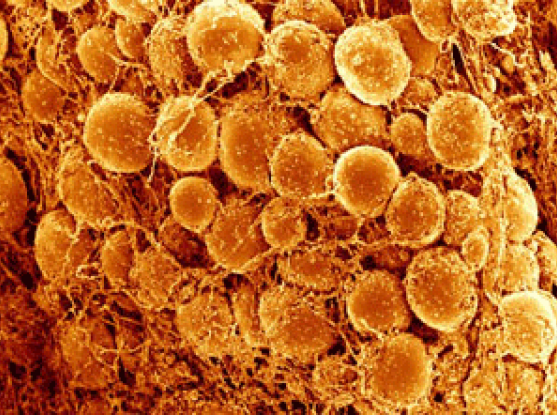 Fat cells may be one of the most maligned cell types in the human body. For centuries, people have thought that adipose tissue – fat – was just an inert storage unit for energy. But in the last two decades, scientists have discovered that fat cells release dozens of hormones that can regulate clotting, blood pressure, appetite, insulin sensitivity, and much more. Researchers now hope to manipulate fat cells to control diseases like type 2 diabetes and obesity. But first, they need to find the pathways that govern how fat cells develop, and for that, they need a map.

Fat cells may be one of the most maligned cell types in the human body. For centuries, people have thought that adipose tissue – fat – was just an inert storage unit for energy. But in the last two decades, scientists have discovered that fat cells release dozens of hormones that can regulate clotting, blood pressure, appetite, insulin sensitivity, and much more. Researchers now hope to manipulate fat cells to control diseases like type 2 diabetes and obesity. But first, they need to find the pathways that govern how fat cells develop, and for that, they need a map.

To create this map of elements that control fat cell development, researchers at the Broad Institute and elsewhere looked at the landscape of the epigenome – the proteins and chemical tags that influence what sections of the genome can be read. Working with scientists at Beth Israel Deaconess Medical Center (BIDMC) and Pennington Biomedical Research Center at Louisiana University, the team explored fat cell development, or adipogenesis, across time and across species (both human and mouse), sifted through data, and homed in on two transcription factors that appear to play critical roles in the development of fat cells. Their results appear in the October 1 issue of Cell.

“We’ve provided a roadmap of one way that you can take epigenomic information and turn it into insights,” said Evan Rosen, an associate member of the Broad Institute and assistant professor of medicine at BIDMC. “The maps lead you somewhere. You can use them to identify biology that you would never have predicted any other way.”

One of the most exciting findings in the new paper is the discovery of two transcription factors, proteins that control the copying of DNA into RNA, which seem to be tied to adipogenesis. When the scientists knocked down, or decreased the amount of either of these proteins, fat cells generated at a faster rate. When they increased the amount of either protein, fat cell development came to a halt.

“If you take these two results together, it’s consistent with those proteins both being repressors of fat cell development,” said Tarjei Mikkelsen, first author of the paper and a Broad Institute researcher.

The Rosen lab will continue to investigate the two transcription factors, known as SRF and PLZF, primarily focusing on the latter. To get to these transcription factors, the researchers looked for sequence patterns that these proteins bind to in the genome, and noticed that certain ones cropped up frequently in elements flagged by the epigenomic maps. Mikkelsen compared this to looking at instructions written by different authors for performing the same task – say, making a peanut butter and jelly sandwich. Some of the sentences may change, but certain words – peanut butter, spread, knife, bread – will always be the same.

“Those words are the binding sequences for specific transcription factors,” said Mikkelsen. “We found that these motifs show up much more often than you would expect by chance. That gave us a clue that these factors are probably important in fat cell development.”

The team looked at fat cell development in a classic mouse model that has been used to study adipogenesis for decades as well as in a more recently developed model that uses human fat cells left over from liposuction.

Looking at two species can give scientists clues about key regions in the genome. Since evolution tinkers with the genome, changing whatever can be tweaked without negative consequence, stretches of the genome that are the same across species usually code for things that are too indispensable to be modified. This is called conservation. However, when researchers have looked in the same locations in the human genome for stretches of sequence that appeared to be important and active in the mouse, they have often come up empty handed.

Rosen and Mikkelsen suggest that this is because the same essential genes are being regulated by transcription factors at different locations. Just as two people could follow different instructions to create identical peanut butter and jelly sandwiches, the end result in mice and humans is the same even though the written instructions in the genome are not identical.

“Conservation between species is at the functional level, not at the sequence level,” said Rosen. “That changes everything about how we think about what’s important in the genome. Conservation has been used because that’s what we had. Many important things are conserved, but many others are not and if you focus only on what’s conserved, you’re going to miss a lot of information.”

Now that the researchers have looked at normal fat cell development, they are interested in comparing normal fat cells to fat cells in diseased states such as in patients with diabetes or obesity to find key pathways and potential drug targets. There is currently a class of drugs available that change the transcriptional activity of fat cells (called thiazolidinediones, or TZDs), but the number of drugs is limited and many have dangerous side effects.

“The reason we don’t have better drugs is that we don’t understand how fat cells do the things they do. By figuring out these pathways, we can then design rational therapies,” said Rosen. “We need to know what the puzzle pieces are in the fat cell that tells it what to do and how to do it – then the next step will be figuring out how to manipulate those things.”

Other Broad researchers who contributed to this work include Zhao Xu, Xiaolan Zhang, Li Wang, and Eric Lander. 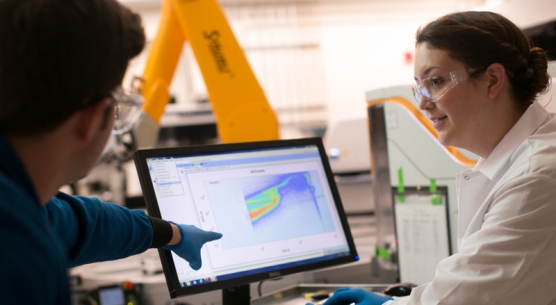