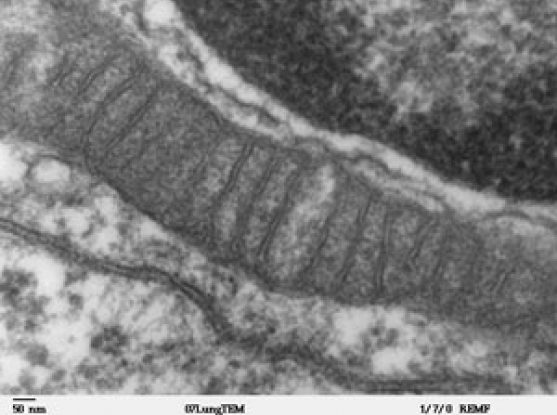 Two billion years ago somewhere in the primordial soup, one of our single-cell ancestors made a quick lunch out of another. But, in a moment of evolutionary serendipity, the would-be prey worked out a “win-win” symbiotic deal with its predator, gaining a new home and becoming an indispensable source of energy renewal as well as taking on a host of other functions over time. Although there are still many mysteries about the origin and function of these co-opted critters, which were given the name “mitochondria” (from the Greek words for “thread” and “granules”) in 1898, we now know that they are critical in cell respiration, cell death, and cellular homeostasis, and that many degenerative diseases have their roots in dysfunctions in any one or more of those tasks.

Perhaps one of the most interesting mitochondrial functions is also one of the least understood: the ability to uptake and regulate relatively massive amounts of calcium ions, a critical signaling molecule for a wide variety of cell processes, including metabolism. Although the biophysical properties of this calcium uptake are worked out, none of the proteins involved have been identified. Until now: A team of scientists from the Broad Institute, Massachusetts General Hospital/Harvard Medical School, and the University of Colorado, Boulder, describe the first gene (and its encoded protein) identified as central to the mitochrondrion’s uptake of calcium. The work appears in the August 8 advance online issue of Nature.

“Mitochondrial calcium uptake was first documented almost 50 years ago, but the proteins that drive this activity have remained one of the biggest mysteries in cell biology,” said senior author Vamsi Mootha, associate professor a Harvard Medical School and Massachusetts General Hospital, and a senior associate member of the Broad Institute. “Our work identifies the first protein, which is now a ‘handle” by which to identify all the other proteins involved in this critical cellular function.”

To identify genes involved in mitochondrial calcium uptake, Mootha, first author Fabiana Perocchi, and their colleagues took advantage of previous biochemical work suggesting where to look for relevant proteins (i.e., the mitochondrion inner membrane) as well as the observation that yeast mitochondria did not have this particular calcium uptake trait that both mammalian and mammalian parasites share. Consulting MitoCarta -- an atlas of mitochondrial proteins recently developed at the Broad Institute -- they were able to prioritize eighteen candidate genes.

Turning to the powerful technology of RNA inhibition (RNAi), they then tested whether eliminating the function of each of these genes individually altered calcium uptake. One gene – MICU1 – emerged as a critical component of the calcium cycle. Although the gene itself had been identified previously by genome sequencing, its function was unknown. Subsequent experiments and analysis demonstrated that MICU1 plays a central role in coupling calcium fluxes in the cell cytosol to mitochondrial energy metabolism. Further studies already underway should reveal the precise molecular mechanisms by which MICU1 accomplishes its task, providing insight not only into mitochondrial function but also the diseases that are associated with its compromise.