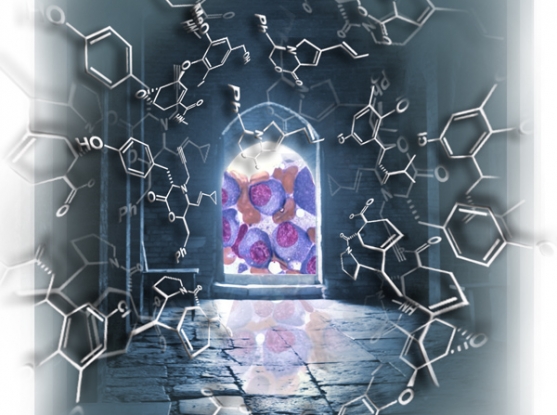 The Broad Institute’s Center for the Science of Therapeutics today announced the launch of its Cancer Therapeutics Response Portal (CTRP) – a critical resource for advancing the discovery of potential cancer drugs matched to the patient populations most likely to benefit from them. The portal, which will serve as a public resource for researchers worldwide, contains more than 70,000 connections between compound sensitivities and genetic or lineage features of cancer cell lines – creating a dataset that researchers can use to look for therapeutically exploitable vulnerabilities in different cancer types.

“One of the major goals of the Center for the Science of Therapeutics is to innovate the science underlying therapeutic discovery,” said Stuart Schreiber, director of the Broad’s Center for the Science of Therapeutics and a core faculty member of the Broad Institute. “We view the portal as a hypothesis-generating resource that will accelerate the discovery of new small-molecule therapeutics targeting different subsets of cancer.”

In a paper published online this week in Cell, Schreiber and his Broad Institute colleagues describe the portal, which contains information obtained by measuring the response of 240 cancer cell lines to an “informer set” of over 350 chemical compounds targeting diverse nodes in cell circuitry. These cell lines, grown from many different types of tumor, have been characterized genomically as part of a separate but complementary effort known as the Cancer Cell Line Encyclopedia (CCLE). The CTRP, an endeavor that is supported by the National Cancer Institute’s Cancer Target Discovery and Development (CTD2) program, draws from the publicly available data in CCLE, including information about mutations, gene expression, and other genomic alterations in each cancer cell line.

“These two projects – CTRP and CCLE – are distinct but beautifully complementary,” said Schreiber, who is also a professor of chemistry at Harvard University and a Howard Hughes Medical Institute investigator. “Both are living portals, in an early growth phase. As the volume and diversity of data in each resource continues to grow, we anticipate that the ability to match patients with potentially effective drugs will dramatically increase.”

Schreiber and his colleagues have shown that the informer set of chemical compounds can be used to find previously undetected dependencies of cancer cell lines. As a normal cell moves down a path toward becoming a cancer cell, it accumulates a number of cancer-promoting genetic alterations that give the cell the ability to divide and survive unchecked. Additionally, in the process of cancer’s development, other genes that usually play an innocuous role in the cell may become essential to cancer’s survival. By exposing cell lines to different chemical compounds, researchers can uncover proteins that have become essential for cancer cell survival and may provide new therapeutic targets.

“These genes may not play an intrinsic role in the early stages of cancer, but as a cancer cell develops, it co-opts normal proteins into becoming partners for oncogenes,” said Schreiber. “And that’s what we really want to uncover: genes that haven’t themselves been altered by cancer, but that have been brought into a marriage with an oncogene. This portal is a good way of uncovering those kinds of dependencies.”

In their paper, Schreiber and his colleagues describe an example of how CTRP can be used to find candidate dependencies. The team found that navitoclax, a drug that has been tested in clinical trials for small-cell lung cancer, may be particularly effective at targeting cancer cell lines with CTNNB1 mutations, which are present in some colorectal, hepatocellular, gastric, and endometrial tumors. This is just one example of how CTRP may help uncover useful biomarkers – a biological indicator that could be used to predict drug response and resistance. In addition to finding new uses for drugs that have already been developed, CTRP can also be useful for identifying new therapeutic targets – targets for which a chemical modulator already exists.

“The informer set contains 35 FDA-approved drugs and 54 clinical candidates,” said Aly Shamji, executive director of the Broad’s Center for the Science of Therapeutics. “Connections identified between these compounds and lineage or genetic features, such as between navitoclax and CTNNB1 mutations, provide new hypotheses that rapidly could be explored clinically.”

Several ambitious projects previously have set out to leverage cancer cell lines in order to develop better treatments for the disease. In the late 1980s, a group of researchers sponsored by the NCI began developing the NCI60: a pioneering collection of about 60 cancer cell lines used to test potential new drugs. But as the years have passed, the limitations of using a relatively small number of cancer cell lines that are not genetically characterized have become apparent.

CTRP is not the only project to attempt to address these needs. A separate effort at Massachusetts General Hospital and the Wellcome Trust Sanger Institute, known as the Genomics of Drug Sensitivity in Cancer project, takes a similar approach. Participating researchers see the efforts as complementary; the projects are likely to inform one another as they unfold.

The Broad Institute team will continue to populate CTRP with new data, expanding the resource to include additional profiles of chemical compounds or combinations of compounds across a larger set of cancer-cell lines.

“We are collecting new small-molecule sensitivity data to expand the number of connections that can be made,” said Paul Clemons, director of computational chemical biology research in the Broad’s Chemical Biology Program. “We also are developing additional methods to analyze and visualize the data, such as approaches for correlating small-molecule sensitivities to combinations of cellular features.”