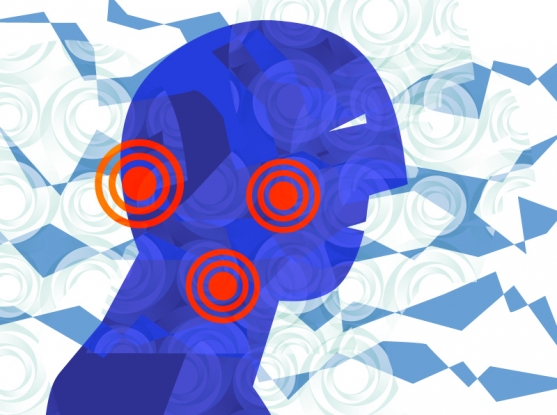 By mapping gene expression at the single cell level, researchers find that a unique transition may assist the spread of head and neck tumors.

Head and neck tumors are common in the United States and worldwide, representing the 6th leading cause of cancer-related illness and death. Although accessible to surgery while still contained to the tongue, cheek, or throat, they become much more challenging to treat if they metastasize (spread) through the lymph nodes.

In a report published online today in Cell, a multicenter team led by researchers from Massachusetts Eye and Ear (MEE), Massachusetts General Hospital (MGH) and the Broad revealed the first cellular atlas of head and neck cancer, revealing the diversity of cancerous and noncancerous cells present in both primary head and neck tumors and their metastases. The findings provide important clues as to how head and neck cancers metastasize, and may have implications for other common cancers as well.

In particular, the team found that head and neck tumors containing cancerous and normal cells involved in a unique structural transition called a partial epithelial-to-mesenchymal transition (pEMT) are more likely to invade and spread to other parts of the body. 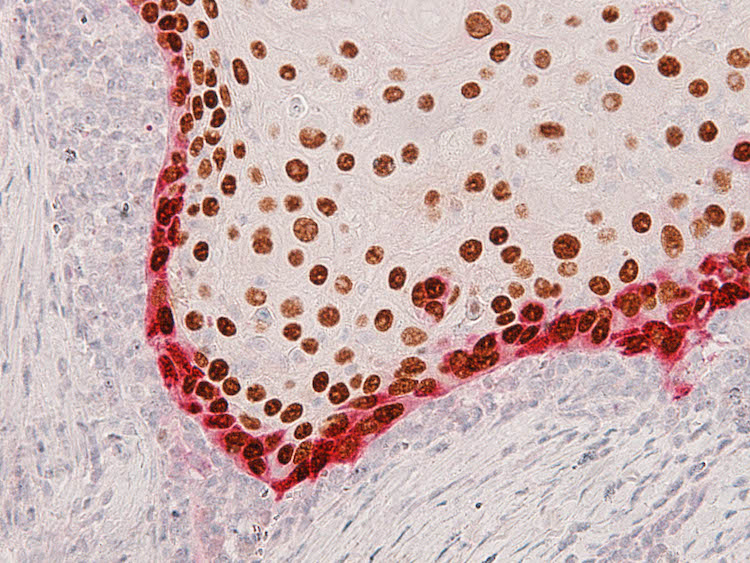 A histology slide of a head and neck tumor. Cells near the edge (stained red) are undergoing a pEMT. (Credit: Massachusetts Eye and Ear)

The pEMT process — normally only active during embryonic development — causes cells that are ordinarily static to become mobile. In head and neck cancer, the team found, pEMT transforms tumor tissue from neatly organized blocks into irregular structures that extrude into the surrounding environment. Their findings (which could extend to similar cancers in the breast, prostate, and lungs) suggest that head and neck tumors temporarily “borrow” this process used in normal embryonic development to invade nearby tissues and spread.

To come to these conclusions,  the researchers analyzed more than 6,000 individual cells from head and neck squamous cell carcinomas — the most common head and neck tumor — using single-cell RNA sequencing, a suite of genomic techniques capable of identifying specific gene expression profiles within individual cells.

"This is the clearest picture we’ve had of this kind of structural transition in a human tumor," said Bernstein. "For years, it’s been known that cells can lose their connections to the surrounding tissue and become more mobile, but when, how and where this occurs in human cancer has been long debated."