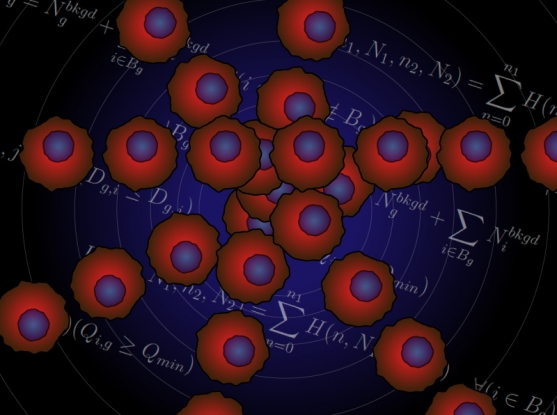 The Cancer Genome Atlas Research Network’s systematic push to comprehensively analyze 33 forms of cancer marks the “end of the beginning” of cancer genomics.

In a set of 27 landmark studies, scientists from across the country published the fruits of The Cancer Genome Atlas (TCGA) Research Network’s Pan-Cancer Atlas project, a systematic effort to integrate, analyze, and interpret data from 11,000 tumor samples representing from 33 forms of cancer.

By thoroughly scrutinizing genomic, epigenomic, transcriptional, and proteomic data, the researchers conducting the studies described features that distinguish cancers arising from the same tissue or organ, as well as molecular patterns common across cancers regardless of where they develop.

Together, the findings provide deep insights into cancer biology, guidance for how clinicians should address the care of cancer patients, and direction for the development of new treatments against cancer, including precision medicine approaches.

These findings are released in five journals published by Cell Press.

Researchers at the Broad Institute of MIT and Harvard served as co-first or co-senior authors on studies that defined distinguishing molecular features of gastrointestinal cancers, gynecologic and breast cancers, and squamous cell carcinomas, as well as studies that identified cancer-associated signaling pathway, aneuploidy (chromosome gain or loss), and cell-of-origin patterns across all 33 tumor types.

“All told, these studies represent the end of the beginning of cancer genomics,” said Gad Getz, director of the Cancer Genome Computational Analysis Group in the Broad Cancer Program, a leader of the Pan-Cancer Atlas effort, and senior author of an accompanying perspective in Cell. “They paint the picture of what we know today; set the stage for future, larger studies; and raise important new questions about the interaction between germline variations and somatic changes, the immune system, the roles different types of genetic alterations play in cancer development, and more.”

The Cell perspective captured four overall themes across the 27 studies:

In addition to describing cancers’ molecular features, some of the studies also revealed new tools for use in future laboratory research or in the clinic. For instance, the group studying cancer aneuploidy (led at the Broad by first author Alison Taylor and senior author, Broad institute member, and director of cancer genomics Matthew Meyerson) engineered a laboratory method for modeling the mechanisms and implications of large-scale chromosome changes. And the group conducting the gynecological cancer analysis (led at the Broad by co-first author Ashton Berger) developed a decision tool to help clinicians classify patients more easily by tumor subtype.

TCGA in a nutshell

Launched in 2005, TCGA — a joint effort of the National Cancer Institute (NCI) and the National Human Genome Research Institute (NHGRI) — collected and characterized tumors representing 33 types of cancer. Over a 12-year period, TCGA collected samples from 11,000 cancer patients across the United States and generated 2.5 petabytes of sequence, copy number, messenger and microRNA expression, DNA methylation, and protein abundance data. The TCGA network has previously published 36 studies, in addition to the 27 released today. To date, well over 3,000 papers have cited TCGA data or resources.

“It’s now been more than a decade since the National Cancer Advisory Board (NCAB) accepted the proposal to launch The Cancer Genome Atlas as a way to help understand the molecular basis of cancer,” said Broad Institute president and founding director Eric Lander, who chaired the NCAB working group that called on the NCI to establish TCGA. “It has far exceeded our expectations of how much can be learned and how important it can be as a guide to the understanding and treatment of cancer.

“I’m enormously proud of the work of scientists at the Broad and all over the US, and I’m delighted to see that seven of these papers were led by investigators from the Broad,” he added.

The first set of TCGA Pan-Cancer studies, published in Nature in 2013, focused on 12 types of cancer. These latest studies expanded those initial analyses to include the remaining tumor types characterized by TCGA.

“This layering of multiple molecular data types across tumors hasn’t previously been done at this scale in cancer,” said Andrew Cherniack, a computational biologist and group leader in the Broad Cancer Program who participated in 11 of the 27 studies. “This approach has uncovered biological and therapeutic clues that we otherwise wouldn’t see.”

TCGA as a project officially ended in 2017, though some analyses continue. All data from the project have been made publicly available.

“Making all these data freely available to the world,” Lander commented, “truly will propel progress against this disease.”

More about the Broad and TCGA