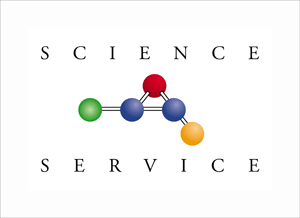 The intel Science Talent Search, sponsored by Intel, is a nationwide program of Science Service, a non-profit organization committed to advancing public understanding and appreciation of science.

A high school student who worked at the Broad Institute last summer is among 40 finalists in the nation’s preeminent competition for budding young scientists. Megan Blewett of Madison, New Jersey was selected from a field of more than 1,700 entrants for her research project, done under the mentorship of scientists in the Broad’s Chemical Biology Program, and will now compete with the other finalists for the top prize — a $100,000 scholarship. The competition, formerly known as the Westinghouse Science Talent Search and now sponsored by Intel, is considered a hotbed for aspiring scientists and mathematicians, as former finalists have gone on to win the Fields Medal, the National Medal of Science, MacArthur Foundation fellowships and even the Nobel Prize.

Megan came to the Broad last summer as a student in the Research Science Institute (RSI), an intensive program for gifted young scientists and mathematicians sponsored by the Center for Excellence in Education in collaboration with MIT. During the six-week program, RSI students attend college-level courses and conduct hands-on research under the guidance of accomplished scientists, mathematicians and engineers in the Boston area. 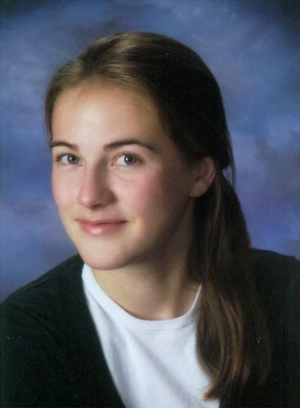 Working with scientists in the Broad’s Chemical Biology Program, Megan followed her interests in neurologically based diseases, especially neurodegenerative diseases such as multiple sclerosis (MS) and amyotrophic lateral sclerosis (ALS). She initiated a project focused on a protein called neuregulin-1, which is implicated in MS and ALS susceptibility and may also play a role in psychiatric diseases, such as schizophrenia and bipolar disorder. Over the course of the summer, Megan worked closely with Dr. Angela Koehler and Dr. Steve Haggarty to apply small-molecule microarray technology to uncover novel compounds that bind to neuregulin-1. She identified five candidate binding partners, or “ligands,” that may be important tools for probing neuregulin-1 function and could also aid in the design of new disease therapies.

Scientists at the Broad are now expanding upon Megan’s initial results. As her scientific legacy lives on here in Cambridge, she will be traveling to Washington, D.C. to compete in the final round of the Intel Science Talent Search. From March 8-13, she and the other finalists will participate in a final judging process, meet leading scientists and other dignitaries, and display their work at the National Academy of Sciences. The week will conclude with a black-tie celebration to announce the recipient of the top prize, a $100,000 scholarship. Previous winners of the competition include Broad Institute director Eric Lander (first place, 1974) and Broad associate member David Liu (second place, 1990).