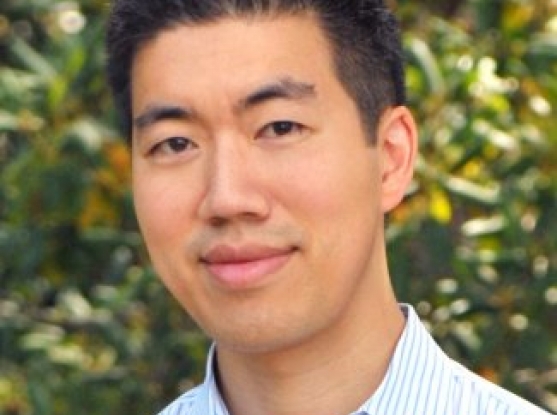 The Broad Institute of MIT and Harvard is proud to announce that David Liu has been named a core institute member. Liu, who joined the Broad community in 2005 and was named an institute member in 2014, is also vice-chair of the faculty. He also heads a laboratory that integrates chemistry and evolution to illuminate biology and enable new therapeutics.

“David is an extraordinarily creative scientist and a beloved teacher,” says Broad Institute founding director Eric Lander. “We are excited to have him taking on an even greater role at the Broad and helping us build out the Chemical Biology Program and develop it into a vibrant community.”

In addition to his roles at the Broad, Liu is a distinguished professor in Harvard’s Chemistry and Chemical Biology Department, and a Howard Hughes Medical Institute Investigator. His research group’s interests include evolving proteins with novel therapeutic potential and leveraging natural systems to effectively deliver them into cells; characterizing and engineering genome-editing proteins; and discovering therapeutically useful synthetic molecules and synthetic polymers via the DNA-templated organic synthesis approach developed in his laboratory.

Liu plans to continue pursuing these lines of research at the Broad and says he expects his group’s work will benefit from the institute’s collaborative environment.

“I’m grateful to have the opportunity to deepen my involvement with the Broad as a core institute member while maintaining my activities as a faculty member in the Department of Chemistry and Chemical Biology at Harvard,” Liu said. “For the past decade the Broad Institute has served as a nexus of cutting-edge research in biology, chemistry, medicine, and therapeutic science. I’m incredibly excited by the rich and dizzying array of new collaborations and scientific interactions that have already surfaced during my meetings with the remarkably talented and energetic Broad community.”

Liu graduated first in his class from Harvard in 1994 with a bachelor's degree in chemistry and earned his doctorate from University of California, Berkeley in 1999. He became assistant professor of Chemistry and Chemical Biology at Harvard that same year and has been a full professor there since 2005. The impact of his research has been widely recognized by prizes such as the American Chemical Society Pure Chemistry Award, the American Chemical Society Arthur C. Cope Young Scholar Award, the GlaxoSmithKline Chemistry Scholar Award, the AstraZeneca Pharmaceuticals Excellence in Chemistry Award, the Sloan Foundation Fellowship, the Beckman Foundation Young Investigator Award, the NSF CAREER Award, the Searle Scholars Award, and the Office of Naval Research Young Investigator Award. He is also a member of the JASONs, a renowned group of academic advisors to the U.S. government on science and technology.

To learn more about David Liu and his research, visit his lab page.