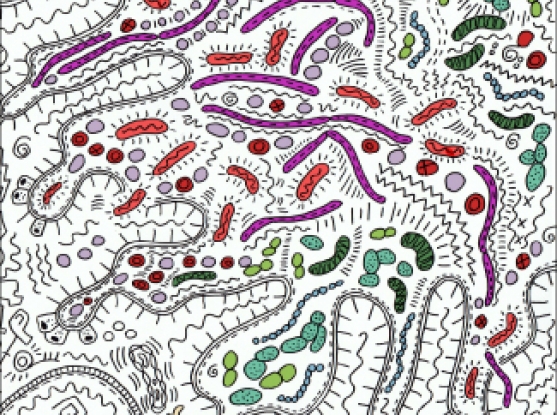 In recent years, there has been a growing awareness that our bodies are not entirely our own: each of us contains a delicate ecosystem comprised not only of human cells, but also trillions of microorganisms – bacteria, viruses, and other assorted “bugs” – that reside in our bodies. Within the human gut, as in any ecosystem, this balance can easily be disrupted, with devastating consequences.

One such consequence could be Crohn’s disease, a chronic condition that affects the gastrointestinal tract. Family history is a well-known risk factor of Crohn’s, but recent research has indicated that an abnormal immune response to the microbes in the gut also plays a role. In a study published this week in Cell Host & Microbe, scientists have worked out which “bugs” in the gastrointestinal system are at play in the development of the disease.

The study, which was led by researchers from the Broad Institute and Massachusetts General Hospital, analyzed the microbiomes of 447 newly-diagnosed patients with Crohn’s and 221 healthy individuals. One’s microbiome includes the collective genomes of all the microorganisms that are part of the body’s ecosystem. The researchers found that several specific microbes were more prevalent in patients with Crohn’s than in their healthy counterparts, while other bugs were less common in Crohn’s cases. Addressing this dysbiosis, or imbalance, in the microbial ecosystem could be one approach to treating the disease.

Crohn’s is a form of inflammatory bowel disease (IBD) that can affect any region of the gastrointestinal tract, often causing abdominal pain, bleeding, diarrhea, and weight loss. It is an incurable condition that affects over a million people in America alone.

Ever since the microbiome was implicated in Crohn’s, researchers have been trying to understand the troublesome host-microbe interactions that may be at the root of the disease. However, identifying the key microbial players involved has been difficult.

“The challenge in past IBD microbiome studies has been that patients have been recruited at various stages of their disease. These studies captured a snapshot of a microbiome that was not only affected by disease, but also by confounding factors such as treatments or surgery. Our study accounted for these variables,” explained Ramnik Xavier, a senior associate member of the Broad and senior author of the study.

Xavier’s team was able to get a clear picture of the Crohn’s microbial ecosystem by analyzing samples collected from newly diagnosed pediatric patients from 28 different hospitals before the patients were treated for the disease. The samples, which were collected as part of a larger project funded by the Crohn’s and Colitis Foundation of America and the Helmsley Trust, revealed that certain microbiota disappeared in the guts of Crohn’s cases, including some that are thought to promote health, such as the anti-inflammatory bacteria Faecalibacterium prausnitzii. At the same time, several bacteria proliferated in Crohn’s cases, including some that have previously been linked to IBD and one that is known to promote colorectal cancer.

“Knowing these key players is a good starting point for developing therapeutics that target these bugs. We now have a detailed list of organisms to pursue in future studies,” said first author Dirk Gevers, group leader of Microbial Systems and Communities in the Broad’s Genome Sequencing and Analysis Program.

Since three types of samples were collected consistently across all 28 hospitals – biopsied tissue from the ileum (located at the end of the small intestine) and rectum (at the end of the large intestine), as well as stool samples – the researchers were able to determine which sample types were predictive of disease. They found that stool samples were poor predictors, whereas both tissue samples were predictive of Crohn’s no matter where in the gut the patients had the disease. Since the rectum is at the end of the digestive tract, this finding opens up the possibility of using rectal tissue samples as a relatively non-invasive diagnostic test for Crohn’s.

The researchers also noted another interesting finding: while the patients sampled had not yet started on treatment for Crohn’s, roughly 10 percent had been given antibiotics to treat inflammation prior to diagnosis – just before their samples were collected and recently enough for those samples to be affected by the drugs. These patients tended to have an even greater imbalance in their gut microbiota than did other patients, suggesting that follow-up studies should be conducted to determine whether the standard antibiotic treatments for early symptoms of Crohn’s are as beneficial as intended.

Xavier, who is also the chief of the gastrointestinal unit and director of the Center for Inflammatory Bowel Disease at Massachusetts General Hospital and the Kurt Isselbacher Professor of Medicine at Harvard Medical School, said that the next order of business for his team would be to try to determine exactly how the bugs they identified are connected to genes and disease.

“Now that we’ve identified the key organisms at work in Crohn’s, we want to get a functional understanding of the role these microbes and microbial products play in the disease. I think that’s where we’re going to be putting out efforts in the near future,” he said.

This work was supported by the Crohn’s and Colitis Foundation of America, the Army Research Office, the National Institutes of Health, and the Helmsley Trust.

Other Broad researchers who contributed to the study include Curtis Huttenhower, Moran Yassour, Aleksander Kostic, Chengwei Luo, Xochitl Morgan, and Emma Schwager, in collaboration with researchers from several other institutions. Analysis was conducted in conjunction with Curtis Huttenhower’s lab at the Broad and Harvard School of Public Health, and Rob Knight’s lab at the University of Colorado, Boulder. 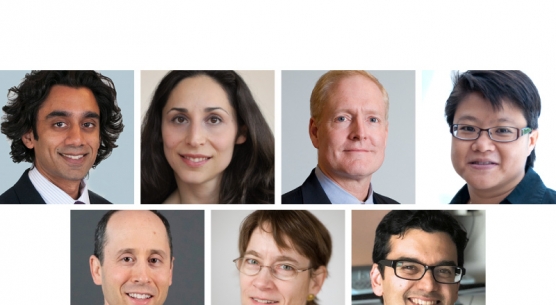 Physician-scientists from the Broad community talk about their experie...
Read more 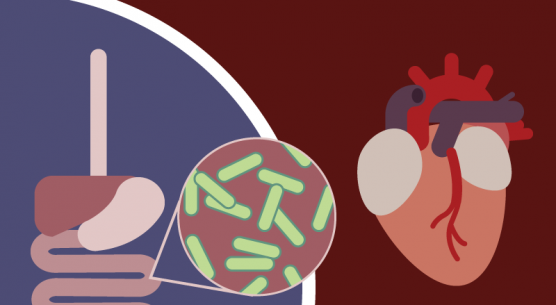