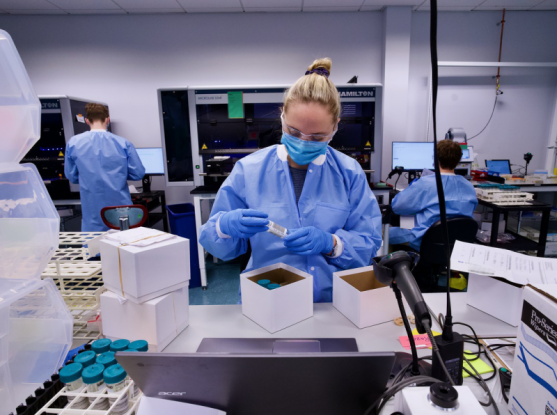 Here’s more on how pooled testing works, and what students and parents can expect.

September 14, 2021 update: For the 2021-2022 school year, the Broad Institute of MIT and Harvard is processing pooled COVID-19 tests from students and staff at Massachusetts K-12 schools. Since the pooled testing programs began in Massachusetts schools in February 2021, Broad has processed more than 170,000 pools representing more than 1.1 million swabs from over 600 schools.

The Broad Institute of MIT and Harvard, in partnership with CIC Health and the Massachusetts Department of Elementary and Secondary Education, is processing pooled COVID-19 tests from students and staff at Massachusetts K-12 schools. So far, Broad has processed 6,706 pools from 40 schools in 15 districts, representing approximately 43,000 people, and contributing to a statewide plan to expand pooled testing for students from kindergarden through high school.

Pooled testing provides a more cost-effective way of testing large groups of people, such as an entire school. Five to ten individual swabs, ideally from students and staff in the same class, are collected in the same tube and shipped to a testing laboratory. If a pool is found to be positive for the virus, the school re-tests people individually in that pool to identify who has the virus.

The Broad’s Clinical Research Sequencing Platform (CRSP) is now processing pooled COVID-19 tests with an average turnaround time of 30 hours from sample collection to results. Its pooled testing program can handle samples from more than 250,000 people per week.

“The addition of K-12 pooled testing is a logical extension of Broad’s COVID-19 clinical testing program,” said Stacey Gabriel, senior director of the Broad’s Genomics Platform. “Routine testing has been a key part of keeping colleges and other organizations safe during the pandemic. We’re now helping do the same through the pooled testing effort for Massachusetts K-12 schools.”

The Broad Institute’s college testing program, launched in the fall of 2020, has provided routine individual COVID-19 testing for more than 130 colleges and universities. Broad also processes individual tests from nursing homes, homeless shelters, Massachusetts’s Stop the Spread testing sites, and other institutions around the Northeast. The Broad’s CRSP has processed more than 20 million individual tests since it launched its COVID-19 diagnostics program in March, 2020. It crossed the 10 million test threshold in just eleven months of operation.

The Massachusetts Department of Elementary and Secondary Education (DESE) and the Department of Public Health (DPH) launched the pooled testing program for K-12 schools last winter. During the 2020-21 school year, DESE paired participating schools with one of the organizations coordinating the pooled testing — CIC Health, Project Beacon, or Concentric by Ginkgo. These organizations send pooled testing kits to the schools, which administer the tests and ship them to a laboratory. The Broad’s CRSP processes tests from CIC Health and Project Beacon and returns results to these organizations, which then provide the results to the schools.

School officials are responsible for distributing pooled test results to students’ families and staff, and for providing follow-up testing, as needed.

Parents should contact their local school with questions about their specific program or for information on a particular test result. School administrators should contact CIC Health or Project Beacon with any questions.

Why use pooled testing for K-12 students and staff?

Pooled testing is most effective in large populations, such as a school, where the infection rate is relatively low. Pooled testing reduces the number of tests that need to be processed in the lab, saving a massive amount of time and resources while helping to ensure a safe environment in schools.

How is pooled testing different from individual testing?

For a pooled test, nasal swabs from five to 10 people are collected into a single tube, which is then sent to a processing lab. Instead of testing each swab individually, the lab processes the swabs in the same pool as a single sample to look for the genetic material of SARS-CoV-2, the virus that causes COVID-19. If one or more people in the pool is positive for SARS-CoV-2, the pool will return a positive result. 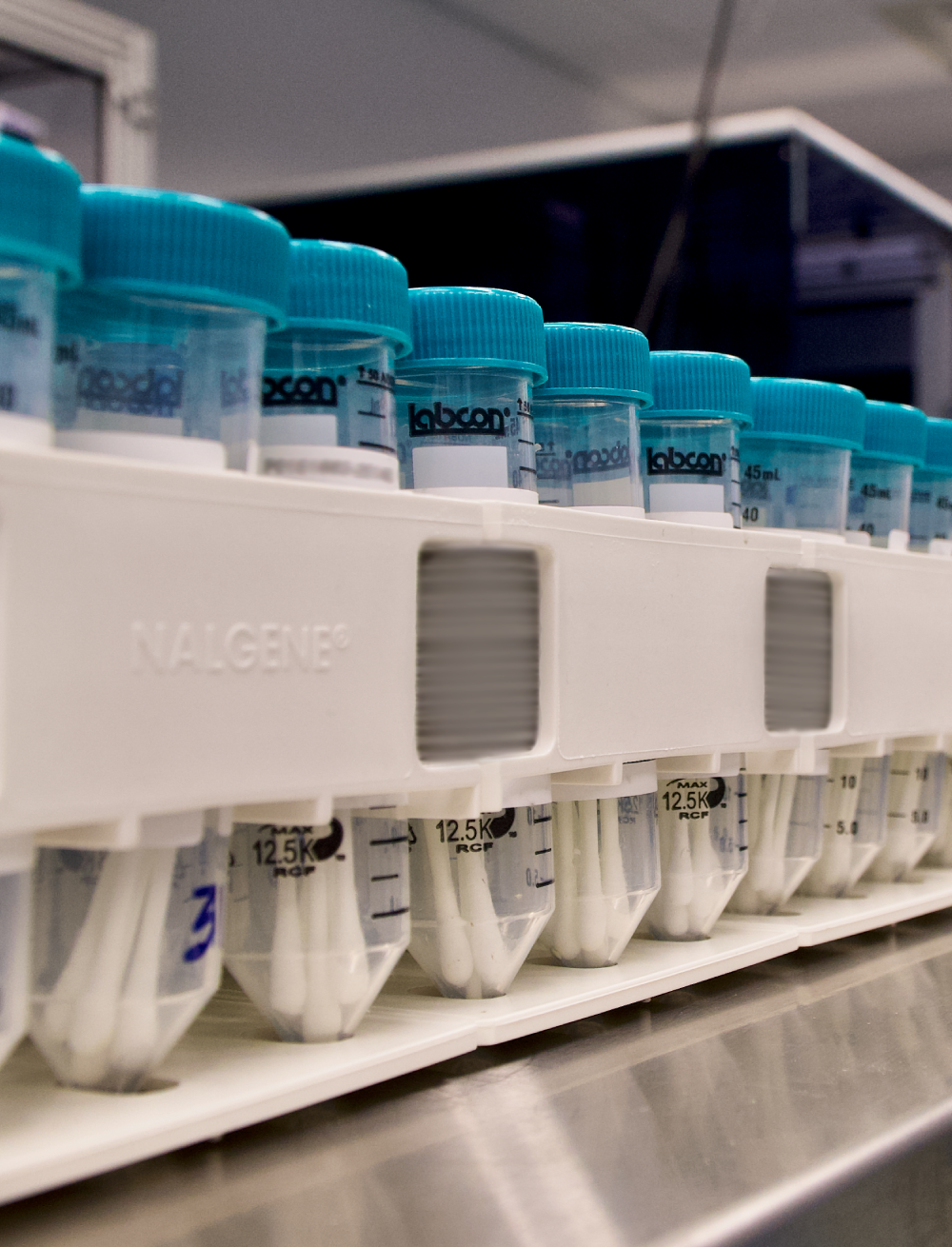 Pooled testing uses largely the same high-throughput qPCR process and equipment in the lab as individual diagnostic testing, but it is slightly modified to handle larger sample tubes. The Broad is using the same facility for pooled test processing as for individual testing.

What happens if a pooled test is positive?

The Broad’s testing facility returns pooled test results to Project Beacon and CIC Health, which in turn send results to the schools. The schools are then responsible for contacting individuals in a positive pooled sample and will re-test each individual in the pool. For follow-up testing, the schools will often use rapid antigen testing, which can return results in 15-30 minutes.

If a pooled test is negative, no action is required, and all individuals in the pool can continue their activities as planned.

Who will administer the tests to the students?

School staff or other trained individuals will administer the tests at school. DESE recommends, based on DPH guidance, that staff and students in second grade and above self-swab under appropriate supervision.

The swabs used for these tests resemble a Q-tip, and students and school staff swirl the swabs a few times in the lower part of the nose, just inside the nostril.

Where can I find more information?

The DESE has published a resource page for their pooled testing program, including links to their own FAQ and a recorded pooled testing webinar. CIC Health and Project Beacon also have more information.

If you have questions on pooled testing or specific test results, please contact your local school, school district, CIC Health or Project Beacon.

Broad Institute provides COVID-19 screening for students, faculty, and staff at more than 100 colleges and universities