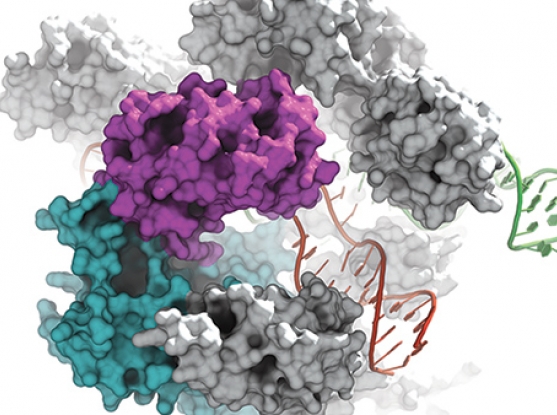 If other key patent holders join, pool would expand access and streamline non-exclusive licensing for commercial use

Seeking new opportunities to make CRISPR genome editing technology widely available, the Broad Institute of MIT and Harvard has joined discussions to create a non-exclusive CRISPR-Cas9 joint licensing pool being coordinated by MPEG LA, an organization that operates patent pool licensing programs across institutions and countries. The Broad Institute has submitted key CRISPR-Cas9 patents for consideration with joint owners Harvard University, the Massachusetts Institute of Technology, and The Rockefeller University.

A patent pool would create a one-stop shop for commercial users to license CRISPR patents without needing to navigate a complex patent and licensing landscape.

“We strongly support making CRISPR technology broadly available,” said Issi Rozen, Chief Business Officer of the Broad Institute. “The Broad Institute already licenses CRISPR-Cas9 non-exclusively for all applications, with the exception of human therapeutics, where we have significantly limited the exclusivity. We look forward to working with others to ensure the widest possible access to all key CRISPR intellectual property.”

MPEG LA issued a call for a worldwide CRISPR licensing standard earlier this year. In its application letter, available here, the Broad Institute expressed interest in working with MPEG LA and other CRISPR patent holders to streamline non-exclusive access to the genome editing technology.

In many cases, commercial groups must apply for licenses from multiple institutions, which a patent pool would coordinate and streamline. The US Patent and Trademark Office has issued more than 60 patents with claims to CRISPR and/or Cas9 to approximately 100 inventors from 18 applicant organizations, including to some academic institutions that have only issued exclusive licenses. The European Patent Office (EPO) has issued more than 20 such patents to approximately 30 inventors from about ten applicant institutions.

The Broad Institute, MIT, Harvard, and Rockefeller hold 22 key CRISPR-Cas9 patents in the United States and Europe. The institutions already make CRISPR tools freely available to the academic and nonprofit communities and issue non-exclusive licenses for most types of commercial research, including agriculture. For human therapeutics, the Broad Institute places limits on exclusivity through its Inclusive Innovation model, which offers one licensee exclusive use for a defined period (two years), followed by an open call for applications by other groups. In the case of CRISPR-Cas9, the two-year exclusive period has already ended. Parties interested in licensing the technology are invited to apply through the Broad website.

Although the Broad Institute, MIT, Harvard, and Rockefeller have chosen to make this application to join the MPEG LA patent pool public, such a disclosure is optional. It is not clear what other institutions may also have applied. “We hope many other patent holders will consider joining the patent pool to ensure access to CRISPR tools are open and available,” Rozen said. “We believe we all share a goal of making sure that CRISPR can have the greatest possible impact to transform medicine and improve lives.”


About the Broad Institute of MIT and Harvard

Founded by MIT, Harvard, Harvard-affiliated hospitals, and the visionary Los Angeles philanthropists Eli and Edythe L. Broad, the Broad Institute includes faculty, professional staff, and students from throughout the MIT and Harvard biomedical research communities and beyond, with collaborations spanning over a hundred private and public institutions in more than 40 countries worldwide. For further information about the Broad Institute, go to https://www.broadinstitute.org.

Cracks in the armor of therapy-resistant cancer cells
South Asian genomes could be boon for disease research, scientists say