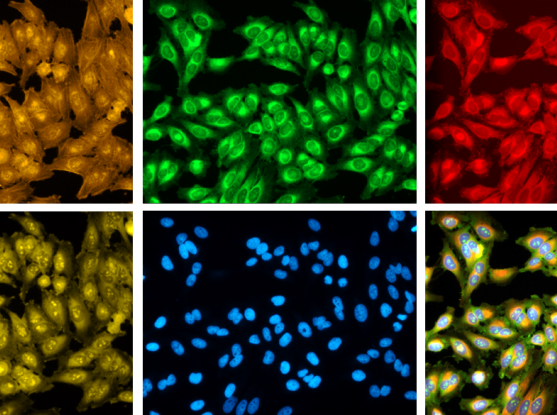 The Joint Undertaking in Morphological Profiling with Cell Painting aims to accelerate drug discovery and development by creating a massive dataset of cells imaged under more than 140,000 different conditions

The Imaging Platform at the Broad Institute of MIT and Harvard, together with industry and non-profit partners, has launched a new collaboration to create a massive cell-imaging dataset, displaying more than 1 billion cells responding to over 140,000 small molecules and genetic perturbations.

This microscopy image dataset, which would represent the largest collection of cell images generated by Cell Painting, will act as a reference collection to potentially fuel efforts for discovering and developing new therapeutics.

Twelve partners from the biotechnology and pharmaceutical industries have joined the effort, called the Joint Undertaking in Morphological Profiling with Cell Painting (JUMP-CP):

Once the image dataset is created, it will be available to consortium members for the first year, after which it will be freely available for use by the scientific community. With the complete reference dataset, potential applications include predicting a compound’s activity and toxicity in cells, matching appropriate drugs to different disease states, and more.

When developing a new drug, the cellular pathways and systems involved in its effects are not always clear — a knowledge gap that can lead to unexpected side effects and delays in testing and production. Cell imaging analysis, however, can determine the underlying mechanisms at work when cells are affected by a chemical or genetic alteration.

Cell microscopy images contain a vast amount of information about the status of the cell: whether it is diseased, how it is responding to a drug treatment, or whether a certain pathway has been disrupted, for example. These profiles can be analyzed to identify subtle cellular patterns, potentially biologically meaningful but undetectable to the human eye.

The JUMP-CP team, led at Broad by institute scientist Anne Carpenter, will create a critical mass of this cellular imaging data to empower discoveries about cell biology that can inform drug discovery and development. The Broad Institute will create a reference dataset of approximately 12,000 genetic perturbations in cells, while industry partners will build the dataset of cells exposed to small-molecule compounds.

The goal is to identify the effect of each gene or compound on the cell’s shape or activity — creating a morphological atlas that researchers can reference as a baseline in their own studies. With a large reference of image-based cellular profiles, scientists could computationally compare their images to determine a drug’s likely mechanism of action or a gene variant’s impact, prior to any clinical trials in patients.

“Ultimately, we aim to make cell images as accessible and analyzable as genomes and transcriptomes,” says Carpenter.

The consortium will use the Broad Institute's flagship assay, Cell Painting, to systematically survey cell morphology and build the reference dataset. Metrics extracted from cellular images will capture information on dozens of features to mark how the cell was affected by each chemical compound or genetic perturbation, allowing scientists to explore the underlying biology with the power of automated image analysis.

“The planned reference dataset will let the scientific community match diseases, drugs, and genes via data science; each cell’s visual 'fingerprint' can be matched against the reference collection,” says Carpenter. “We hope this approach to drug discovery will alleviate bottlenecks in the typical pharmaceutical pipeline by allowing researchers to quickly identify the impact of drugs and genetic perturbations on cells.”

This collaboration is funded in part by the Bits to Bytes Capital Call of the Massachusetts Life Sciences Center (MLSC). 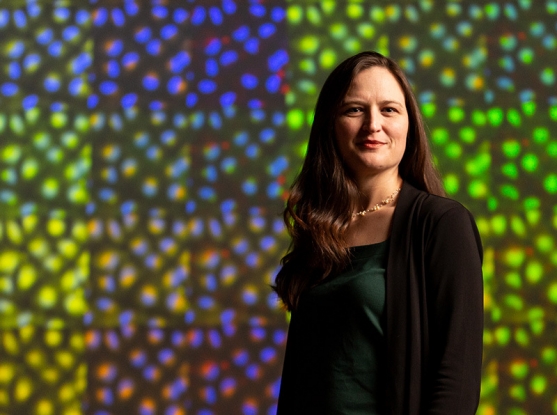 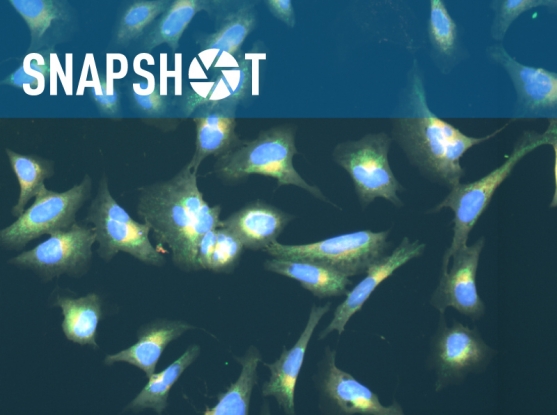