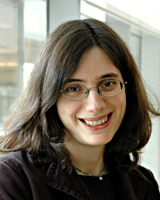 The Eli and Edythe L. Broad Institute of Harvard and MIT (“the Broad”) today announced that it has received a $32.5M grant from the Boston-based Klarman Family Foundation to support a new collaborative effort focused on deciphering how human cells are wired.

This grant will allow the scientific community to expand its understanding of how biological decisions are made in health and disease, paving the way for major treatment breakthroughs.

“Creating a complete catalog of cell circuitry will ultimately have a huge impact on our ability to understand and treat disease,” said Broad Institute Director Eric Lander. “The Klarmans are laying the foundation for what I predict will grow eventually into a worldwide effort, with the same spirit and vision of the Human Genome Project. This is a bold step by two extraordinary philanthropists.”

The Klarman Family Foundation grant will launch the Klarman Cell Observatory (“the Observatory”) at the Broad Institute, which will foster groundbreaking discoveries and technological advances in cell circuit research. It will continue to propel advances in the experimental and computational methods needed to understand cell circuitry, and establish their broad applicability by studying a variety of cell types. Moreover, Observatory researchers will partner with researchers across the Broad and around the world to pursue collaborative projects that shed light on the inner workings of these cells.

Beth Klarman, president of the Klarman Family Foundation, said, “The Cell Observatory has the potential to foster insights into so many different aspects of health and disease, including the biological basis for behavioral health. We feel that providing this funding to the Broad, an institution whose model of collaboration accelerates innovation, is the best way to positively impact the greatest number of people.”

Much of what is currently known about cell circuits emerged from decades of research on single-celled organisms, such as yeast and bacteria. The cells of more complex beings, such as humans and other mammals, have been much more difficult to study in part because their circuits are more elaborate. Researchers have worked on the problem, of course, but the typical approach—deciphering a single component or connection at a time—has been a slow and piecemeal process, in part because the tools and knowledge needed to comprehensively crack mammalian cell circuits have only recently become available.

The Klarman Cell Observatory will be led by Broad Institute core faculty member Aviv Regev, who has pioneered a new paradigm for defining cellular circuitry. Over the past five years, Regev and her colleagues have made significant strides in systematically deciphering the circuits of two key human cell types: dendritic cells, a type of immune cell, and the stem cells that give rise to blood cells. This work not only shed light on the cells’ biology and the systems in which they function, but it also served as a proof-of-principle for how to approach such projects on a large scale.

“Our work has shown that you can choose one cell type and very systematically—one layer at a time—decipher its circuits,” said Regev, who is also an associate professor at MIT and an Early Career Scientist of the Howard Hughes Medical Institute. “I’m truly grateful to the Klarmans for their visionary support, which will allow us to move this early proof-of-concept work to the next critical phase.”

The Cell Observatory will pursue a range of collaborative projects by partnering with scientists within the Broad community and beyond. A critical component of the Observatory’s work will involve collaborations with scientists in Israel, including training opportunities for junior scientists. Researchers in that country are renowned experts in the cell circuitry of single-celled organisms and established many of the initial methods used to decipher them.

Seth Klarman, chairman of the Klarman Family Foundation and Broad Institute board member, said, “Beth and I are thrilled to support this groundbreaking effort. It requires not only deep scientific expertise, but also the ability to draw researchers together from various institutions and disciplines. Through my involvement on the Broad’s board, I have developed an even greater appreciation of the fact that scientists are on the verge of critical breakthroughs, and there’s really no other place to do this kind of work than the Broad.”