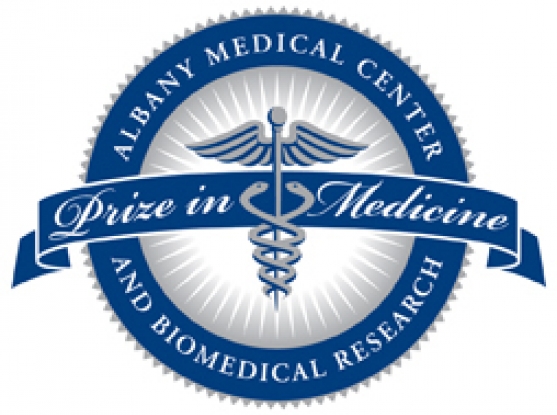 In recognition of the biomedical knowledge that has flowed from a complete map of the human genome, three architects of that groundbreaking map are now being honored with a prestigious national award in science or medicine.

Broad Institute director Eric Lander, David Botstein, and Francis Collins today were named co-recipients of the 10th annual Albany Medical Center Prize in Medicine and Biomedical Research. These scientists are being recognized for their foundational contributions to the efforts to decode the human genetic blueprint, which grew from ideas and early work in the 1980s into the international Human Genome Project (HGP), a collaborative project that unlocked the information encoded within human DNA, and led to a torrent of research on human diseases and the genes that underlie them.

"This award is a recognition not just of genomics as an intellectual field, but of the collaborative science that underlies the success of joint efforts like the Human Genome Project," said Lander. "This is a validation of the importance of such collaborative, cross-disciplinary science, which is also at the very heart of the Broad Institute."

Botstein, now director of the Lewis-Sigler Institute for Integrative Genomics at Princeton University, was among the first scientists to suggest the idea of constructing a complete map of human DNA. Botstein teamed up with Lander, who was then on sabbatical at MIT from Harvard Business School and working to combine his mathematics background with a burgeoning enthusiasm for genetics, to develop ways to apply human genetics to common multi-gene diseases. At the same time, Collins, now director of the National Institutes of Health, was leading research to unearth the individual genes responsible for human diseases, including cystic fibrosis. Together, the efforts of these three helped lay the groundwork to initiate the HGP. Lander and Collins then played key roles in the HGP itself, together with many other collaborators, including many scientists at the Broad Institute.

Created in 2000 by the late Morris "Marty" Silverman, the Albany Medical Center Prize in Medicine and Biomedical Research acknowledges scientists whose research has had an important clinical impact. This year's recipients will receive their award and be honored at a reception in Albany, NY on April 23.

All about the Human Genome Project (HGP)