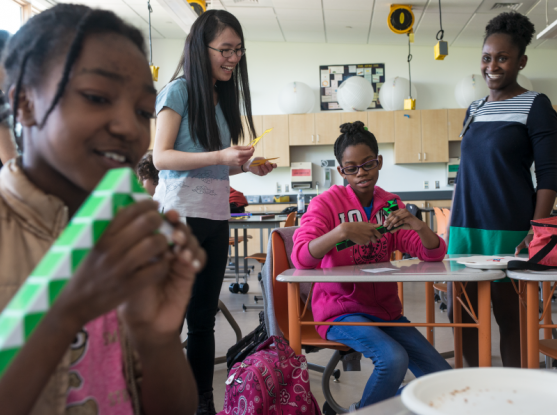 Cofounders of Broad’s Bio-Coding Club discuss how they expanded a hands-on learning experience for middle-school students into a widely available resource for teachers.

Since 2019, around 70 Cambridge middle-schoolers have worked with scientists from the Broad Institute of MIT and Harvard on hands-on biology and coding projects, as part of a weekly, after-school group called the Bio-Coding Club. The group, organized by Broad’s Office of Diversity, Education, and Outreach (DEO), aims to make science approachable to students who haven’t had much exposure to coding or science, introduce them to real-life scientists, and inspire them to imagine themselves as scientists. Broad’s DEO office has now adapted content from the club into a curriculum that’s available online for teachers and others anywhere to use with middle-school students.

During a typical Bio-Coding Club session, volunteer scientists from the Broad walk the students through a hands-on biology activity, such as isolating DNA from a strawberry or finding the blind spots in their eyes. The students then work on a coding project related to the biology theme, using a coding language designed for children called Scratch. This might include making an object dance on the screen, or designing a simple video game.

Club organizers still aim to eventually reach all middle schools when in-person instruction returns, but they didn’t want to limit their scope to Cambridge alone, so they put together lesson plans to distribute online. The first two units of the curriculum, about the microbiome and infectious disease, are available now for free, with units on DNA, neuroscience, and evolution coming soon.

We spoke with the club’s cofounders, Ashley Johnson, an education and outreach coordinator in Broad’s Office of Diversity, Education, and Outreach, and Fatima Sammy, a science teacher at Putnam Avenue Upper School in Cambridge, about how the Bio-Coding Club has served Cambridge students, and how the online curriculum might be used elsewhere.


What are the goals of the Bio-Coding Club and the new online curriculum?

Johnson: The mission of the Office of Diversity, Education and Outreach is to increase the number of students, especially those from underrepresented populations, entering and succeeding in STEM careers. The Bio-Coding Club was specifically designed to be accessible to all students. We want to make sure they have positive experiences with science and feel a sense of belonging before their views on the subject solidify in high school. We also think it’s important that students are aware of different career options in STEM. The curriculum was designed to do this through fun hands-on activities and coding challenges that connect to current areas of research in biomedicine.

What are some of your favorite things about the club?

Sammy: It's given students who normally wouldn't have this opportunity a window into science. Science is engaging. It's fun. Science is not a one-size box, and we have the opportunity to show them that, even now in the virtual world. That's one of the proudest things for me about being part of this project. 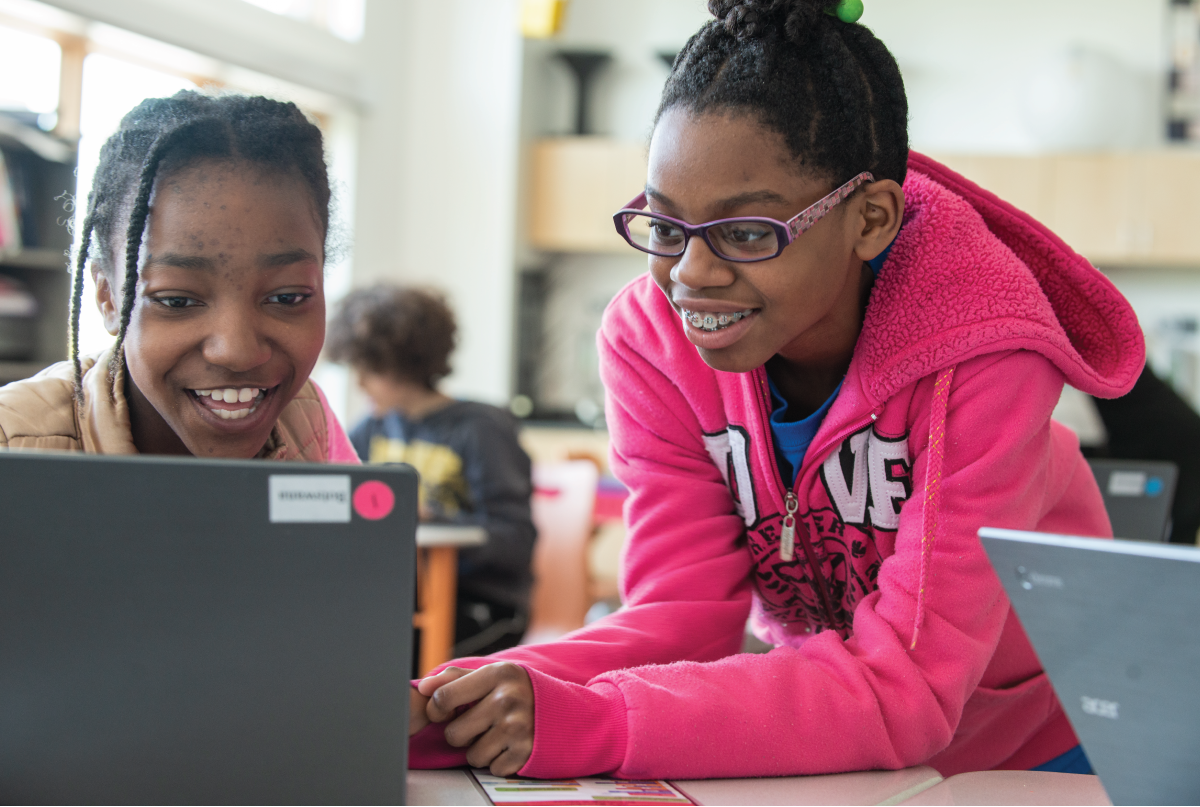 What challenges did you face pivoting the club to a virtual format?

Sammy: When this club started, there was an emphasis on being interactive and hands-on, so we had to think through how we would still make that a goal of the club. The Broad did a really great job of creating packages to send out to kids who registered, so they had all the materials with them for each session.

Johnson: Half of the club is the hands-on activities. We didn't feel like we could do the club without these activities, and we didn't want to assume the kids had access to any supplies, so we decided to mail everything. The kids really like to get something in the mail, so I think that helped bring the kids in and made the online club more fun. We sent them all the supplies at the start, so they were invested in finding out how the items were going to be used each week.

Last semester, for one of the first hands-on activities, the kids extracted DNA from freeze-dried strawberries we sent them. In-person this activity runs smoothly, but I had some concerns about the students doing this at home. I was imagining the kids spilling mushy strawberries all over their computers and not getting any DNA, but it went really well. The kids got visible DNA and no issues occurred. It was confirmation that the club could work online. 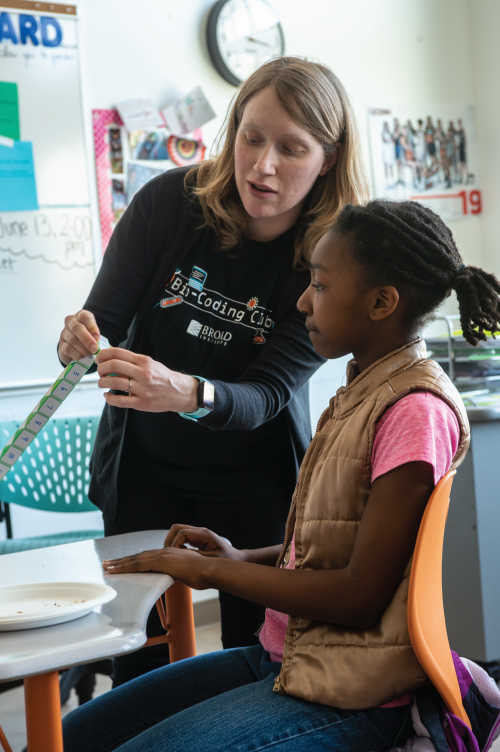 Why did you decide to create the online curriculum?

Johnson: There was a gradual evolution in our thinking about putting the curriculum online. When I was a STEM teacher, I was always searching for quality content I could incorporate into my classroom. We felt like the curriculum we were developing should be shared with others, including teachers, for use in classrooms, STEM clubs, or other places. Having another option out there for teachers is a really good thing.

How did you adapt the club curriculum into something that could be shared more widely?

Sammy: Ashley did a lot of the beginning work and made the building blocks of the curriculum. Once we had created a unit that we implemented in the club itself, I basically came in and made it into a lesson plan. I spent some time reflecting on what worked and what didn’t and made some tweaks. The process was similar to what I would be doing if I was reflecting in my own classroom, either year to year or unit to unit.

Who are the intended users of your online curriculum?

Johnson: Anyone who's interested. This could be a biology teacher who wants to incorporate some Scratch into their class. It could be an after-school group or a STEM-focused company that wants to launch an outreach initiative in their community. It could be for community groups like Girl Scouts or Boy Scouts, or for private parochial schools that don't necessarily have access to the same curriculum that a public school might. It's for anybody who's interested in STEM activities and STEM clubs.

Office of Diversity, Education, and Outreach