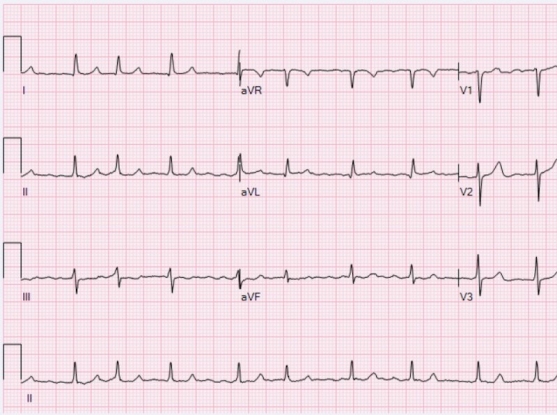 Atrial fibrillation—an irregular and often rapid heart rate—is a common condition that often leads to the formation of clots in the heart that can travel to the brain to cause a stroke. As described in a study published in the journal Circulation, a team led by researchers at Massachusetts General Hospital (MGH) and the Broad Institute of MIT and Harvard has developed an artificial intelligence–based method for identifying patients who are at risk for developing atrial fibrillation and could therefore benefit from preventative measures.

The investigators developed the artificial intelligence–based method to predict the risk of atrial fibrillation within the next five years based on results from electrocardiograms (noninvasive tests that record the electrical signals of the heart) in 45,770 patients receiving primary care at MGH.

Next, the scientists applied their method to three large data sets from studies including a total of 83,162 individuals. The AI-based method predicted atrial fibrillation risk on its own and was synergistic when combined with known clinical risk factors for predicting atrial fibrillation. The method was also highly predictive in subsets of individuals such as those with prior heart failure or stroke.

“We see a role for electrocardiogram-based artificial intelligence algorithms to assist with the identification of individuals at greatest risk for atrial fibrillation,” says senior author Steven Lubitz, a cardiac electrophysiologist at MGH and associate member in the Cardiovascular Disease Initiative at the Broad Institute. Adds co-lead author Shaan Khurshid, an electrophysiology clinical and research fellow at MGH: “The application of such algorithms could prompt clinicians to modify important risk factors for atrial fibrillation that may reduce the risk of developing the disease altogether.”

Lubitz adds that the algorithm could serve as a form of pre-screening tool for patients who may currently be experiencing undetected atrial fibrillation, prompting clinicians to search for atrial fibrillation using longer-term cardiac rhythm monitors, which could in turn lead to stroke prevention measures.

The study’s findings also demonstrate the potential power of AI—which in this case involve a specific type called machine learning—to advance medicine. “With the explosion of data science technologies and the vast amounts of clinical data now available, machine learning is poised to help clinicians and researchers make great strides in enhancing cardiology care,” says co-author Anthony Philippakis, chief data officer at the Broad and co-director of the institute’s Eric and Wendy Schmidt Center. “As a data scientist and former cardiologist, I’m excited to see how machine learning–based methods can work with the tests and clinical approaches we use every day to help us improve risk prediction and take care of patients with atrial fibrillation.”

This work was supported by the National Institutes of Health, the American Heart Association, the Doris Duke Foundation, and the Leducq Foundation.