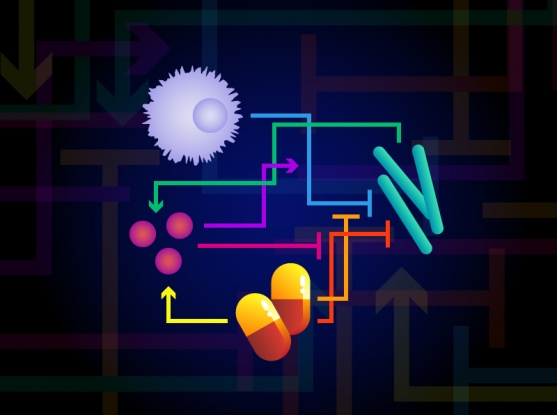 Researchers found that in mice, antibiotics can directly remodel the biochemical environment of cells during infection, sometimes deleteriously.

Antibiotics normally act in concert with an organism’s immune system to eliminate an infection. However, the drugs can have broad side effects, including eliminating “good” bacteria in the course of fighting off a pathogen. A new study led by researchers from the Broad Institute of MIT and Harvard, MIT, and the Wyss Institute for Biologically Inspired Engineering has shown that antibiotics can also reduce the ability of mouse immune cells to kill bacteria, and that changes to the biochemical environment directly elicited by treatment can protect the bacterial pathogen. The work was published today in Cell Host & Microbe.

“Antibiotics interact with cells, particularly immune cells, in ways we didn’t expect,” said co-first author Jason Yang, a postdoctoral scholar at the Broad Institute and MIT. “And the biochemical context, altered by antibiotics and cells in the surrounding tissue, matters when you’re trying to predict how a drug might work in different people or in different infections.”

In the face of the growing threat of antibiotic resistance, understanding the myriad impacts of antibiotics is also a critical goal for researchers and clinicians formulating better treatments. Senior author James Collins — an institute member at Broad, professor at MIT, and core faculty member at the Wyss Institute — and his lab have previously shown that several types of antibiotics can damage mitochondria in mice and in human epithelial cells, and that bacterial susceptibility to drugs can be affected by small molecules, called metabolites, released by cells as intermediates of their metabolic reactions.

Yang and his colleagues suspected that antibiotic treatment might further alter the infection microenvironment in ways that impact bacteria and immune cells. To investigate, the team treated mice infected by Escherichia coli bacteria with a commonly used antibiotic called ciprofloxacin, administered through the animals’ drinking water at concentrations relative to what a human would receive, and quantified the biochemical changes.

The researchers found that the antibiotic treatment elicited systemic changes in metabolites — not by influencing the microbiome, but by acting directly on the mouse tissues. On further investigation, the team determined that metabolites released by mouse cells made E. coli more resistant to ciprofloxacin. Antibiotic exposure also impaired immune function by inhibiting respiratory activity in immune cells: Macrophages treated with ciprofloxacin were less able to engulf and kill E. coli bacteria.

“You generally assume that antibiotics will significantly impact the bacterial cells, and yet here they seem to be triggering responses in mammalian cells,” said Collins. “The drugs are producing changes that are actually counterproductive to the treatment effort. They reduce the bacterial susceptibility to antibiotics, and the drugs themselves reduce the functional benefit of the immune cells.”

The results highlight the potential of antibiotics to modulate the immune system, and reveal the importance of the metabolic microenvironment in resolving an infection. “Aspects of this work indicate that biochemical diversity could be a driver of different drug treatment outcomes,” said Yang. “If we have a better understanding of the specific effects that antibiotics can have on different cells, that may help us make decisions about how to better treat infection.”

Translating the findings to human health will require more follow-up work. “We need to do additional animal studies under a broader range of conditions with a broader range of antibiotics, and potentially measure metabolites in human patients undergoing treatment, to see what else might be happening,” said Collins.

This work was funded in part by the Defense Threat Reduction Agency (grant HDTRA1-15-1-0051), the National Institute of Health (grants K99GM118907 and U01AI124316), the Novo Nordisk Foundation (grant NNF16CC0021858), the Paul G. Allen Frontiers Group, and the Wyss Institute for Biologically Inspired Engineering. 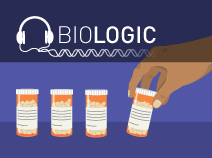 BioLogic Podcast: The fight against antibiotic resistance, with Jim Collins 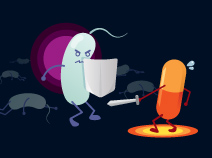 From the Broad: Keeping the upper hand in the battle with bacteria

Getting smart about antibiotics 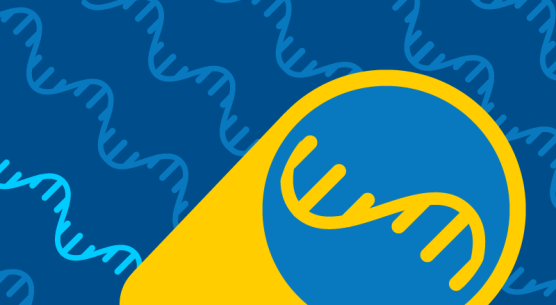