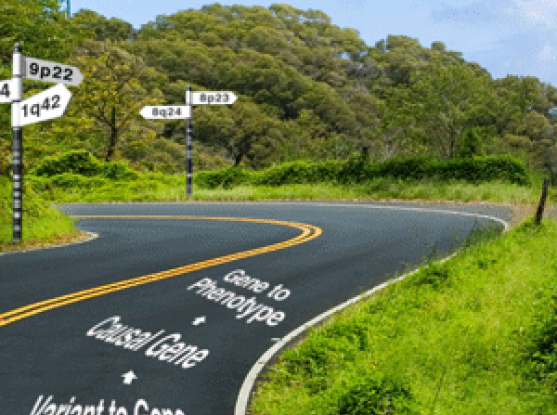 By performing genome-wide association studies (GWAS) in more than 100,000 individuals, researchers have identified 95 gene regions linked to plasma lipid levels (low-density lipoprotein cholesterol, high-density lipoprotein cholesterol, and triglycerides measured in blood). Fifty-nine of them are identified for the first time as having a role in lipid metabolism, and 13 of them are strongly linked with increased risk of coronary artery disease. Researchers investigated the genetic roadmap of one of the 95 gene regions in great detail in mice, proving a causal role in moderating LDL lipid levels.

These discoveries by a global team of researchers, including investigators at the Broad Institute of MIT and Harvard and collaborators, were published in two papers in the August 5 issue of Nature.

“We know that about half of the variability in lipid levels between people is due to genetics,” explains senior co-author Sekar Kathiresan, director of preventive cardiology at Massachusetts General Hospital (MGH) and an associate member of the Broad Institute of MIT and Harvard. The unanswered question: of the 3.2 billion base pairs of DNA that make up the entire human genome, almost all of which are identical in all humans, which ones are responsible for that 50 percent heritability?

In the human genome, there are only about 10 million DNA bases (about 0.3 percent) that differ among large numbers of individuals, so-called common variants. Of these variants, also known as single nucleotide polymorphisms (SNPs), the researchers used about 2.6 million to map those gene regions associated with differences in blood lipid levels.

From 2007-2009, the MGH/Broad team had previously reported GWAS results in up to 20,000 people of European ancestry, identifying gene regions that produce, for example, a change of low-density lipoprotein cholesterol (LDL-C) levels of 8-10 mg/dL, (LDL-C is the harmful form of cholesterol). In this latest study, the researchers performed an analysis of 100,000 people of European ancestry by combining 46 lipid GWAS analyses performed in the United States, Europe, and Australia. For most of the 2.6 million SNPs studied, the average cholesterol levels of people with different variants of each SNP were the same. But they found SNPs in 59 new gene regions for which lipid levels differed between groups. Adding to their previous discoveries, the investigators have now identified a total of 95 gene regions associated with plasma lipid levels.

“Despite the small effects of these new SNPs, they point us to gene regions that clearly matter in humans for lipids levels,” explains co-first author Kiran Musunuru, clinical and research fellow at Massachusetts General Hospital and research affiliate at the Broad Institute. “These SNPs are ‘signposts’ for further study.”

The researchers used their discoveries to gain important new insights into the genetic basis for plasma lipids. For example, it has not been clear if variants identified in GWAS analyses of individuals of European ancestry are relevant in other ethnic groups. To answer this question, the investigators studied the 95 cholesterol-associated SNPs in different ethnic groups including East Asians (15,000 people), South Asians (9,000 people) and African Americans (8,000 people). “Together, these groups represent the bulk of the global human population,” says Kathiresan. They found that most of the 95 gene regions contribute to lipid levels in all human groups studied, suggesting that lipids are regulated similarly in people from different ethnic groups.

The team also found that their discoveries were relevant to disease. “Some of the 95 gene regions relate not only to lipid levels but risk for CAD [coronary artery disease],” adds Kathiresan. “We show they have an effect on a clinical endpoint.” To prove the link, the investigators compared the SNPs in a group of 20,000 individuals with CAD and 60,000 without the disease. “The expectation is that if the variant is increased in frequency in those individuals with CAD compared to the controls, then it is actually related to the disease,” explains Kathiresan. Of the 95 gene regions, 13 were found more commonly in the cases compared with controls. “These gene regions appear to work through plasma lipids to alter the risk for CAD.”

To establish the biological relevance of their discoveries, the team further examined several of the gene regions in mouse models using overexpression and knockdown techniques. They noted that three genes—Galnt2, Ppp1r3b, and Ttc39b—all changed cholesterol levels in the mice. “This shows that GWAS is finding true cholesterol regulators,” says Musunuru.

“We identified genes involved in lipoprotein metabolism by looking around each SNP ‘signpost’ and performing experiments to see which nearby gene is acting on plasma lipids and what it does mechanistically,” explains Kathiresan. In the second Nature paper, the team studied one specific gene region on chromosome 1p13 in great detail to determine how it acts to influence LDL-C levels.

They showed that a 1p13 SNP in “non-coding” DNA, that is, a DNA region that does not encode a protein, creates a binding site for a transcription factor that binds in liver tissue and leads to enhanced expression of the SORT1 gene, which lies more than 120,000 DNA bases away from the SNP—a rather large distance. SORT1 encodes for sortilin, a protein involved in many cellular processes. In mouse studies, the investigators determined that increased sortilin expression in liver led to lower LDL-C levels. Further analysis showed this was a result of decreased liver secretion of very-low-density lipoprotein (VLDL) particles, the biochemical precursors to LDL.

The team had earlier made the link between SORT1 expression and heart attack risk. They have now determined that 1 in 20 people carry two copies of the SNP variant at 1p13 and that these individuals have more than 12-fold higher SORT1 expression. “They are the same people who have lower LDL cholesterol—about 16 mg/dL lower—and a 30 percent lower risk for heart attack,” explains Kathiresan.

It should be noted that most of the 95 SNPs discovered by the team are located in non-coding regions of the genome, outside of known genes. “It has been suggested that there is little value to the GWAS strategy because the identified variants are not located in protein-coding areas,” says Musunuru. “We show these non-coding variants can nevertheless influence protein function, and this work clearly shows the value of following up the GWAS results.”

The team plans on evaluating the biology of many of the remaining 94 gene regions. “These studies show how to proceed along a path from genomic localization to function and mechanism,” adds Kathiresan.

“The burden is on us and others now to identify the genes in all of the 95 gene regions, particularly the 13 CAD gene regions, that are actually changing cholesterol and changing the risk of disease,” says Musunuru. “Once we identify the cholesterol-associated genes and how they produce their effects, they are potential therapeutic targets,” he says. “My hope is that at least a few of them could lead to new therapies to reduce the risk of heart disease.”