Shining a light on bladder cancer 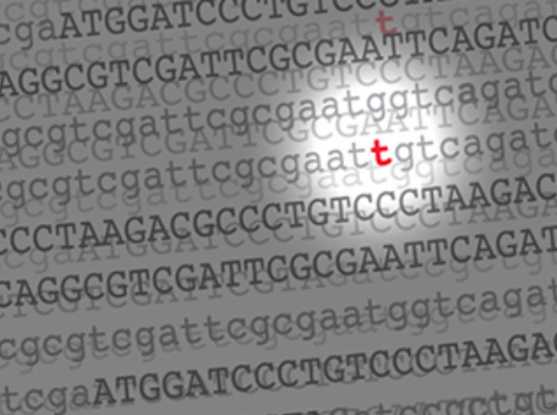 Over the last several years, research teams across the world have scoured the genomes of cancer cells in a quest to uncover the genes that drive tumor growth. Meticulous analyses of the many thousands of genetic mutations that can accumulate in each tumor’s DNA have brought an increasing number of “driver genes” into view. Now, scientists are also turning their attention to another key question: What are the biological processes that lead to these DNA mutations in the first place?

“The mutations we see in a patient’s tumor are an amalgamation — genetic relics left behind by multiple different processes in the cell,” says Gad Getz, director of Cancer Genome Computational Analysis at the Broad Institute and an associate professor at Massachusetts General Hospital (MGH). “We don’t know what those processes are up front, but with sophisticated computational methods, we can now uncover them, and in doing so, gain insights into the biology of different cancers and how they can be more effectively treated.”

In this week’s issue of Nature Genetics, Getz and his colleagues report the results of a deep analysis of nearly 300 urothelial tumors, a type of bladder cancer responsible for roughly 150,000 deaths per year worldwide. Their work highlights the role of a well-known DNA repair process, known as nucleotide-excision repair (NER) and, for the first time, reveals genomic evidence for the role of tobacco smoking in this form of cancer.

Signature searches
To retrace the biological steps that lead to genetic mutations in cancer, Getz and other leading cancer genomics experts are studying so-called “mutational signatures” — patterns of mutations that are left behind in tumor DNA and reflect different mutation-causing events or exposures. For example, cigarette smoke leaves a characteristic imprint on the genomes of lung cancer cells. This imprint (known as Signature 4 in the COSMIC database), can be uncovered by surveying the genomes of lung tumors through large-scale sequencing, and then harnessing advanced computational algorithms — pioneered by multiple groups, including Getz’s team — to reveal the precise arrangement of genetic typos that emerge from continued cigarette use. Similar approaches can reveal mutational signatures tied to other mutagens as well as sloppy housekeeping functions, like DNA maintenance and repair.

“Here, we really aren’t concerned with the driver mutations,” says Getz. “Most of these mutations are passenger mutations that didn’t necessarily cause the cancer, but instead were byproducts of the biological forces that led to mutations in the tumor genome.”

Signs of impaired repair
Getz and his colleagues, including researchers working on The Cancer Genome Atlas (TCGA), recently uncovered some intriguing findings related to urothelial cancer. They found that the ERCC2 gene — a core component of the NER pathway — is frequently mutated in urothelial tumors. Importantly, this is the only tumor type found to date in which ERCC2 is significantly mutated beyond what is expected by chance. In addition, Broad and Dana-Farber researcher Eliezer Van Allen and his colleagues revealed an interesting association between ERCC2 mutations and cancer therapeutic response in bladder cancer: Patients carrying ERCC2 mutations were found to be more sensitive to cisplatin, a platinum-based chemotherapy that induces DNA damage, which is mended through NER as well as other repair pathways. Together, these findings suggested that DNA repair, specifically NER, might play an important role in bladder cancer.

To dig more deeply into this area, Getz’s team, led by first authors Jaegil Kim (Broad Institute), Ken Mouw (Dana-Farber), and Paz Polak (MGH) in collaboration with Dana-Farber’s Alan D’Andrea, began analyzing the mutational signatures — the characteristic patterns of DNA mutations — in a TCGA cohort of urothelial tumors. They identified four key signatures, including one that seems nearly identical to a previously uncovered signature that is shared across many tumor types, including bladder cancer. Despite its near ubiquity, the biological roots of this signature, known as Signature 5, are not known.

To probe it further, the researchers searched for mutated genes that are associated with increased Signature 5 activity in bladder cancer. Sure enough, their top find was ERCC2. This was true not only in the TCGA cohort, but also in two other independent collections of urothelial tumor samples.

“That was a big finding, because it suggests that the cause of the Signature 5 mutations might be related to DNA repair”, says Getz.

“We hypothesize that these mutations are generated across all cancers in the setting of increased levels of DNA damage from tobacco or other mutagens, but in most cancers, the DNA repair machinery works well and repairs most of them — so they are relatively infrequent.” adds Jaegil Kim, co-first author of the paper. Yet in bladder tumors that harbor ERCC2 mutations, the repair machinery is crippled, so Signature 5 DNA mutations persist and accrue over time.

Although ERCC2 was by far the strongest genetic association with Signature 5, Getz and his colleagues noticed that several tumors lacked the ERCC2 mutation yet nevertheless showed increased Signature 5 activity. Interestingly, a handful of these tumors carry mutations in a different NER pathway gene. Although the number is small (and not statistically significant), the discovery further underscores the role of this form of DNA repair in bladder cancer.

A smoking gun
For years, it has been known that smoking can raise a person’s risk of developing bladder cancer. Despite this clinical knowledge, there has been little additional proof to corroborate smoking’s biological impact in the disease.

Indeed, Getz and his colleagues did not see any of the typical “smoking” signatures in bladder tumor genomes. (These include Signature 4 as well as a related signature connected to chewing tobacco.) However, they did uncover a significant association with Signature 5 activity. Regardless of whether or not their tumors harbored ERCC2 mutations, patients who smoked showed a significantly higher prevalence of Signature 5 mutations than patients who did not.

“Prior to this work, there was no direct genomic evidence of how smoking contributes to mutations in bladder cancer, due to a lack of the typical smoking signatures,” says Kim. “Our study provides a genomic fingerprint to suggest its role biologically.”

In addition to reflecting the genomic impact of cigarette smoke in bladder cancer, Getz’s studies of Signature 5 provide other important clinical inroads. “Having a defect in a DNA repair mechanism could represent a vulnerability that can be targeted therapeutically,” says Getz.

Uncovering these vulnerabilities — not just in bladder cancer but also in other major tumor types — represents one of the holy grails of mutational signature studies. “As an international community, we are in the process of mapping these signatures across all cancers, explaining their biological meaning and hopefully uncovering new vulnerabilities that can be leveraged for more effective cancer treatments,” says Getz.