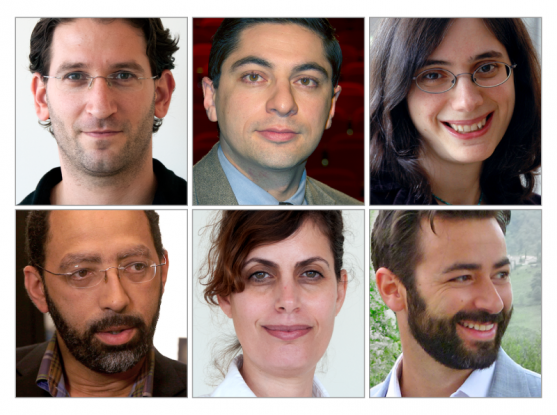 Single-cell analysis is a groundbreaking approach now being used across biological fields to explore a common problem: how to study cellular diversity in cell environments with heterogeneous populations. Such diversity can have profound implications for cell survival and proliferation, response to drug therapies and interventions, as well as myriad other biological processes. Single-cell techniques have already been used for a variety of studies -- for instance, to explore heterogeneity of immune response in autoimmune disease, to examine host-pathogen interactions in infectious disease, and to survey the human transcriptome. It is now being used to probe cancer tissue—a diverse and complex cellular environment that has often stymied researchers.

Over the past two years, computational biologists and cell circuitry experts from the Klarman Cell Observatory (KCO), directed by Aviv Regev, a Broad institute core member, professor of biology at MIT, and Howard Hughes Medical Institute Investigator, have joined forces with cancer researchers from the lab of Broad institute member Levi Garraway, director of the Joint Center for Cancer Precision Medicine (CCPM) at the Dana-Farber Cancer Institute, Brigham and Women’s Hospital, and the Broad Institute, to take on this challenge.

Working with study co-leaders—single-cell analysis pioneer Alex Shalek, an associate professor at MIT and Broad associate member, and KCO associate director Orit Rozenblatt-Rosen—the team first looked at melanoma, the most deadly form of skin cancer. Their efforts, detailed this week in a paper published in Science, are helping to unravel the diverse cellular ecosystem of tumors, providing insights not only into the heterogeneity of cancer cells within the tumors, but also T cells and other cells that may be influencing cancer behavior and response to treatment.

I sat down with the paper’s co-first authors Itay Tirosh, a postdoctoral fellow in the Regev Lab, and Benjamin Izar, a fellow in the Garraway lab who also served as the Science paper’s co-corresponding author. They discussed their findings and the promise of applying single-cell genomic analysis to cancer research.

How does this single-cell approach differ from previous methods that have been used to analyze the cancer genome?

Ben Izar: Up until now, scientists have been mostly doing “bulk” tumor sequencing, essentially using RNA-sequencing or DNA-sequencing to analyze the cancer genome or transcriptome by looking at whole pieces of tumor tissue. For RNA sequencing especially, doing these bulk analyses are limited because what you are working with is a mish-mash of tumor cells, immune cells, fibroblasts, macrophages—all types of cells that are mixed together that may or may not be contributing to cancer progression and drug resistance.

Itay Tirosh: These different cells have very different gene expression patterns which were basically averaged in the typical "bulk" sequencing process; they were all blended together in such a way that we couldn't analyze the individual cell types. Our single-cell method lets us probe the whole tumor one cell at a time to determine what cell types are present. Although we were studying cancer, this work was not just to analyze the malignant cells, but all the different cell types inside the tumor. This is the first time that that has been done. And now that we know the composition of each tumor and we know what the expression profile is for each cell type, we can go back and re-analyze some of this bulk-tumor data (from The Cancer Genome Atlas, for example) to figure out from that existing data how cell types might be interacting—to kind of reconstruct the bulk sample’s entire behavior from the components.

What led you to team up and embark on this study?

Izar: Two years ago, we had a meeting—members of Levi Garraway’s lab and members of the KCO—to discuss how we might apply some of the single-cell technologies pioneered by the Observatory to cancer research in the context of precision medicine. The question we had was: Could we take advantage of the technology for use as a translational research tool that could ultimately be used to help inform patient care?

Tirosh: Single-cell RNA-seq was a relatively new method at the time—it still is relatively new—but one of the basic problems we thought it could help solve related to the cellular diversity within tumors. The main reason we want to understand this diversity is that, when doctors treat cancer, some patients respond to treatment and others do not, and even if there is a good response the cancer often comes back. We don’t understand why maybe some cells are being killed and others are not, but there has been a suspicion that this variability has to do with the cellular diversity inside the tumor environment.

And what did you learn about melanoma from your study?

Tirosh: Levi’s lab has been studying melanoma and drug resistance for a number of years. One mechanism that they showed in melanoma with mutations in a gene called BRAF is that cells that are killed by the treatment preferentially express a pathway that contains the gene MITF, a master regulator of melanocytes, a type of cell that's in the skin. The other cells that are not killed by this drug express a different program. One main gene in that program is AXL. What we found was that, when you look at tumors, not only can you classify them into those that mostly express MITF and those that mostly express AXL, but by looking more deeply at individual cells, you see that every tumor has both types of cells, and we can measure the proportions.

Izar: What that means is that, by conventional methods, if you were to do bulk RNA sequencing on the tumor, the overwhelming signal may tell you that it contains cells that express the MITF program, indicating that the patient is sensitive to treatment. But already, somewhere hidden in there dormant is a small fraction of AXL-expressing cells that will ultimately cause the patient’s cancer to relapse. One possible implication of this finding would be to see if we can develop a treatment strategy to try and also kill those few cells that will ultimately cause that relapse.

Tirosh: And then, as we said before, we looked not just at the cancer cells but also at a lot of other cell types, particularly the T cells of the immune system, and we were able to start to describe the specific pathways in the T cells that may reflect or cause dysfunction. What we found by analyzing the T cells, which are the target of immunotherapies, is that within the T cell population there are some cells that may be more susceptible to those treatments.

Was there a reason you tried this approach in melanoma first?

Izar: One reason is that Levi’s lab has studied melanoma intensively in the past, but we also picked this cancer for our study because melanoma is genetically very well defined. Furthermore, in the last years, the treatment landscape of melanoma has been transformed. There are now effective targeted cancer therapies as well as therapies that leverage the immune system (immune checkpoint inhibitors) that we use to treat the disease.

About 50 percent of melanoma patients have the BRAF mutations that Itay mentioned. There are targeted therapies that initially shrink tumors in most of those patients, but unfortunately these tumors invariably develop resistance and cancer recurrence. On the flip side, immunotherapies can result in long-term remissions, but only a portion of patients derive a benefit from these drugs and, to date, it is unclear how to best identify patients who will or will not respond to such therapies. So the questions we wanted to address were: what is happening at the cellular level that allows the cancer to return, and what are characteristics of cancer cells and immune cells that may identify patients who will respond to immune checkpoint inhibitors?

Izar: It is believed that all of us may have aberrant cells like cancer cells in our bodies from time to time, but our immune system is typically able to track them down and weed them out. However, if cancer cells find a way to inhibit our immune system, they have a chance to grow. The observation that cancer cells can do that—that they can actively modulate our immune system and prevent it from doing its job—has been transformative. It opened up the possibility of using immunotherapies to fight cancer. When I explain this to my patients, I tell them that these immune checkpoint inhibitors —the immunotherapy drugs that we give them—don’t actually kill cancer directly, like traditional chemotherapies; instead, imagine that the cancer cells have pulled the hand break on the “car” that is the body’s own endogenous immunity. What these immunotherapy drugs do is release the hand break so that our T cells can race off, find cancer cells, and kill them.

So are you already looking at other tumor types then? What’s next for your research?

Tirosh: We are looking at other tumor types. Ben and I work closely on other projects and are applying single-cell technology successfully to ovarian cancer and colon cancer, while others at KCO and CCPM are further extending this approach to many additional tumor types such as pancreatic cancer and breast cancer. We are asking the same basic questions, but each tumor type has its own unique features that guide these projects. In addition, we are starting to ask how the cellular composition of these tumors will change after they are treated and if they recur.

Izar: Now that we have shown that this approach works in patient tissue, we need to ask how we might implement something like it into patient care. A next step is to test it in prospective studies, to determine whether our algorithms can help identify which patients will respond to treatment and which are more likely to develop resistance to treatment. If we can demonstrate the feasibility of single-cell RNA-seq in the context of various types of cancer, we will be one step closer to reaching our ultimate goal, which is to use this technology to guide patient care.