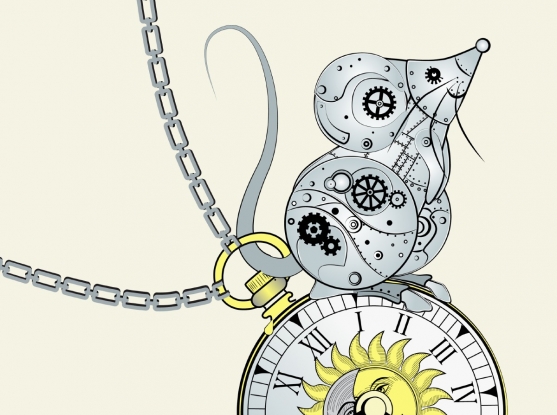 According to a popular saying, ‘timing is everything.’ For acute myeloid leukemia (AML), that adage may be true. In a paper published in the April 7 issue of Cell, an international team led by researchers from the Broad Institute of MIT and Harvard, Harvard Medical School (HMS), and Brigham and Women’s Hospital (BWH) report that AML stem cells, which give rise to an aggressive form of blood cancer, cannot survive without their internal “clockworks.”

These “clockworks,” known as circadian rhythms, serve as an internal time-keeping system for biological organisms—humans included. Circadian rhythms influence our sleep/wake cycles, metabolism, hormone production, and other functions according to a roughly 24-hour, daily cycle. This cycle operates in concert with environmental cues such as light and temperature.

The medical field has long been aware of the existence of these circadian rhythms. Over the past half-century, scientists have gone so far as to map some of the genetic circuitry that keeps these clockworks running. But what hasn’t been known is whether this circuitry is active in every cell, or to what extent this activity might differ in cancer cells versus healthy cells. This new study finds that the circadian circuitry is at work in both healthy and cancerous hematopoietic (blood) stem cells. Interestingly, however, disrupting this circuitry—essentially throwing a wrench in the clockworks’ gears—impairs the viability of AML cells while leaving healthy blood cells relatively unharmed.

The team made the discovery while screening for gene activity that might be essential for the survival of leukemia cells.

“A project in the Klarman Cell Observatory at the Broad was to probe the circuitry of leukemia stem cells,” says Benjamin Ebert, an institute member of the Broad and senior author of the Cell study. “We worked with the Broad’s Genetic Perturbation Platform to perform a genetic screen with the goal of identifying a set of genes that are essential for AML stem cells to thrive.”

To their surprise, two genes that scored in these screens were Clock and Bmal1—genes known to work together in a complex that regulates the body’s circadian rhythms.

“After identifying Clock and Bmal1 as hits in our genetic screen, we were interested because the role of the circadian rhythm in leukemia has not been well studied. We saw this as an opportunity to discover some novel biology,” explains the paper’s first author Rishi Puram, who is a graduate student in Ebert’s lab.

After confirming the findings using additional methods (including short hairpin RNAs, CRISPR/Cas9, and small chemical molecules) the team utilized a “knock-out” mouse model that deleted the Bmal1 gene only within blood cells. The team found that, while AML stem cells required Bmal1 for their growth, normal blood stem cells could survive even if the Bmal1 gene was not expressed.

“What our study showed is that leukemia cells have a greater dependence on circadian circuitry: expression of these two genes is essential for the survival of leukemia cells while normal blood stem cells are able to survive without it. This is exactly what we look for in cancer biology—relative dependence in a cancer cell versus normal cells. That dependency can be a therapeutic target,” says Ebert, who is also an associate professor at HMS and a hematologist at BWH and Dana-Farber Cancer Institute.

While the researchers stress that it has yet to be determined whether this dependence can be exploited for treatment, they say that the findings offer tantalizing possibilities for future study.

“A next step is to determine whether manipulating the circadian rhythm could be therapeutically useful, either by perturbing the pathway directly with a drug, or by changing the way we deliver chemotherapy by dosing it at a time of day when AML cells are especially vulnerable—an approach known as ‘chronotherapy,’” says Puram. Chronotherapy has shown promise in other cancer types, such as gastrointestinal and breast cancers, but it has not yet been shown to be effective in leukemia. The new findings, which provide key insights into the role of the circadian circuitry in AML, suggest that chronotherapy could someday be a useful treatment approach for patients with AML or other blood cancers.

“It’s certainly something to explore given our finding that the circadian circuitry is intact in AML and that gene expression in leukemia cells cycles over the course of a day,” Puram says. “Whether we can harness that for treatment is a question we are interested in investigating down the line.” 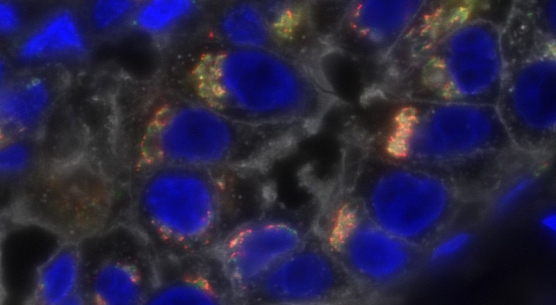