Histone deacetylase inhibitors (HDACi) hold therapeutic potential for many diverse diseases, including psychiatric disease and diabetes. But so far, most HDACi were found to inhibit more than one histone deacetylase, a characteristic that can decrease efficacy and contribute to side effects. In work published in ACS Chemical Biology, researchers Edward Holson and Florence Wagner of the Broad’s Stanley Center for Psychiatric Research, and colleagues present a toolkit of highly potent and differentially selective HDACi, which they developed to understand the role of histone deacetylases in cognition. The paper also reports the results of a collaboration with Bridget Wagner of Broad’s Center for the Science of Therapeutics, who used the toolkit to reveal that the isoform selective inhibition of HDAC3 by BRD3308 protects pancreatic beta cells from the effects of diabetes. 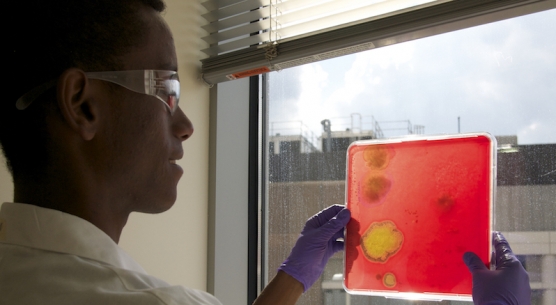